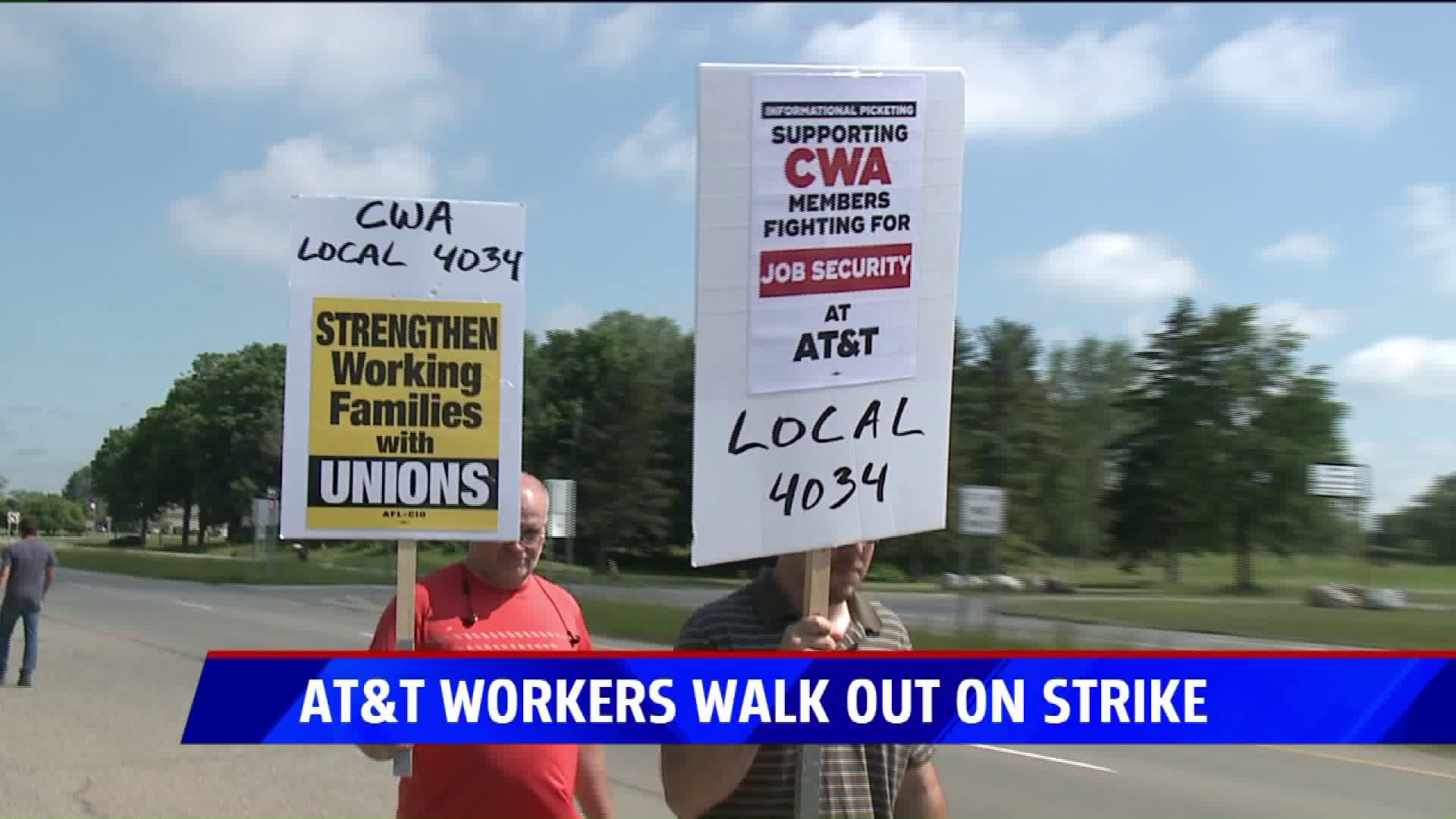 MICHIGAN -- More than 700 AT&T workers in Michigan walked out of work Friday. They joined over 14,000 across five states,striking in the midst of a contract dispute.

The ‘Communications Workers of America’ represents technicians who do installation and repair work. They’re at odds with AT&T over contractor negotiations in the Midwest.

They say in recent weeks the company has tried to bypass the union and emailed the workers directly.

Nearly 700 Michigan AT&T workers stepped away from their trucks and onto the picket lines.

"They feel like the company has violated the National Labor Relations Act so they've kind of taken action into their own hands," says Ryan Letts, CWA Local 4034 President.

The Communication Workers of America union walked out over a contract dispute which also impacts employees in Wisconsin, Illinois, Indiana, and Ohio.

They've been at the negotiating table since March. Recently, AT&T gave what they say is a "final offer," emailing employees directly to encourage them to take it.

In a statement AT&T says in part, "A walkout is not in anybody’s best interest, and it’s unfortunate that the union chose to do that."

They go on to say,  "We’re offering a generous package including annual wage increases, continuation of job security...healthcare and retirement benefits...." and maintain that "All employees covered by the offer would be better off."

But Letts says they'll be on the picket lines as long they need to be. And if you're an AT&T customer this walkout may impact you.

"Most of the services that AT&T offers outside of the cellular realm come from the workers that are currently on strike," says Letts.

The CWA Local 4034 president says they are currently in negotiations with AT&T. The company says they are prepared continue to serve customers even with the work stoppages.