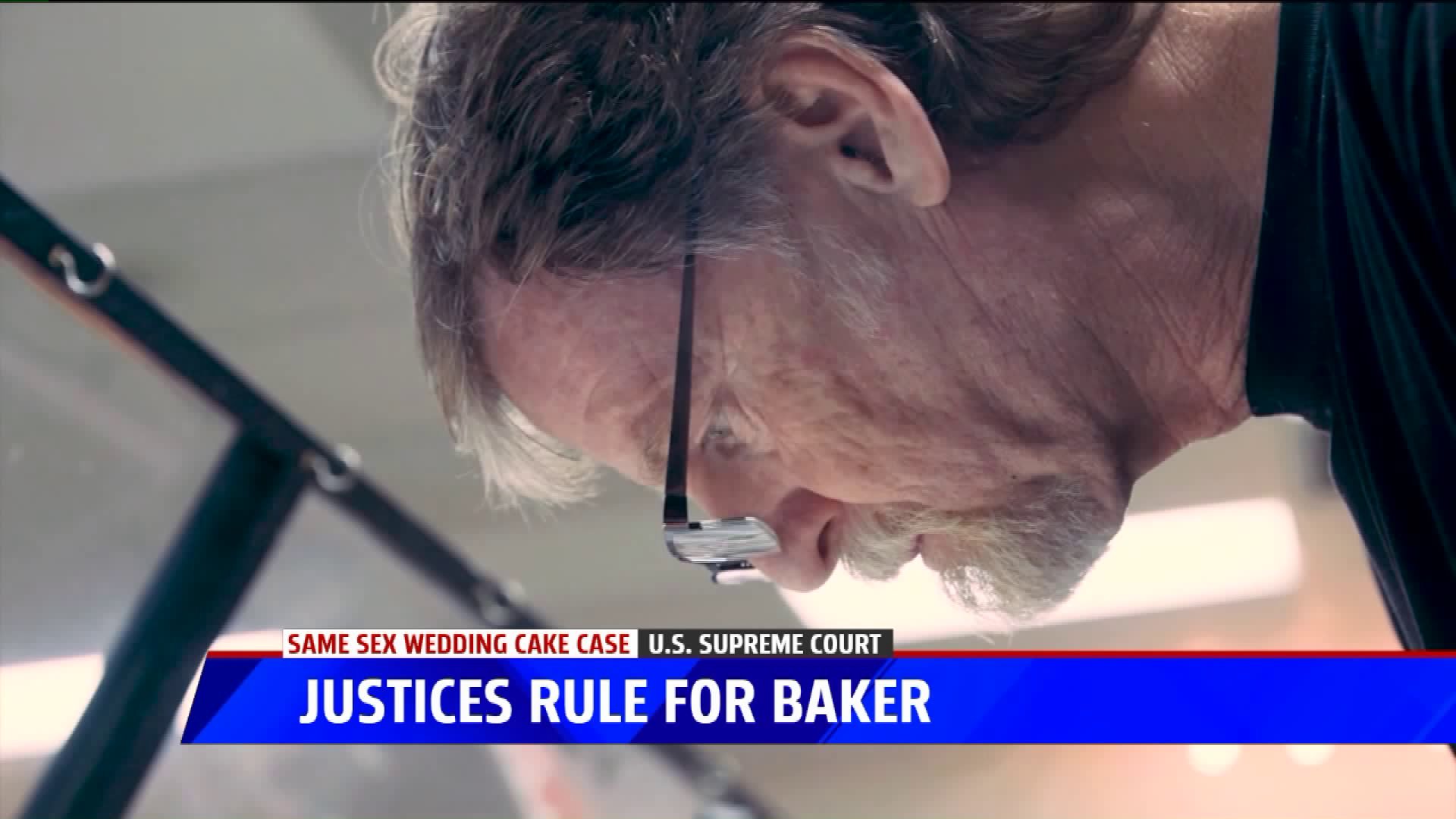 WASHINGTON (AP) — The Supreme Court is setting aside a Colorado court ruling against a baker who wouldn't make a wedding cake for a same-sex couple.
But the court is not deciding the big issue in the case, whether a business can refuse to serve gay and lesbian people.

Justice Anthony Kennedy says in his majority opinion that the issue "must await further elaboration." Appeals in similar cases are pending, including one at the Supreme Court from a florist who didn't want to provide flowers for a same-sex wedding.