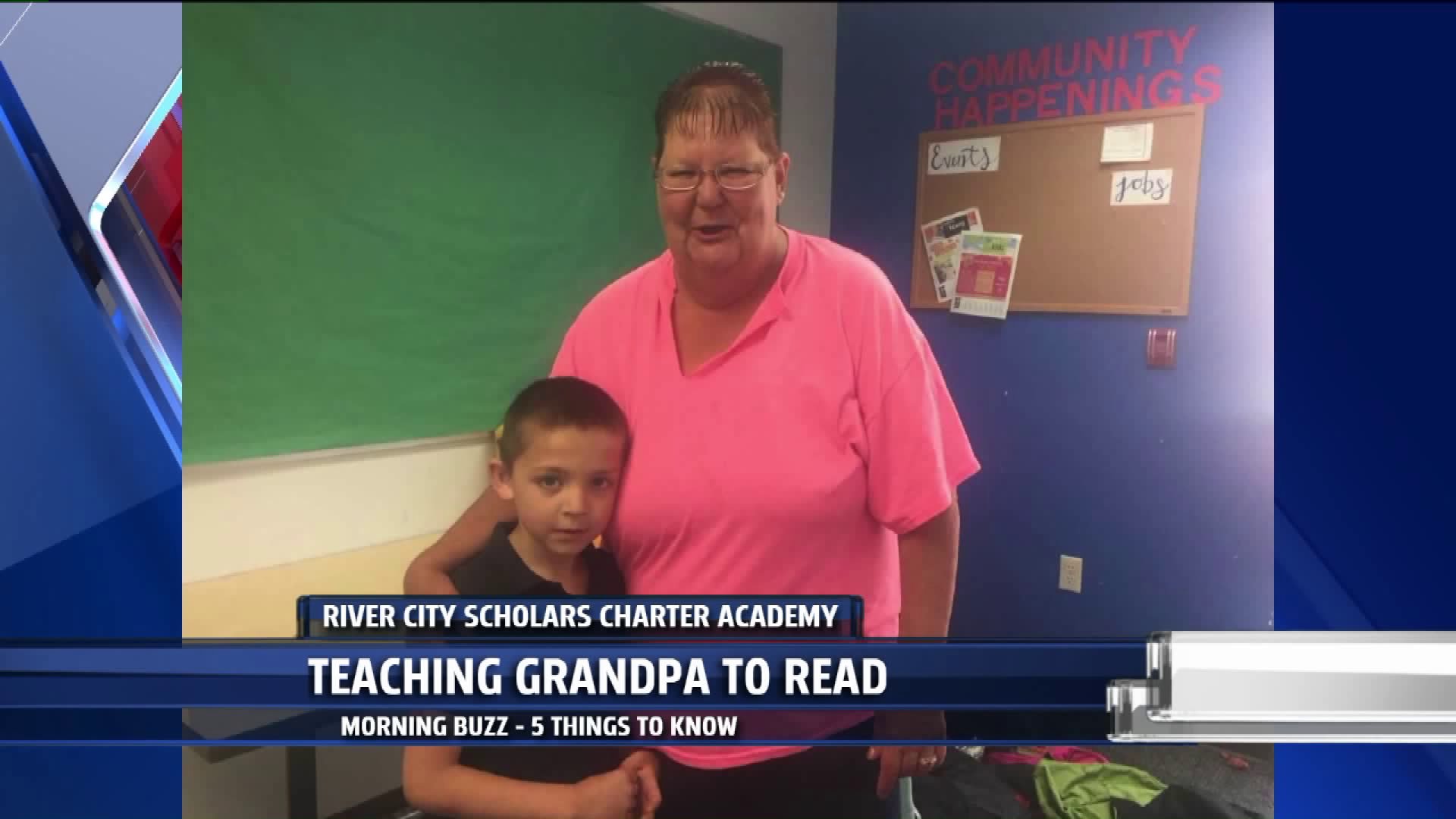 1. Some kids in West Michigan are getting the chance of a lifetime. They got to throw on a Lions jersey and learn from the pros.

On Monday, the team hosted the second of 27 scheduled camps at Montague High School. Kids were grouped with local high school and college coaches to learn the fundamentals, but also about the sportsmanship and safety behind the game.

It's a non-contact camp, but the kids still get fitted for helmets and shoulder pads, and will learn about proper tackling.

Fox 17 Morning Mix is having a contest going on right now for a chance to win a spot in some of these camps, plus tickets to a preseason game!

2. A Kindergarten student in West Michigan is getting a lot of attention because the 6-year-old taught his grandfather how to read.

Zayden is a student at River City Scholars Charter Academy, whose grandfather had never learned to read as a child. Since Zayden spent the school year learning how to read and do math, he wanted to teach his grandfather, and he did.

The two now sit and read books together, with Zayden helping his grandpa sound out words.

Zayden is now working on teaching his grandpa how to tell time and some basic math skills.

3. The iconic Corner Bar restaurant that burned down last summer in Rockford, is hoping to reopen before the end of the year.

The Corner Bar caught fire last August, destroying much of the beloved building. Over the past 10 months, crews have been working to save the brick exterior.

Now the owners say they hope the restaurant can reopen exactly one year after the fire. If not, it will be ready before 2019.

4. Chick-fil-a has even more options for meals, as the chain reveals a secret menu of items.

"Hack The Menu" says the items may be even more popular than the regular offerings. All the foods are variations of ones seen on the typical menu.

The Buffalo Chicken Sandwich is the spicy chicken sandwich with a signature zesty buffalo sauce.

Spicy Char is a grilled version of the spicy chicken sandwich and also goes by the name "Spicy Char-Grilled Chicken Patty."

The Fried Chicken Club is a twist on the grilled chicken version.

No one knows who invented the peanut butter cookie, but we do know who helped get them going.

We also know who you want to help out when you buy them, the Girl Scouts. They're infamously known for their great peanut butter cookies.