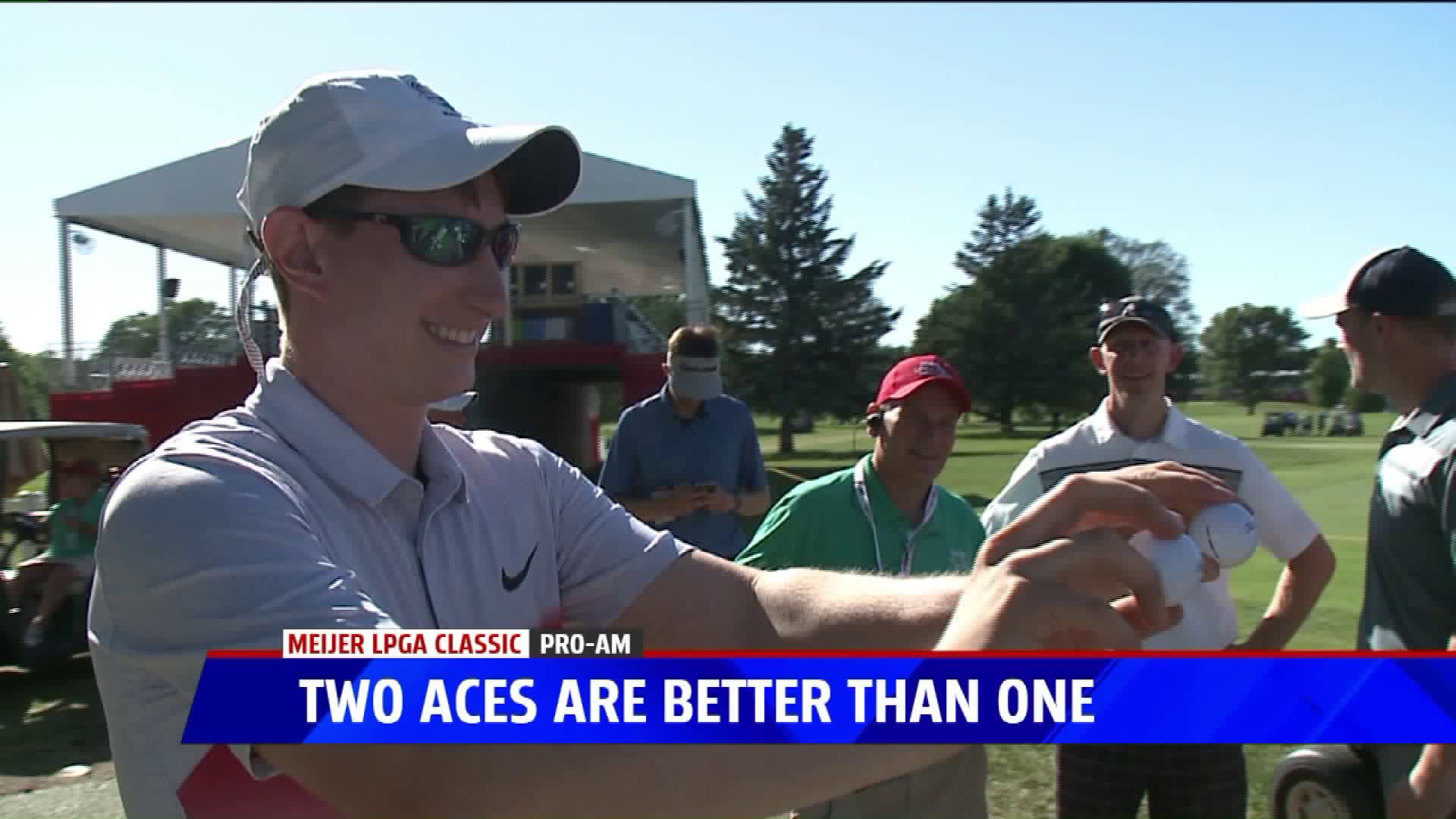 DAniel Gannon has never had a hole-in-one before Wednesday

PLAINFILED TOWNSHIP, Mich -- Daniel Gannon says he had never had a hole-in-one before. That changed Wednesday as he made not 1 but 2 aces in the Meijer LPGA Classic Pro-Am playing with Julieta Granada.

"I can not even imagine it" Gannon said. "I had a great team was really just able to get some solid contact and a little bit of luck that is what you need out here so I was speechless I didn't even know both went in and it has been a big celebration all 18."

"I have never seen any pro or any am make a hole in one in a pro-am" Granada said. "It was amazing that he had the first one on fourteen it was a beautiful shot and then same club on six he made it again we were just screaming and laughing and just it was, what a day."