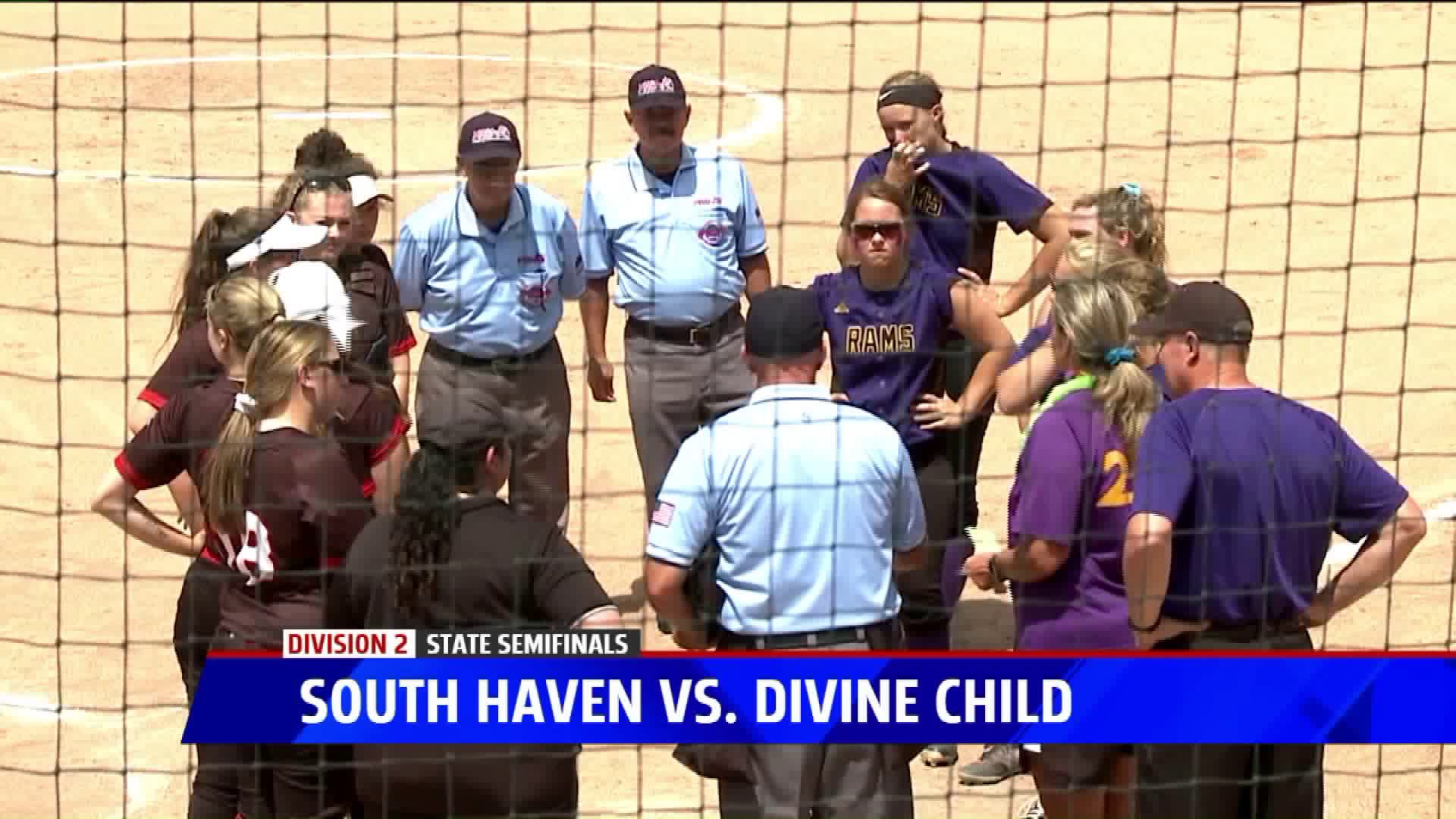 EAST LANSING, Mich. -- The South Haven softball team scored four runs in the top of the first inning on its way to a 14-0, five-inning mercy rule win over Dearborn Divine Child Thursday in a Division 2 state semifinal at Michigan State University.

"You know we've been riding this as the underdog," South Haven head coach Wilma Wilson said. "The kids came in early on offense, and I was actually happy we lost the toss, because we needed to hit first today."

Senior Hayley Kreiger allowed just one hit in the circle for the Rams, who are back in the finals for the first time since 1979.

"I think it's just super excited that we all had that energy," Kreiger said. "It hasn't happened in a really long time, and we're going into the state finals now. And, I think, knowing that we're going in and we have one more game after this gave us all that energy."