Video: Woman arrested after fit of rage at Planet Fitness 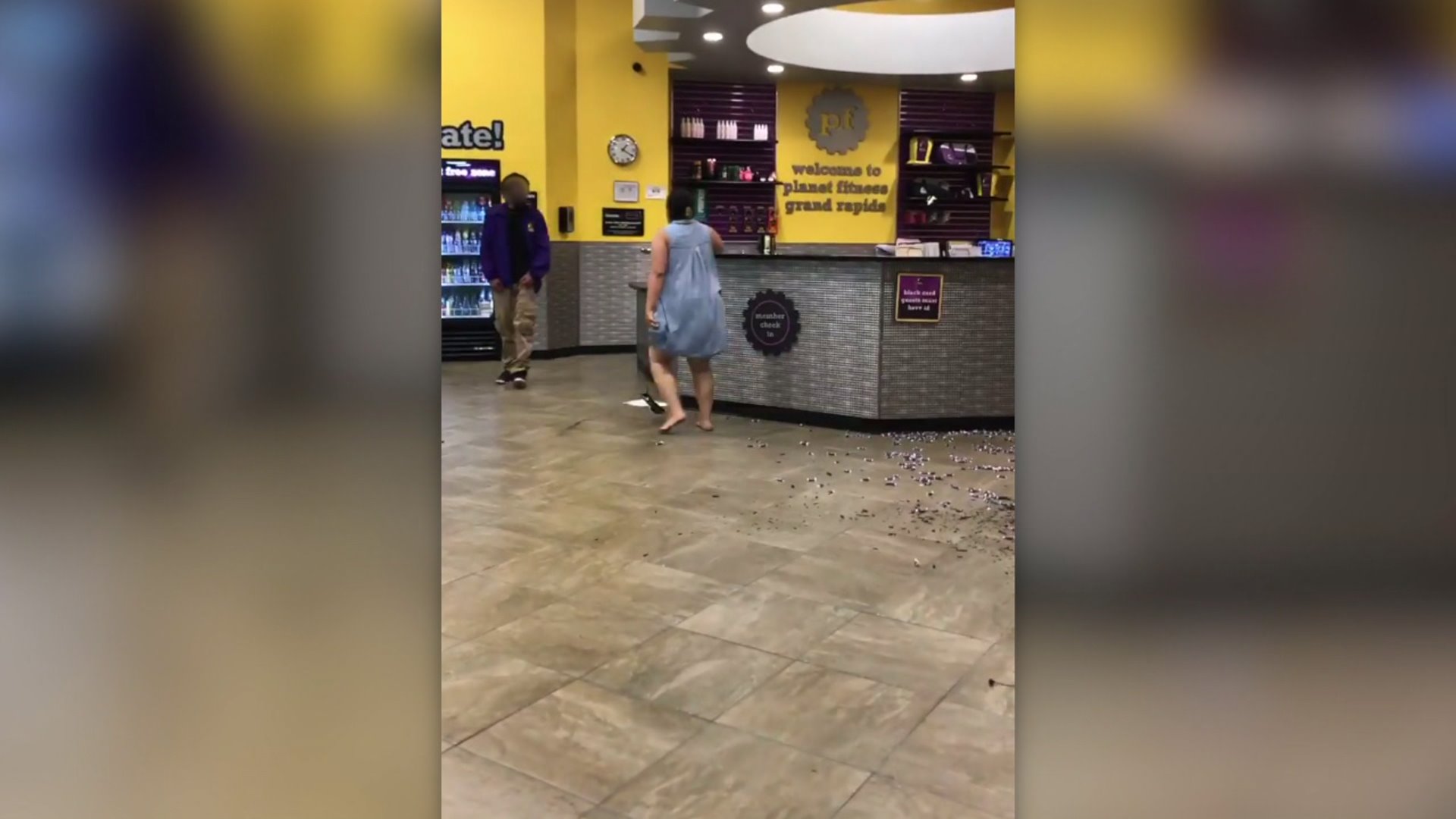 GRAND RAPIDS, Mich. – A woman was arrested after damaging equipment during a fit of rage at a Grand Rapids fitness center.

The incident happened around 1:30 a.m. on June 12th at the Planet Fitness on 28th Street near the East Beltline.

The incident was caught on cell phone video.  The 20-year-old woman is seen arguing with employees, throwing computer monitors and damaging a phone.  Grand Rapids Police say she is being charged with Malicious Destruction of Property, $200 – $1,000.