Get to know the candidates: Shri Thanedar 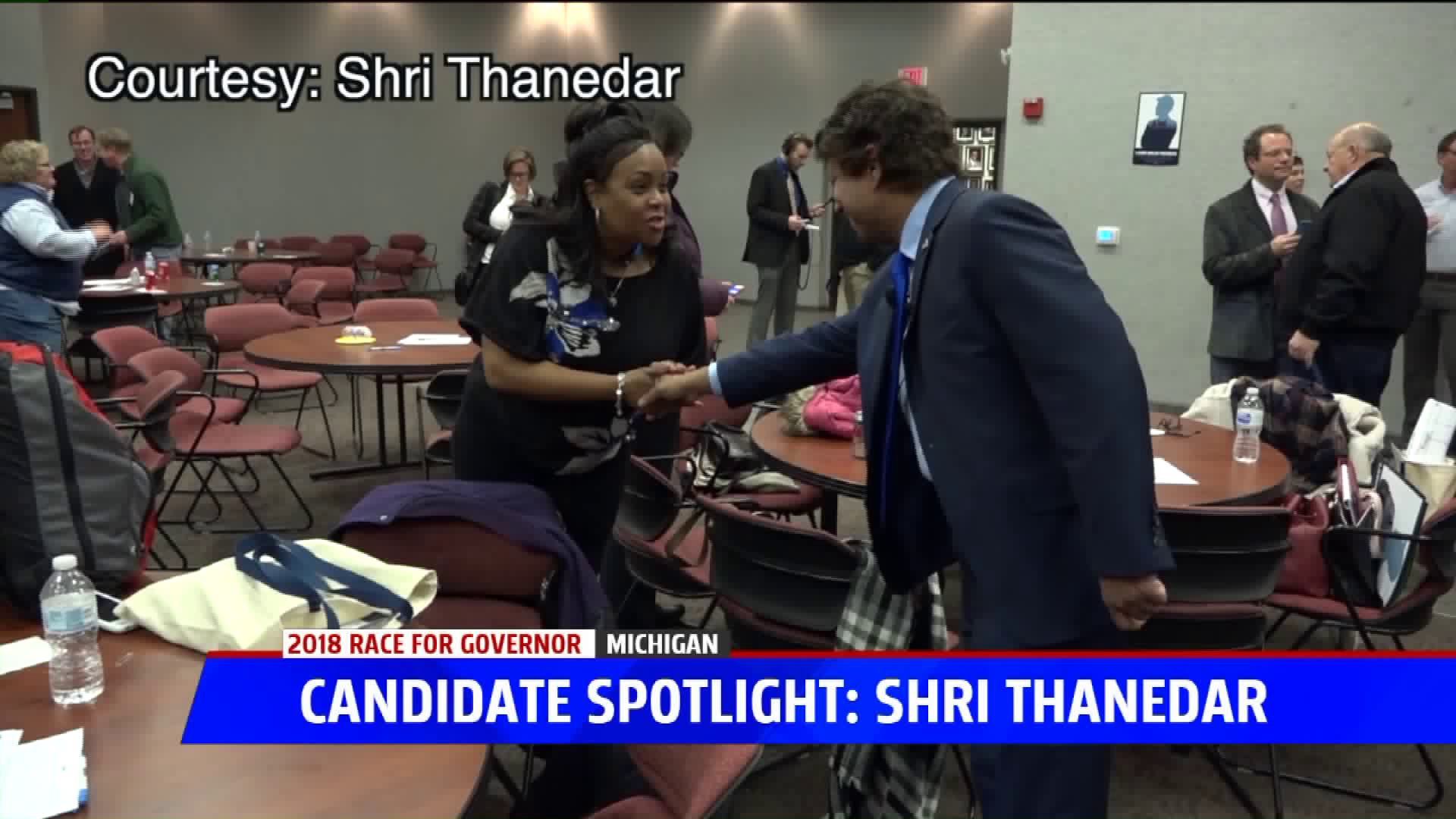 ANN ARBOR, Mich. -- After making a major career change from chemical analytics to campaigning for governor, Shri Thanedar (D) says he hopes to take Michigan to the "next level."

FOX 17 is bringing viewers features on each major candidate for governor through an in-depth, personal look at the people behind the ballot. Thanedar is the latest candidate in the series.

“Every time things get difficult, I take that negative energy and make it into a positive energy," Thanedar tells FOX 17.

That's a skill Thanedar has gotten a lot of practice with during his campaign. Growing up in a small town in southern India, Thanedar was one of eight siblings. His family fell into poverty when his father lost his job. that’s when he says his mom, who he calls his "number one hero," stepped in to support the family.

“She was not even allowed to complete her graduation from high school and yet she’s one of the smartest persons I know," Thanedar says.

At only 24 years old, Thanedar came to the United States by himself to work and study at the University of Akron in Ohio.

“There’s a rumor I had $20 in my pocket when I came to America. I actually had 16 because I had a couple of beers on the plane,” Thanedar says.

He says he only made $300 a month as a teaching assistant while he worked on his doctorate, sending $75 of that to his family in India. Thanedar says at certain points he slept in his car. In 1982, he took a job at the University of Michigan before moving to St. Louis, where he started a business. Then tragedy struck his life again. When their sons were 4 and 8 years old, his wife passed away.

“I raised my boys as a single father for several years before I met Shashi,” Thanedar says.

Now his wife, Shashi is who Thanedar calls his "second hero," he says, after his mom.

“She gave so much. Our family was really hurting," Thanedar says. "We were really struggling. The boys were struggling, I was struggling with that. She came in and gave so much compassion and caring and made our home a happy home again.”

In 2008, his family took a hit during the recession and he lost nearly everything. In 2010, he and his wife packed up and moved to Ann Arbor. Now Thanedar has put millions of his own dollars into the gubernatorial campaign.

“My intention here is to make a difference and take our state to the next level," Thanedar says.

“That’s my focus. That’s where it all starts, with education," Thanedar says. “We need to fundamentally change our state. We need to invest in education and to give people opportunities. One of the things I want to do is be the best education governor this state ever had.”

The Michigan primary election is August 7.