Bottle of whiskey given to ‘last man standing’ of WWII vets 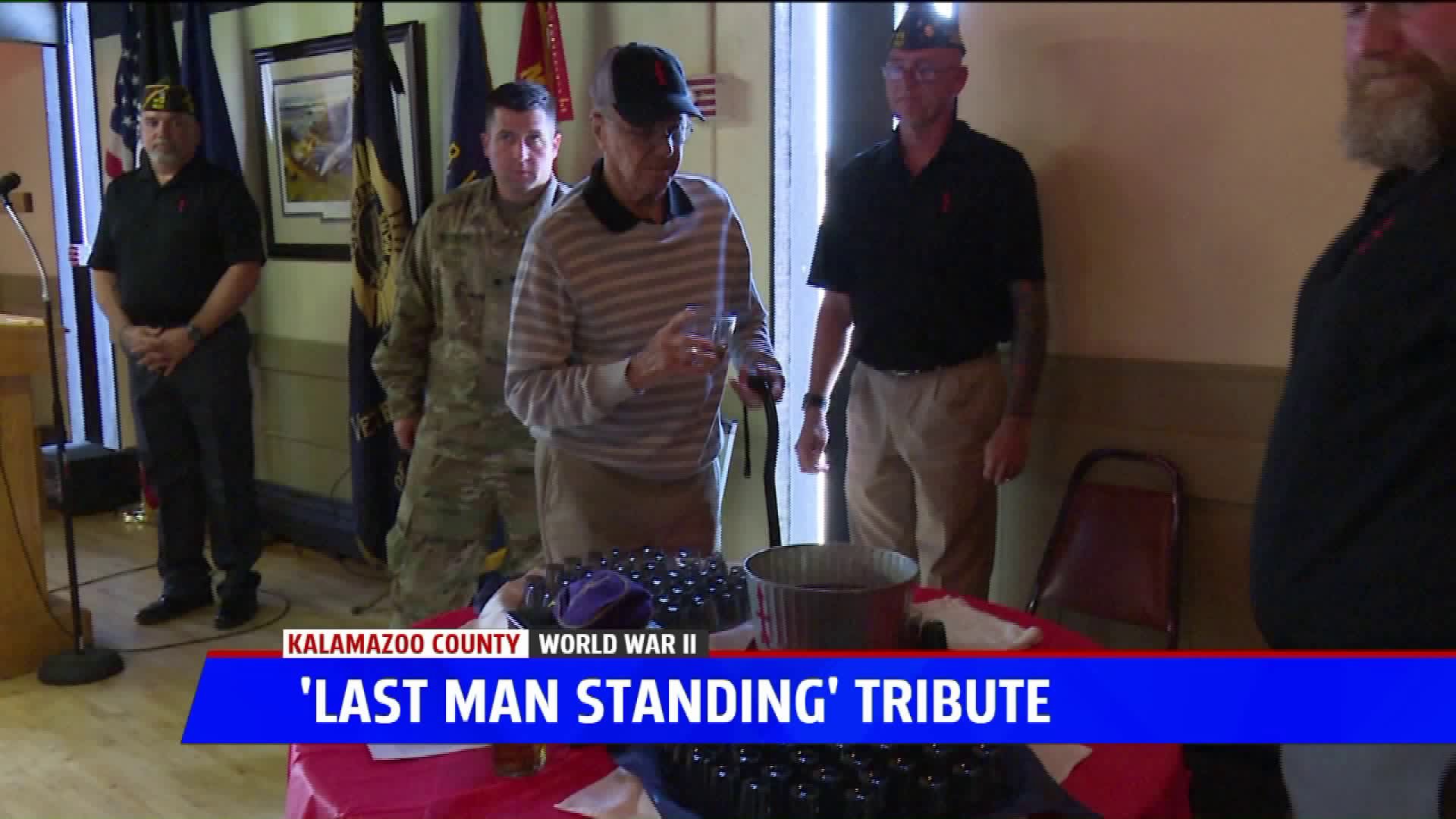 It was a tribute honoring 94 men who deployed to World War II out of Kalamazoo County. All the men have passed away expect for Fred Spencer, 93, who took part in the special 'Last Man Standing' tribute to honor the other men.

The names of the men were read and then a shot of whiskey was poured into a bucket of sand. "Then buried under a dedication plaque that we have for them," said Patrick Meine, Junior Vice Commander, VFW Post 1527.

The 'Last Man Standing' agreement was made years ago while the men were deployed, to purchase a bottle of whiskey that would go to the last surviving member of the unit.

Michigan Senator Margaret O'Brien and State Representative David Maturen took part in the tribute and gave Spencer a 'special tribute' award on behalf of the state of Michigan.

“We are grateful for your [Spencer] service that you and your comrades gave to our country, thank you," said O'Brien.