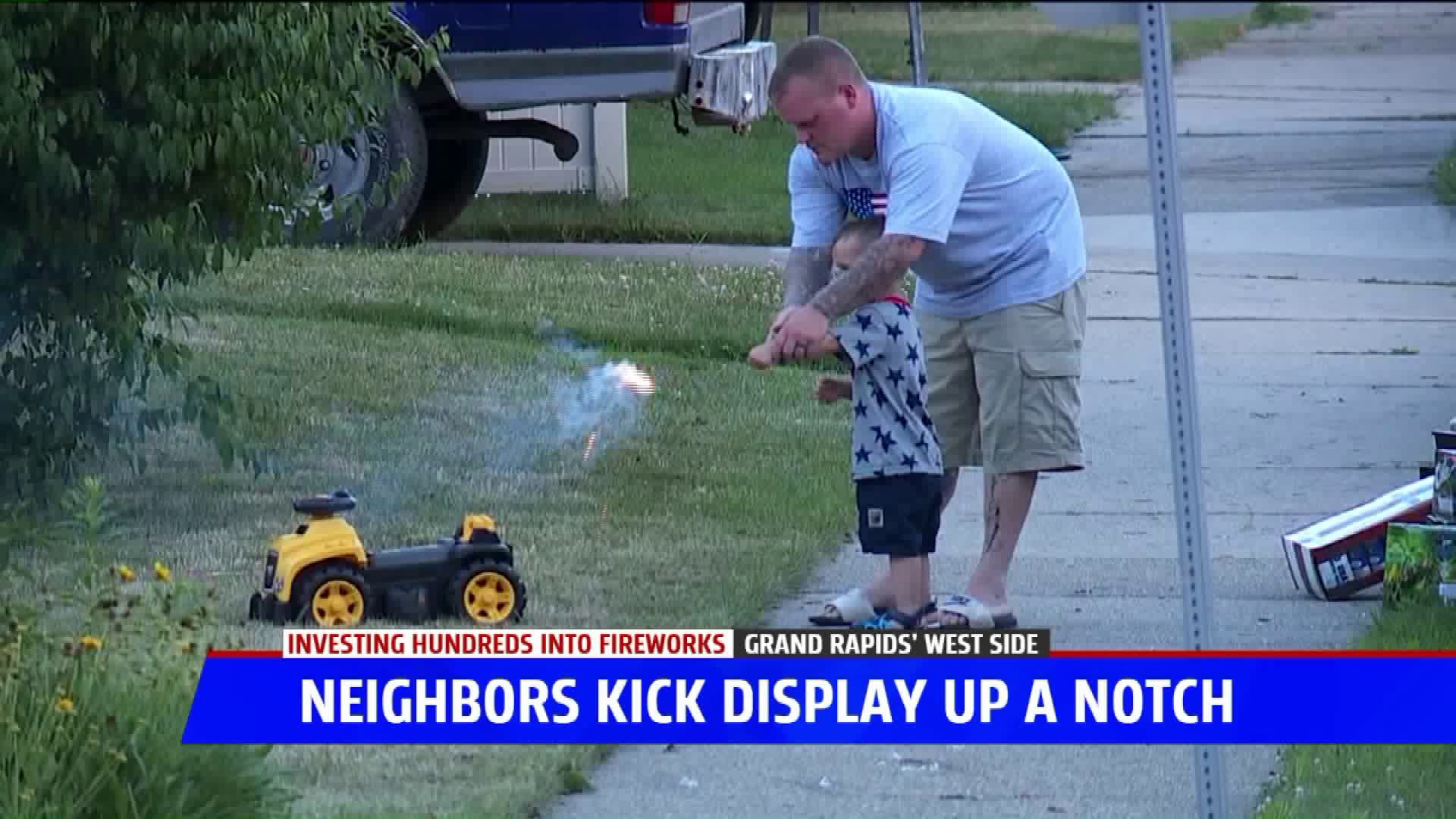 GRAND RAPIDS, Mich--  A group of neighbors has joined forces to light up the night sky this Fourth of July.

The Eatons said they got the idea after learning the City of Grand Rapids wouldn't be putting on the Amway Family Fireworks until Saturday.  Peter Eaton is now putting on his own celebration at his parents' home off Walker Avenue, something they've spent hundreds of dollars on.

“I can say that my two neighbors probably spent their rent money," said Peter. "Dad is dipping into his retirement fund which we’re thankful for because the kids love it.”

Peter posted about the family's plans on Facebook, inviting anyone to come out.

“I gave the address from Fremont to Tamarack on Walker, anybody can come and there’s like 18,000 people in the Westsiders page so I knew a few would bite,” said Peter.

A couple homes in that area are taking part in the event, all of whom have their own haul of fireworks to contribute.

Organizers say it's all about giving kids the experiences they had when they grew up. They also tell FOX 17 you can't put a price on spending time with your family during the holidays.

“This is our last hoorah. Who knows what’s going to happen next year? But if we can afford it, we’ll do it again,” said Thomas Eaton.

“They work hard so they can play hard and what better way than to send 15 dollar rockets into the sky I guess?” Peter told FOX 17.