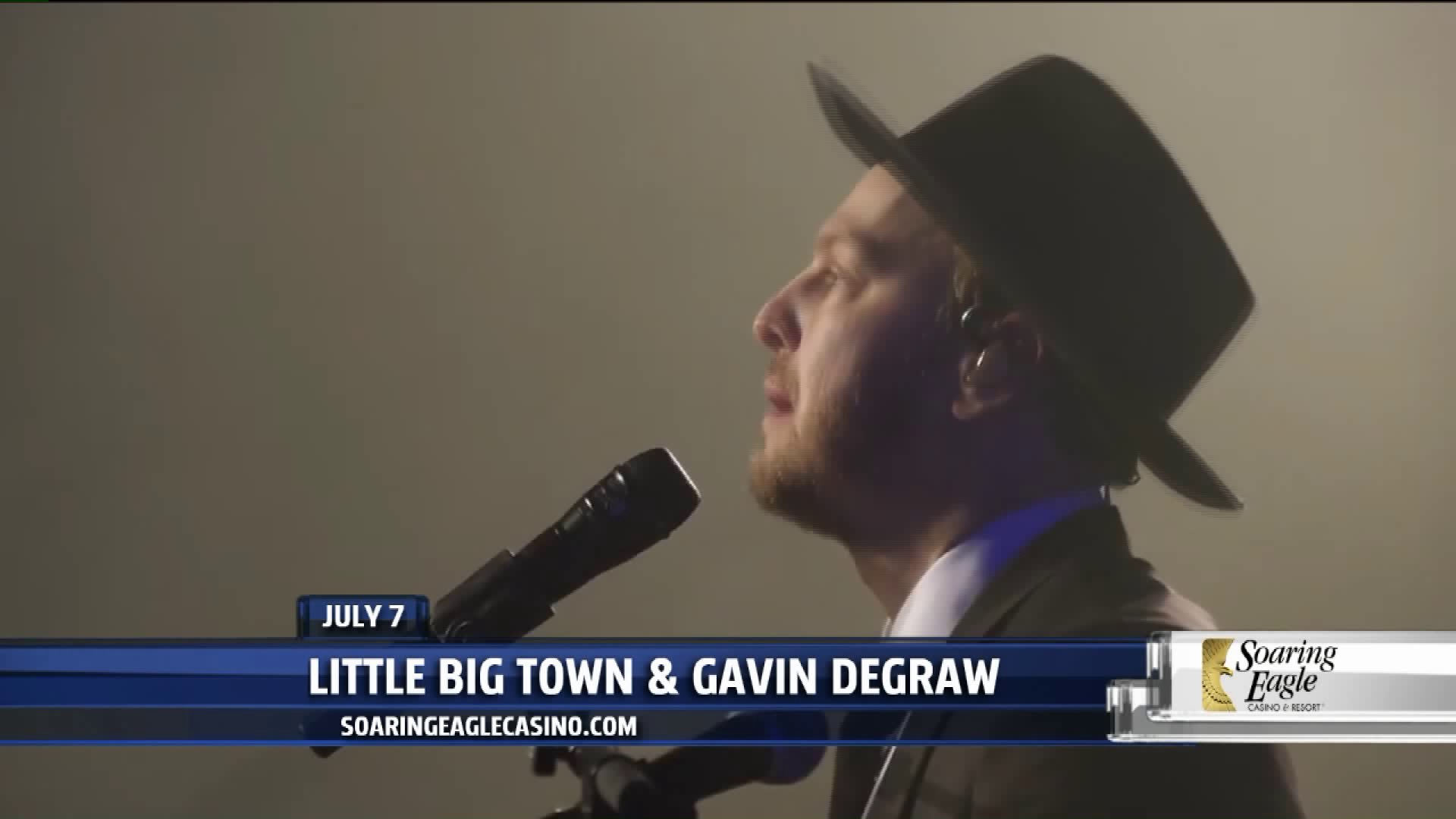 Soaring Eagle Waterpark and Hotel is a great place to spend summer vacation! This weekend, they'll be having yet another themed weekend, Take Me Out To the Ball Game.The night will start with baseball crafts like a baseball door hanger, baseball buddies, a cupcake liner baseball, and a number on baseball fan craft.

Then the following weekend, they're going Under the Sea. On July 13 and 14, kids can make a popsicle fish or mermaid and an under the sea stained glass craft. As always for both themed weekend,s there will be story time with Nokomis and a movie.

There's never a bad time for pizza, right? If you book an overnight stay at Soaring Eagle Waterpark and Hotel, you can get a free pepperoni or cheese pizza, a pitcher of pop and waterpark passes. This deal ends on Aug. 31. To make your reservation, call 1.877.2EAGLE2 or go to soaringeaglewaterpark.com

If pizza isn't your think how about checking out Chef's BBQ on the Bricks. It takes place every Friday from 3p.m. to 8p.m.They'll be serving up special weekly favorites ranging from ribs, brisket and chicken along with salads and zesty sides. Also, there will be entertainment on the patio, too.

If you find yourself staying at Soaring Eagle Casino Resorts on July 4th, be sure to watch their annual fireworks show! The show starts at dusk near the outdoor concert area. The event is completely free and includes parking.

Soaring Eagle Casino just added one of the biggest names in country music to their summer concert lineup. Little Big Town with special guest Gavin DeGraw will be taking the stage on July 7. Little BigTown has been together since 1998. In that time they've earned two number one radio hits, a Grammy, two ACM Awards, three CMA Awards, and an Emmy. Hot on the heels of their wildly successful album "Tornado," Little Big Town continues to find success in their sixth and latest album, "Pain Killer."

Gavin DeGraw is a multi-platinum selling singer, performer and songwriter. He made his name in music with his album "Chariot," which sold over one million copies. Gavin is known for other hit singles like "Best I Ever Had", "We Both Know", and "Not Over You."

Also, tickets are now available to Disturbed featuring Three Days Grace. They'll be performing on July 12. Disturbed is an American heavy metal band and throughout their career they've received a Grammy Award nomination in the category of "Best Hard Rock Performance for their hit, "Inside the Fire." They created nine number one singles at Active Rock Radio, and have sold over 12 million records globally.

Three Days Grace has sold more than six million records in the U.S. and holds the record for most number one songs at Active Rock Radio with hits like "Break", "The Good Life", and "World So Cold."

Nickleback, with very special guest Pop Evil, is taking the stage on July 20. Nickleback stole the music scene in the late 90's and is known for their songs "How You Remind Me" and "Too Bad." They've also worked with other rock stars including Kid Rock, Gene Simmons, and Nelly Furtado.

Pop Evil is from right here in West Michigan, and known for their surging sound incorporating metal, alternative, hard rock and even  electric music.

On July 25, Godsmack and Shinedown with special guest Like a Storm will take the stage. It's been 20 years since Godsmack released their debut album and 20 million album sales later they are coming back stronger than ever. "Bulletproof", the first single off their new album has fans singing their praises. Multi-platinum rock band Shinedown recently announced the release of their sixth studio album "Attention, Attention". Their single "Devil" is already gaining momentum with more than 1 million YouTube views.

Head to soaringeaglecasino.com for a complete list of concerts coming to Soaring Eagle Casino. All of these shows have tickets available at etix.com.

It's a party! Celebrate your birthday at Soaring Eagle Hideaway RV Park. You'll get a four-hour rental block for the clubhouse or pavilion, boat rentals, beach access, party decorations and so much more. Also, he have awesome add-ons like volleyball court rental and a pizza package. To book your party call 1.989.817.4825.