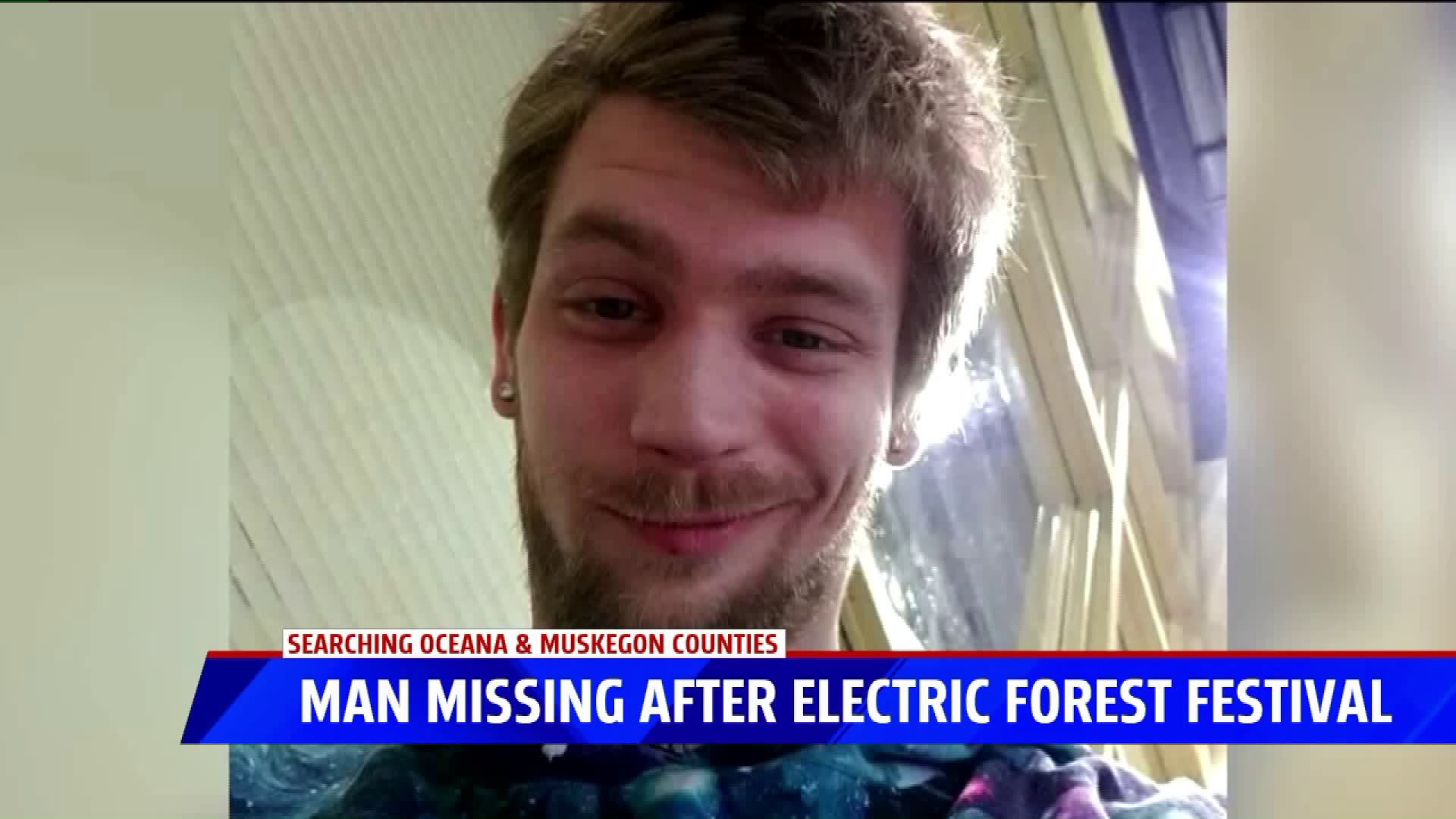 They say they haven't heard from him since last Sunday and they fear he is missing.

Gary Graves tells FOX 17 his son was with his girlfriend, Kaela, at the Electric Forest music festival on Sunday evening when they got into an argument.

“It was just a stupid argument," Graves says. "He was jealous or something. Somebody was talking to her or something, boyfriend-girlfriend stuff.”

According to the missing person fliers the Graves family has been distributing, after the argument Kevin said he was going back to his tent but was not there later.

“Kaela said there was something, he just wasn’t acting himself and he just went off," Graves says. "So she don’t know what he did. She has no idea.”

On Thursday Graves and his son Tim went to a Marathon gas station in Muskegon because they got two tips that Kevin had been seen there on Tuesday. Graves says the staff is reviewing the surveillance footage to see if it was in fact Kevin who was in the store.

Kevin is described as 6' tall, weighs 185 pounds, blue eyes, sandy blonde hair, has a light complexion and has a "USMC" tattoo on his left shoulder.

Graves says he just wants Kevin to know that he can come home.

"Everybody wants him. We all love him," Graves says. "We’re not mad at him. We just want him to come home.”

Graves describes Kevin as a gentleman, friendly and someone who would never randomly disappear.

“It’s heartbreaking.  I’m just tore up," Graves says. "He’s my baby. I just want him to come home. That’s all I want. I know his mother does, too. She’s worried sick. If there’s something anybody can do we’d appreciate it.”