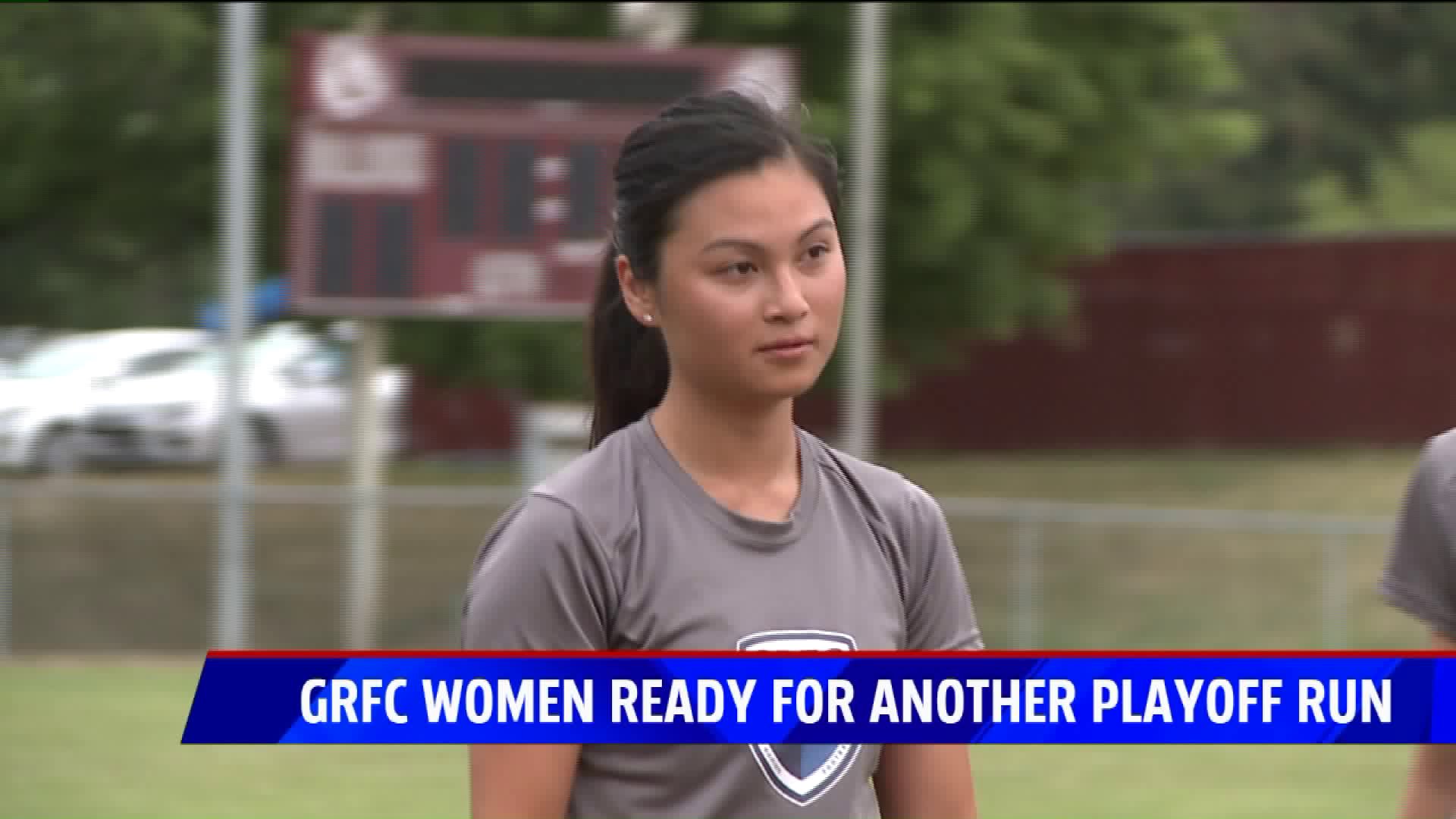 GRANDVILLE, Mich. -- The Grand Rapids Football Club Women are headed to the playoffs for the second straight year in only their second year of existence. They will make the trip to Lansing on Thursday to face the Detroit Sun.

After a number of player and coaching changes, new head coach James Gilpin said the journey back to the playoffs was certainly a bit more difficult this season.

"It was a little bit different than last year, cause we had to put it together in two or three weeks but the girls did gel very quickly," Gilpin said. "They understood the ideas we wanted to do. We did have six players that came back from last year, so that ambition that the players had to still win a national championship was great for me to feed on, and the new players came in and fed off that as well."

The GRFC Women are entering the playoffs on a high note after winning 7-1 in their final regular season game.

First-year player Cindy Lay of Australia had a hat trick, an accomplishment that impressed her and the entire team. "The team did a good job getting the ball to me in the first place. It's a team sport," she said. "I made those runs, and I was there at the right time and right place."

The team plays Thursday at 6 p.m. as they try to beat the Detroit Sun for the third straight time this season and advance to the regional finals on Saturday.