Homeless man charged with murder in death of another homeless man 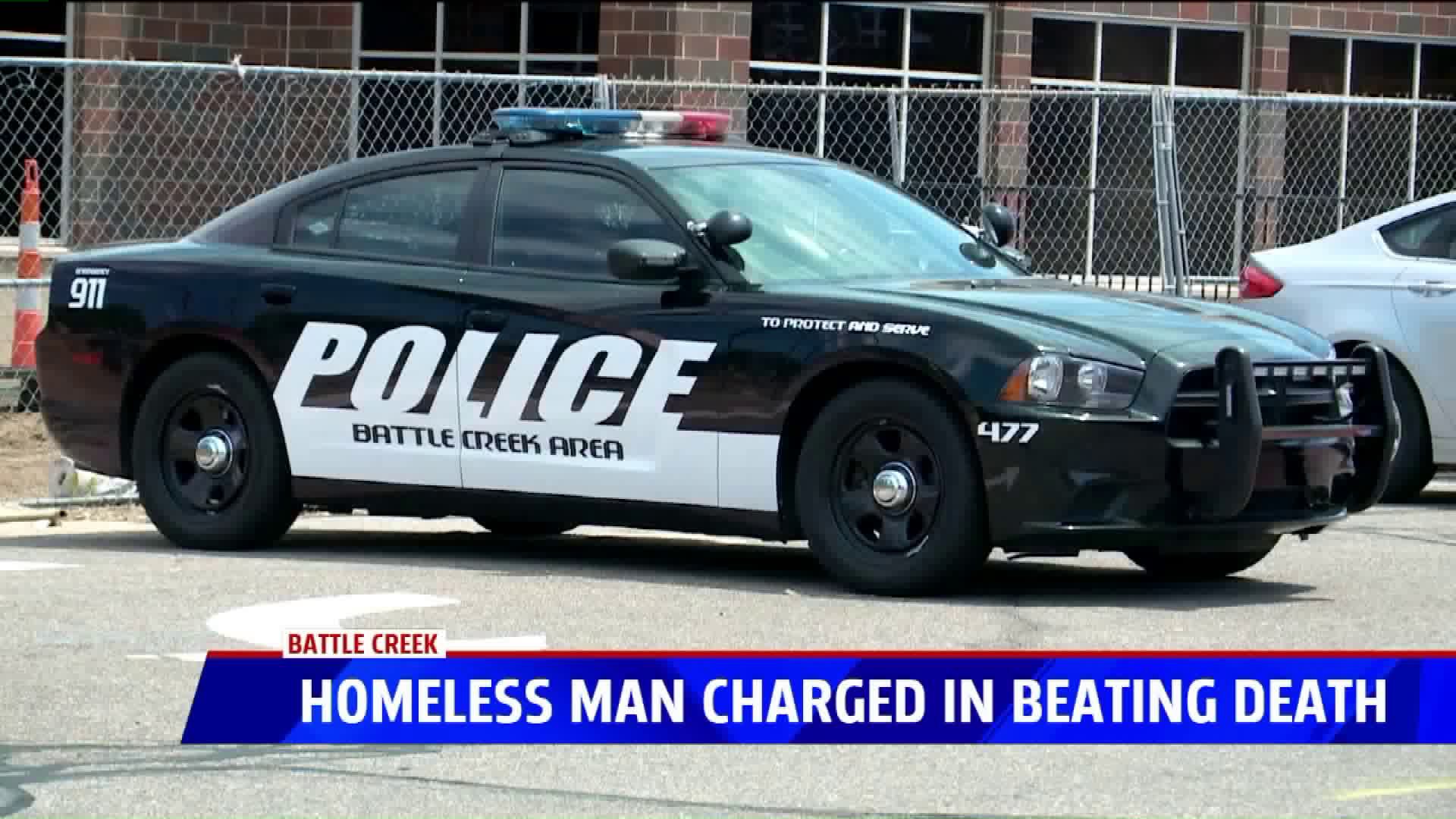 BATTLE CREEK, Mich. — A homeless man in Battle Creek was arraigned Thursday afternoon at the Calhoun County courts in the death of another homeless man. Police said they got into a scuffle before the man was arrested.

“Was his intent to kill him or was his intent to assault him over whatever it was they were arguing about,” said Detective Sgt. Todd Elliott during at press conference at headquarters. “It appears that it was just a fight that went way too far.”

Elliott said police were dispatched to Liberty Convenience store on Green Street  just after 11:30 last night, where one of the homeless men were living. Once police  arrived, they found a man unresponsive.

“There was a 55-year-old male that was found on the ground and he was bleeding from the face,” Elliott said. “Through the investigation there were two people that were near the scene and one of them was determined to be the possible suspect in this.”

Police learned after the fight, the victim — who authorities are not identifying at this time — tried to get up a few times. However he ultimately collapsed.

“That's still kind of under investigation, exactly what they were arguing about but it led to a physical fight where the suspect struck the victim several times in the face just with his fists,” Elliott said. “There were no weapons used in this.”

However, alcohol was involved Elliott said. Police were notified about the incident from the jail.

“Somebody down there had either seen the assault or saw the victim laying on the ground and walked over to the county jail and told them about it,” he said. “They called us and then we got down there.”

He said the suspect, 54-year-old William Kazee, confessed to police that he was involved in a fight with the victim. He was later arrested. Thursday he was charged with open murder.

“This was just an argument that led to an assault which unfortunately led to a man’s death,” Elliott said.