West Michigan voters looking for ‘common ground’ ahead of election 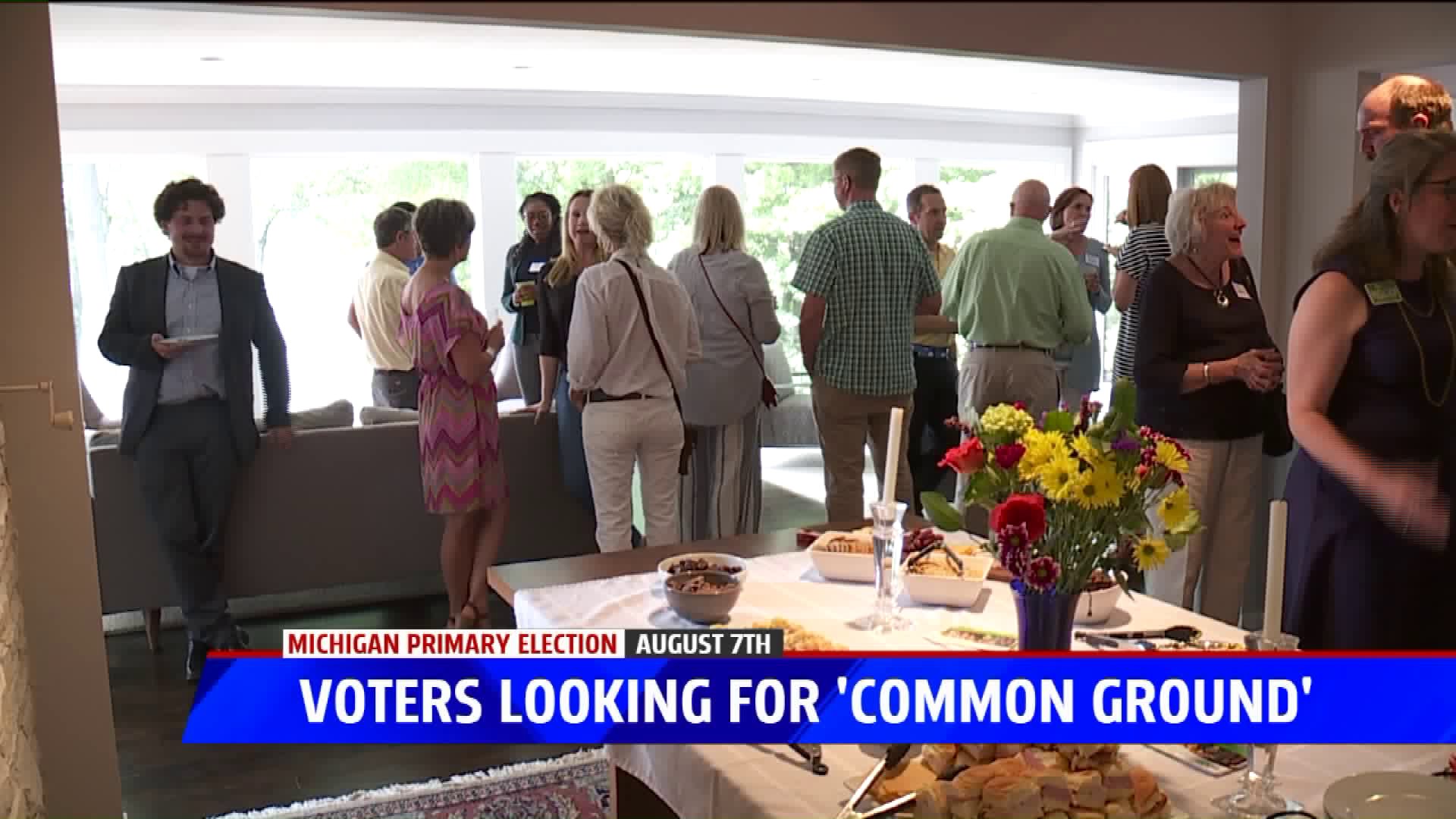 GRAND RAPIDS, Mich.-- On Thursday night, Democrats and Republicans met on opposite sides of Grand Rapids to discuss issues ahead of the August 7 primary and members of both parties say they want to find a way to work across party lines.

“Women in general care about the economy, care about national security and care about a slew of other issues," Michigan Republican Party Co-chair Amanda Van Essen Wirth tells FOX 17. Wirth says she's been spending a lot of time with voters ahead of the primary election and sees frustration among her base.

According to Pew Research Center, the partisan divide on political values is growing wider than ever. That rift is being felt by West Michigan voters.

"By and large, Republican women don’t feel like the media and Democrats really listen to Republican issues, which are women’s issues," Wirth says.

Lawmakers like State Representative Winnie Brinks (D), who is running for Michigan Senate in District 29, says working among deep partisanship is the hardest part of her job in Lansing.

“Frankly, it is very difficult to get bipartisan stuff actually done and it’s really, I would say that that’s the most discouraging thing about my job, is the fact that there are people who are not willing to work together on issues that we share," Brinks tells FOX 17.

One former state representative says the current partisan divide is the worst he's ever seen.

“We have to get back to what I would call normalcy in our public life," Former State Representative Steve Pestka tells FOX 17. "The situation today is so polarized, so estranged, people are so angry with one other and frankly, I’ve never seen anything like it in my life and I’ve been in politics for almost 50 years.”

Some say social media plays a part in adding animosity between political parties.

“I think it’s really important for people to be civil," voter Nathan Pestka tells FOX 17. "I think way too often we get into who can zing the other one on Facebook better than the other one did and that doesn’t really do anything.”

Wirth agrees that a lot of politically-charged dialogue happens on social media.

“Social media has so many wonderful things but also some things that are a little negative, in part the ability for people to just attack," Wirth says. “It’s much easier for people now to be part of the criticism, part of the problem without being part of the solution and just lob insults.”

East Grand Rapids resident Elizabeth Welch co-hosted an event on Thursday evening for District 76 State Representative candidate Rachel Hood (D). Welch says when she has conversations with Republicans, it's not as contentious as some might expect.

“We agree on a lot and trying to get people to find that common ground is so critical," Welch tells FOX 17.

Many agree that both Democrats and Republicans share the responsibility of mending ties between parties.

“I think there are a lot of spaces where folks across this district and across the state and the country can come together and it is around our core values," Hood tells FOX 17.