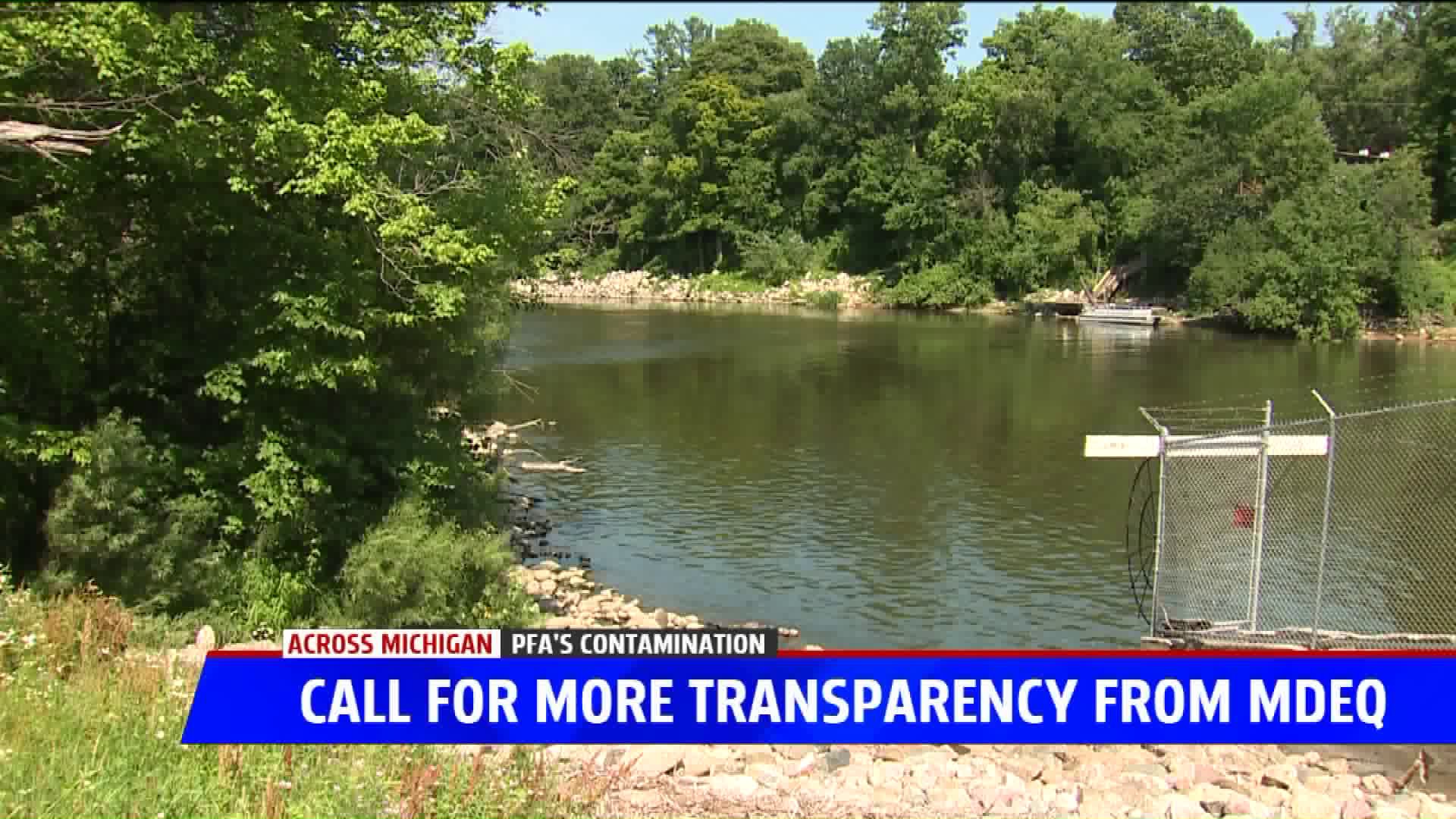 GRAND RAPIDS, Mich. -- Health officials and concerned citizens are calling for more transparency this morning from the state's department of environmental quality.

A group of health officials joined Congressman Dan Kildee (D-MI) calling for change from the MDEQ claiming the department  knew about water systems being contaminated six years ago and never did anything about it.

According to a report by MLive,  the department was warned back in 2012 about high levels of PFA's in communities like Rockford but never addressed the issue.

"The fact that this report was suppressed for six years is appalling and inexcusable and at this point there is a dire need for full transparency and a complete investigation into what took place in the DEQ between 2012 and today," said Lisa Wozniak, with the Michigan League of Conservation Voters.

Fast forward to today, where dozens of families say their water is contaminated with PFA's and affecting their health.

PFA's are known for causing health issues like cancer, thyroid disorders, elevated cholesterol and other diseases.

We spoke to a handful officials including Congressman Kildee of Flint who knows what its like to deal with a water crisis firsthand.

"We need to get healthcare for those who have been impacted," Kildee said. "There are real human effects of PFA's contamination, and we owe it to those people affected to get them the help they need. According to a recent federal report on PFA's, exposure to PFA's is linked to maternal health issues, increased cholesterol, liver damage, thyroid disease, cancer. we have to step up to provide people exposed to PFA's in their community. Whether its local residents, veterans or their families.. with the healthcare that they need," Kildee said.

The MDEQ has not yet responded to the call for better transparency.

Governor Snyder has put together the PFA's action response team which claims to be working on a solution to protecting our water.