State of emergency declared for Kalamazoo County due to PFAS contamination 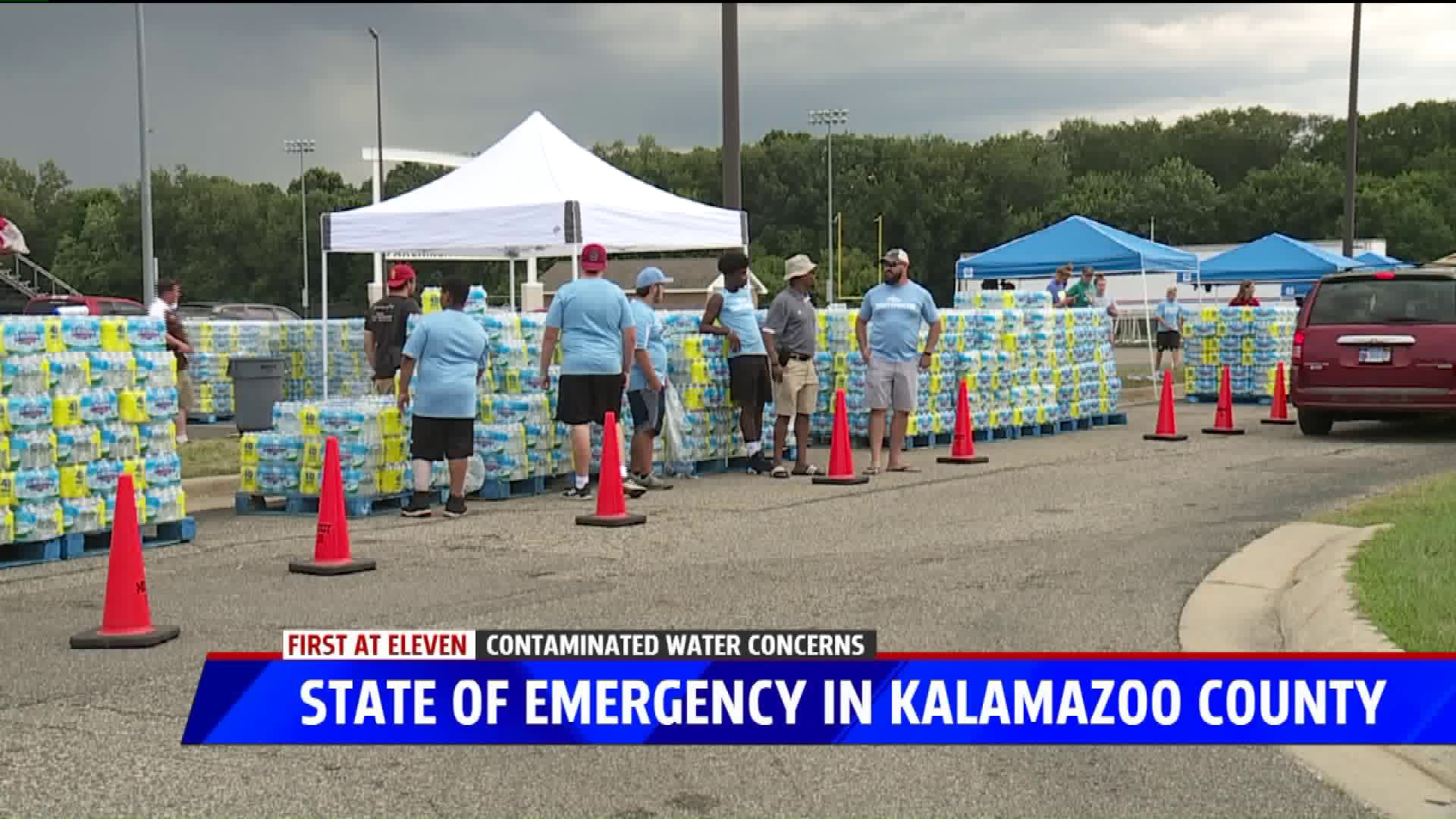 The Governor's office told FOX 17 that the declaration will allow officials to use additional resources to help response efforts.

“The level of cooperation and teamwork has been excellent and the entire community should be proud of how Kalamazoo County has come together during this trying time," Calley says.

The move comes after tests were conducted on in the city's municipal water system on Thursday, July 26, showing levels of PFAS greatly exceeding the legal limit.

Deputy State Director of Emergency Management and Homeland Security Captain Emmitt McGowan says his staff will continue to work with emergency management partners for the area.

“We are working diligently to make sure all available resources are provided to help residents,” McGowan says.

City of Parchment Mayor Rob Britigan tells FOX 17 he's been drinking the water there for 32 years and is grateful to now have state resources during this emergency.

“I think it’s important for people to know that look, we’re in this with you," Britigan says. "We’re trying to get the water back into a safe condition as soon as possible.”

Britigan says Parchment and parts of Cooper Township will soon be hooked up to Kalamazoo's water supply. Until that happens, residents are relying on cases of bottled water being distributed at Parchment High School. For people who can't drive themselves to pick up water, they can call the Parchment water hotline at 269-373-5346.

State Senator Margaret O'Brien was at Parchment High School on Sunday to help coordinate volunteer shifts for distributing water. She tells FOX 17 she is impressed with the generosity of the volunteers, many of whom are high schoolers.

“You make a call to one coach and then they call three more coaches, so we have had students from Galesburg-Augusta, Comstock, obviously Parchment, Gull Lake, Portage Northern, Portage Central, they all just came out here and wanted to show their support and love for the Parchment community," O'Brien says.

O'Brien says they aren't currently equipped to provide bottled water to commerical businesses but Mayor Britigan says if someone shows up needing bottled water, they won't be turned away.

Restaurants like local ice cream shop Twisters are currently paying out of pocket to make sure nothing on their menu is contaminated with PFAS.

“We use a lot of water daily for everything that we do," Twisters manager Cosette Boekhoven tells FOX 17. "For all the dishes, we have like slushies and stuff like that, so they picked us up gallons of water. Making sure that nothing that the customers consume is from you know, the City of Parchment.”

Boekhoven says muscle memory is making it difficult to remember to reach for bottled water, not the tap.

“It’s definitely difficult, something that we all have to check ourselves on, just making sure we’re super cautious for everything that we do," Boekhoven says.

While many in Parchment appear calm, unanswered questions loom in their minds.

“I’ve lived here my whole life, so you know, I’m kind of worried about what that’s gonna affect as well because we don’t really know how long it’s been going on," Boekhoven says.

Residents are encouraged by officials to attend a town hall meeting on Tuesday night at Haven Reformed Church on Sprinkle Road. The evening will begin with an open house from 5-6 p.m. A formal meeting will be held from 6-8:30 p.m. where residents will have an opportunity to ask questions. FOX 17 has been told that health department officials will be at the meeting.