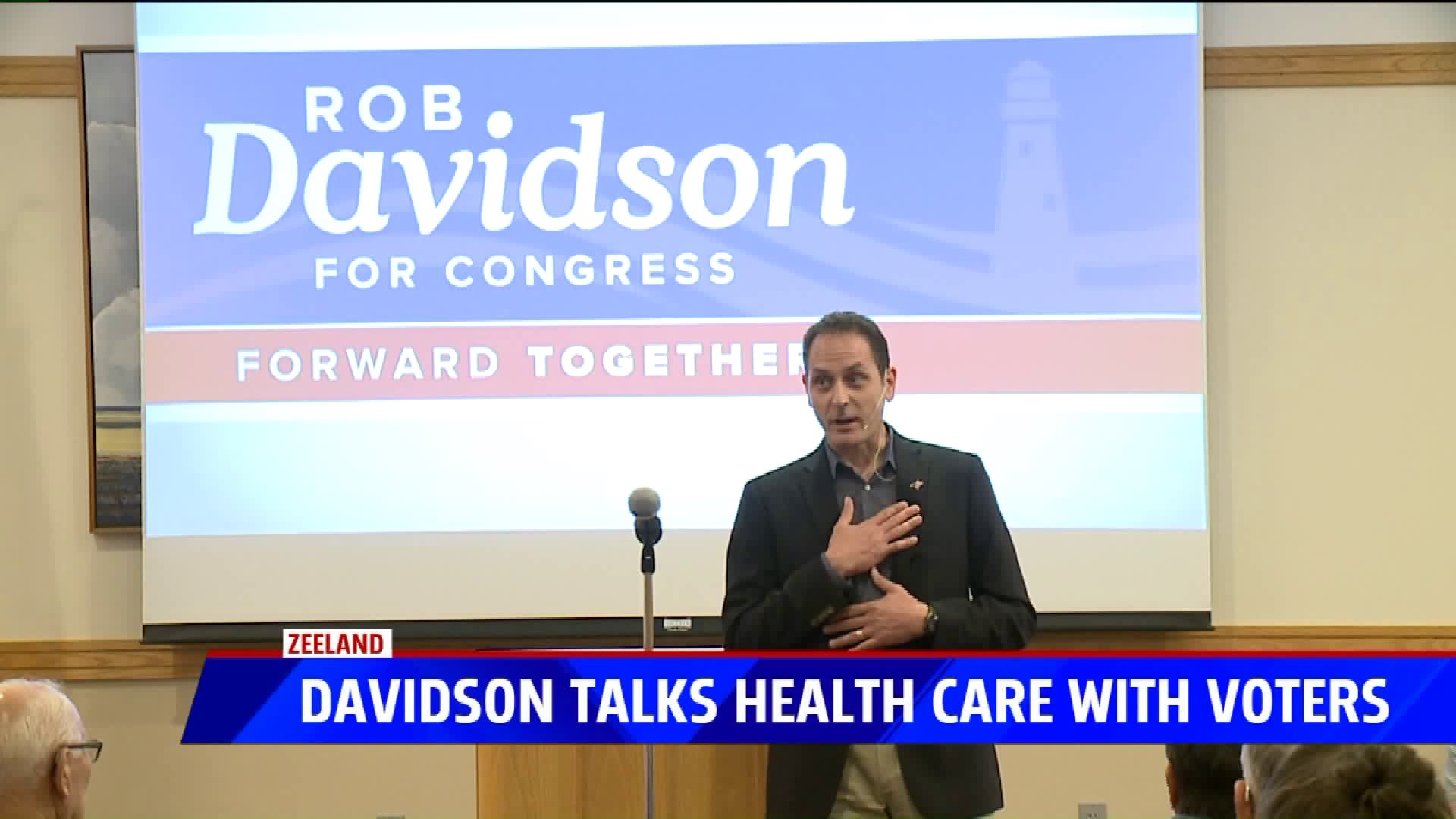 ZEELAND, Mich.-- Democratic candidate for the Second District Rob Davidson held a town hall in Zeeland on Monday evening to have a dialogue with voters about healthcare.

Davidson is an emergency room doctor who says he's still working his night shifts in addition to campaigning against incumbent Republican Bill Huizenga.

Davidson says he would fight to make sure all Michiganders have access to affordable healthcare.

“My proposal is improved and expanded Medicare for All," Davidson says. "It’s basically a system that’s time has come, healthcare for everybody. We have 30 million people in this country without health insurance. We have another 100 million people who can’t afford their copays, their deductibles, who basically face bankruptcy if they have an emergency surgery of if they break a limb.”

He refutes the claims of many Republicans that patients wouldn't be able to choose their doctor under a single-payer system.

“In fact, with Medicare for All, the opposite is true," Davidson says. "Everybody would be able to choose their doctor because every doctor would participate in that same plan called Medicare for All, so that would take away any chance that you couldn’t choose your doctor.”

During his night shifts in the emergency room, Davidson says he sees firsthand the effects of what he considers a flawed healthcare system.

“I worked last night, I worked the night before. I saw a 70-year-old woman who couldn’t afford her insulin, so she was taking it every other day. I saw the mom who didn’t bring her kid in for two weeks with abdominal pain, finally came in, she had a ruptured appendix and she couldn’t come in sooner. We asked her ‘Why not?’ she said, ‘Well I couldn’t afford it. We don’t have insurance.’”

Davidson is not facing any Democratic challengers in the August 7 primary election and will be running against Huizenga in November.