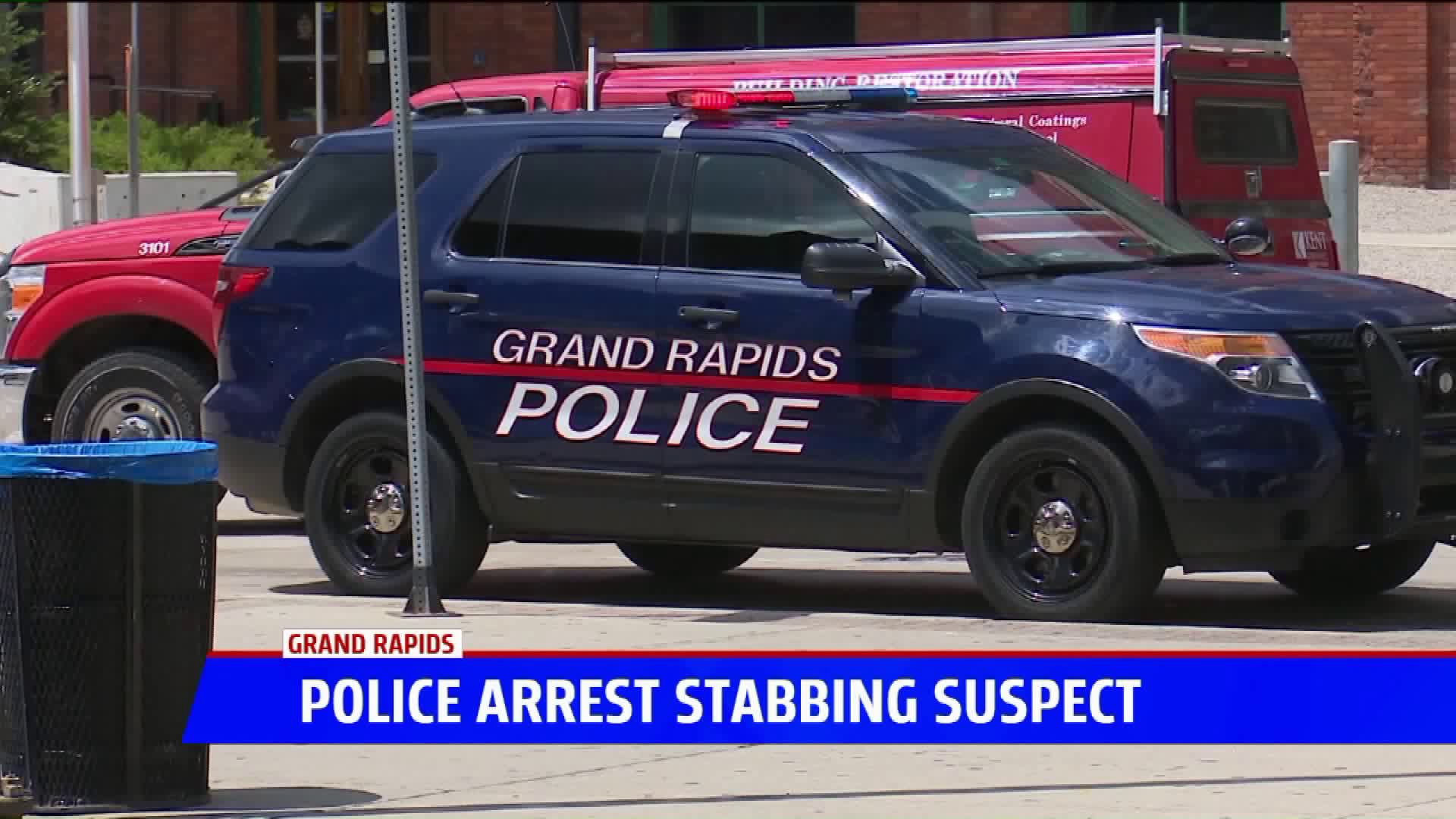 Police say the suspect approached a 21-year-old man and a 25-year-old woman around 1 p.m. Monday, in the area of Cherry Street and Grandville Avenue SW. "And without any apparent provocation, the suspect stabbed the male victim twice. The suspect then approached the female and took her backpack. Bystanders tried to stop him, and in the process, one 52 year old male was assaulted by the suspect."

The suspect took off running toward a parking garage, according to police, but was arrested less than 30 minutes later, near Ionia Avenue and Louis Street NW.

The stabbing victim was hospitalized, and police say he is expected to make a full recovery.

The Grand Rapids Major Case Team is continuing its investigation. Anyone with more information about the case is asked to call Detective Case Weston at (616) 456-3384, the GRPD at (616) 456
-3400; or go to Facebook Messenger @GrandRapidsPD or contact Silent Observer at (616) 774-2345/silentobserver.org.