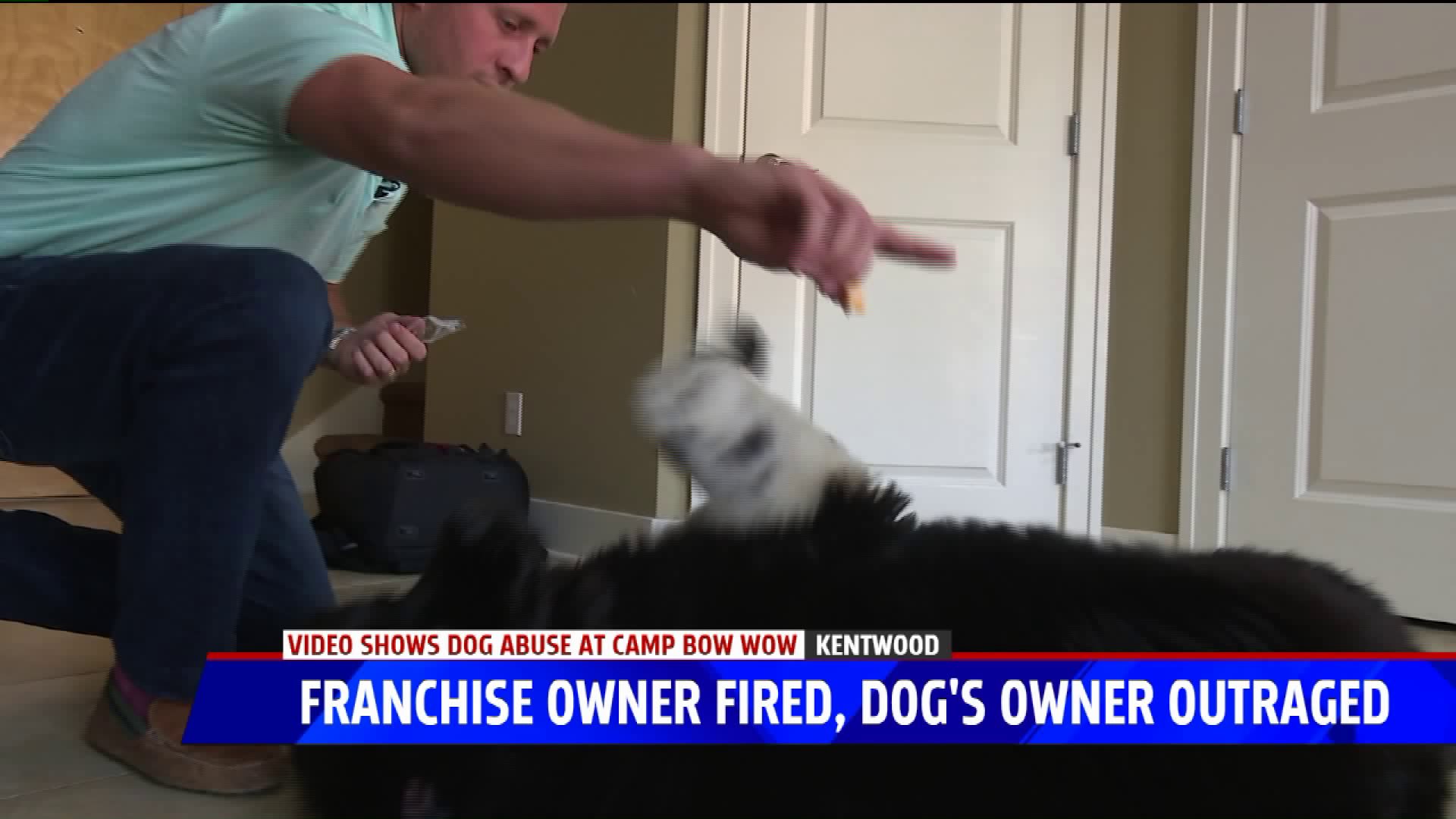 KENTWOOD, Mich. - A Kentwood animal boarder is under fire after a video circulated on social media apparently showing an employee kicking a dog.

Kara Nicole posted the video on Facebook Monday night, saying that her puppy, Newton, is the one being kicked.

Camp Bow Wow in Kentwood did not answer calls from FOX 17 News, but the corporate office did send FOX 17 this statement, saying that the Franchise Owner has been removed and a corporate team is taking over operations:

Because of the transition at that location, Camp Bow Wow will not be accepting Day Camp Dogs at Kentwood until August 6.  However, the Corporate Team says its ensuring all Overnight Campers are being well cared for and having a safe experience during this time.

We spoke with Kara Nicole's husband, Brandon, who asked that we only use his first name.  He says they never expected this response from the video.

They shared it hoping to make other dog owners think twice about using Camp Bow Wow Kentwood. Now they fear this isn't the first time something like this has happened at that location.

“Some of the comments we were getting...they were sending private messages to my wife, like ‘we’ve tried to complain before, but we don’t have evidence. This is the evidence to show what he does and what he has been doing,” Brandon said.

Brandon says it's hard not to watch the video over and over again.

All Camp Bow Wow locations are independently owned and operated franchises. The owner's removal will not impact Camp Bow Wow in Hudsonville or the new location opening in Byron Center.