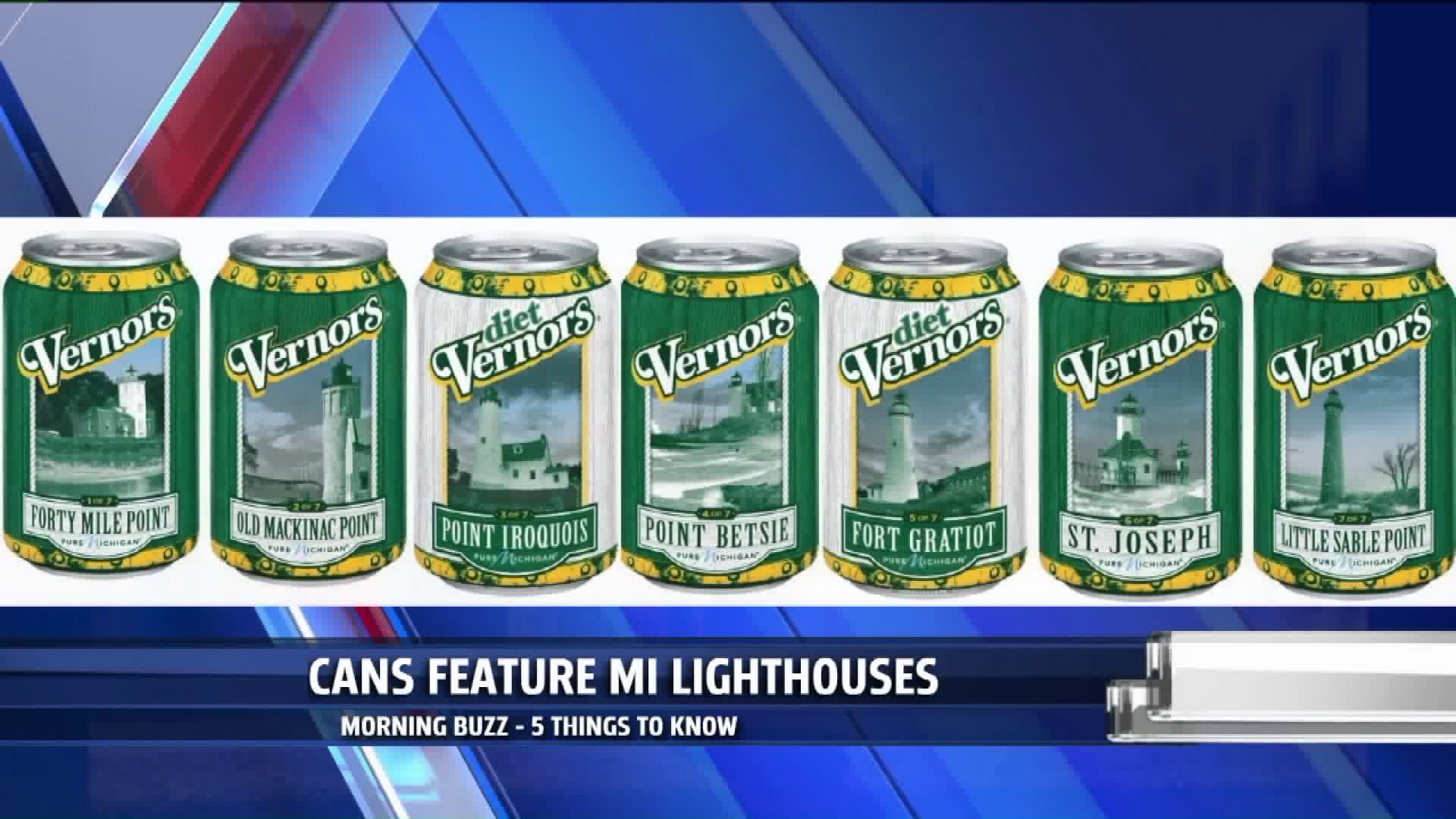 1. Was it your favorite name choice? Boulder Ridge Wild Animal Park announced the name of their new baby giraffe: Toskey.

It's short for Petosky, and was one of the final four that the animal park posted on its Facebook page.

The big reveal coincided with "Baby Animal Day", and the park announced on Monday that they're extending the celebration through Thursday.

Toskey was just one of the several animals born at the park so far this summer. He'll turn one-month-old next week.

2. Some high school students in Kent County are in need of some new school supplies, and they could use your help.

A parent of a student at Harrison Park Elementary in Grand Rapids came up with the idea to host a school supply drive. So they teamed up with the West Grand Neighborhood Association to collect donations.

The goal is to collect $2,500 in supplies, backpacks, uniforms and more. Even better, the Hope Network Neighborhood Match Fund will step in to double the donations.

Organizers will collect donations through August 10, but they will still accept items throughout the year.

3. In a little more than a month, hundreds of board and card game enthusiasts will be in downtown Grand Rapids for a convention called "Grand Con."

Ahead of the event, organizers teamed up with the Kent District Library and HElen DeVos Children's Hospital to donate games to patients.

Hospital Staff recommends brand new games that can easily be sanitized. Patients will be surprised on September 13.

4. Two things that are very Michigan are lighthouses and Vernors Ginger Ale. Now people can get both of them together as Vernors is paying tribute to its home state.

The cans include Old Mackinac Point in Mackinaw City, Point Betsie in Frankfort, Little Sable Point in Mears, and St. Joseph. This is the second year Vernors has teamed up with Pure Michigan.

The cans are available from now until mid-October.

5. The Coast Guard Festival continues in Grand Haven this week. Watch the video above to take a look at the Coast Guard ships that sailed in on Monday.

This is the 94th year for the festival, and the 225th for the Coast Guard.

Organizers say it will be the biggest celebration yet.

The festival runs through August 5.