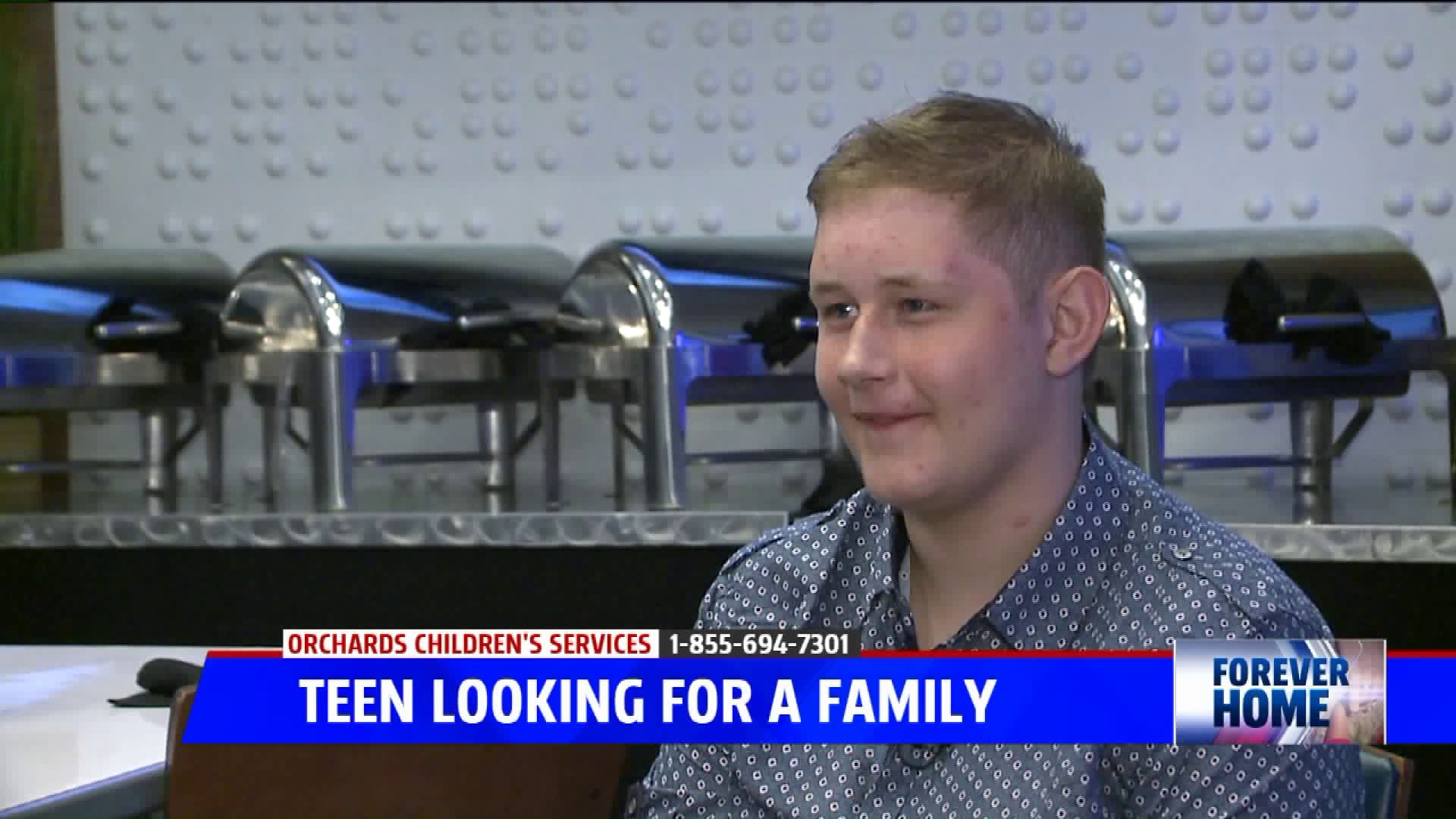 GRAND RAPIDS, Mich. --  FOX 17 continues its Forever Home series, which has helped 95 percent of the children we’ve featured get adopted, according to Orchards Children's Services.

Robert, like many 14-year-olds, loves to play video games. Wednesday he chose to spend the afternoon at Dave and Busters. He says he's hoping this is his lucky year for finding a loving family.

From playing the new virtual reality Jurassic Park game and tagging dinosaurs, to games that let him roam through haunted homes, Robert is a fun-loving teen.

This fall he starts high school, and then he hopes to eventually become a doctor.

"Because [doctors] make money and it’s fun being around people," said Robert.

Outside of school, you’ll find Robert collecting Magic: The Gathering cards and hanging with friends, who’d describe him as big-hearted.

Living in foster care, Robert says has been hoping to be adopted for years.

"A long time, since I was like eight," said Robert.

Now, he’s got his wish list for his forever family: "Kind, caring, the ones that can get me through high school and after I’m 18 so I can get a car, stuff like that," he said.

And Robert is staying positive, hoping this is the year he lands with his forever family.

"I never really had a mom and dad either.," said Robert. When FOX 17 asked what it would mean to him to find a loving family, he said, "It would feel really good."

Robert is very excited to share his story with potential adoptive families. He emphasized how important it is to him that his future family maintain a relationship with his grandmother. If you want to learn more about Robert and the adoption process, call his adoption agency, Orchards Children’s Services: 1-(855)-694-7301.

FOX 17 thanks Dave and Busters in Kentwood again for a wonderful filming experience!