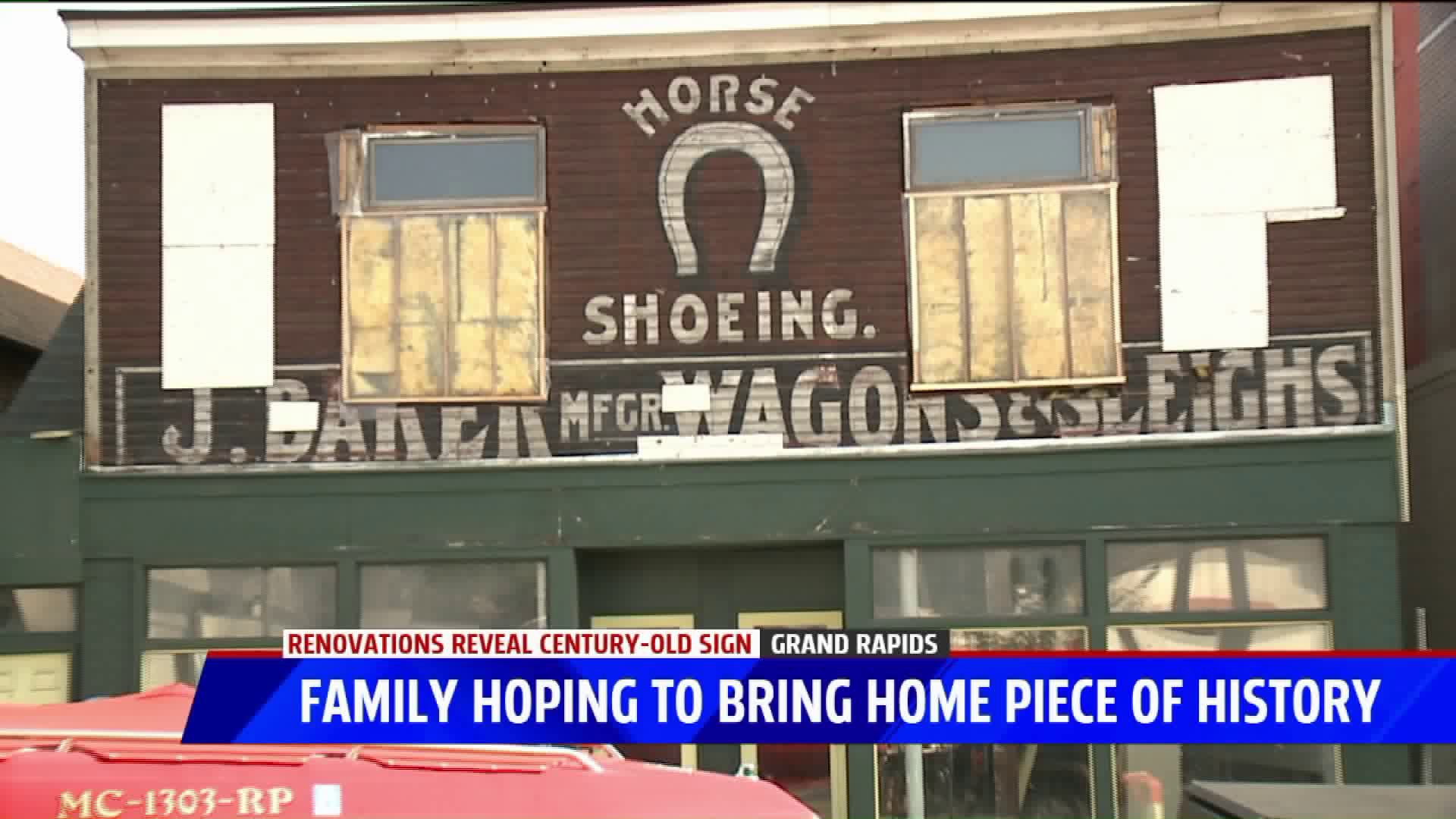 GRAND RAPIDS, Mich.-- A historic building on the west side of Grand Rapids is catching the eyes of those who pass by, especially descendants of the person it used to belong to.

Anyone driving down Leonard Street recently might notice the old building that says Baker Horseshoeing on it. The siding’s only just recently been taken off to show the old sign. It’s a unique piece of history, especially for the baker family, who still lives in Grand Rapids.

The building sits in the shadows of new construction on Leonard Street on the westside of Grand Rapids.

The Baker Manufacturing Wagons and Sleighs Shop has been there since the late 1800s.

"In this building, here they shoed horses and they made wagons and sleighs," said Russ Baker, the great grandson of the first owner, Jacobus Baker. "The wagons and sleighs were made upstairs and then they dropped down a frame work down below.”

Russ Baker’s great grandfather, Jacobus Baker started the shop after he moved from the Netherlands. Frank Baker, Russ’s father, remembers coming to the shop as a child.

"I was fascinated that they made the wagons up and brought them down," said Frank Baker.

With the building being renovated, the original signage is exposed for the first time in decades.

“It's hard to believe we’ve been around that long, you know?," said Russ Baker. "In one spot like this, so it’s just neat. I’m a big history buff, so to see that is just really cool.”

Four generations of Bakers gathered across the street on Friday to see the sign.

It's a proud moment that they’ll remember.

“It’s neat to have heritage in a city that you live in and just one of those things that makes you proud and doesn’t happen very often where you can see your name from the 1800s you know?” said Russ Baker.

The Baker family doesn’t know what the city has planned for the building, they’re guessing it’ll be covered up again, but they hope if the building is every destroyed, they can find a way to get the sign off before they take it down so it can stay with the family.