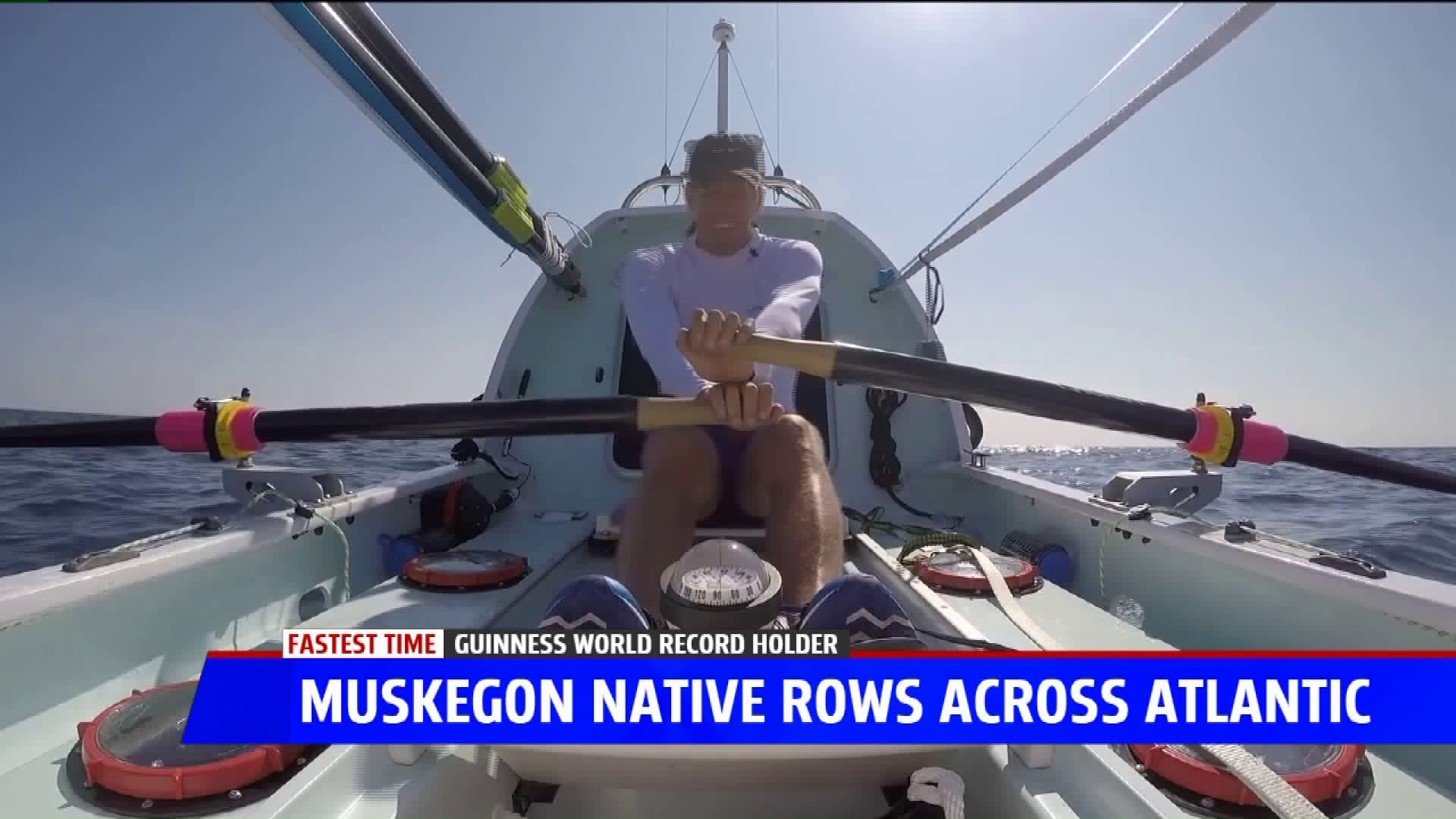 GRAND RAPIDS, Mich. -- A Muskegon native has broken the world record for the fastest trip rowing across the Atlantic Ocean.

In just under 40 days, Bryce Carlson made the 2,000-mile trip from Canada to England, beating the previous record by two weeks.

"I rowed into the Scilly islands after 38 days, 6 hours and 49 minutes," said Carlson.

The Mona Shores High School graduate is the first American to make the rowing trip across the Atlantic, setting the Guinness World Record for fastest average speed and fastest time at just over 38 days. The previous record was 53 days.

“The biggest challenge is to continue making a steady, consistent, fastest progress toward your goal as you can while entertaining yourself," said Carlson. "I broke the day into 30 minute chunks.”

Carlson left on June 29 from Newfoundland and documented his journey along the way.

Carlson has his PhD and teaches biology at a high school in Cincinnati, and he says he loves doing adventurous things. He’s also into running ultra-marathons.

He says it’s all about collecting good stories to tell.

“The person you spend the most time with in this world is yourself, so you better make yourself as interesting as possible," said Carlson.

During his trip, Carlson says his boat capsized a dozen times -- luckily while he was inside the cabin, so all of his stuff was safe. He also had a group that plotted out his course and checked the weather for him so he would have a good idea of currents, winds, waves to help him stay safe and on course.