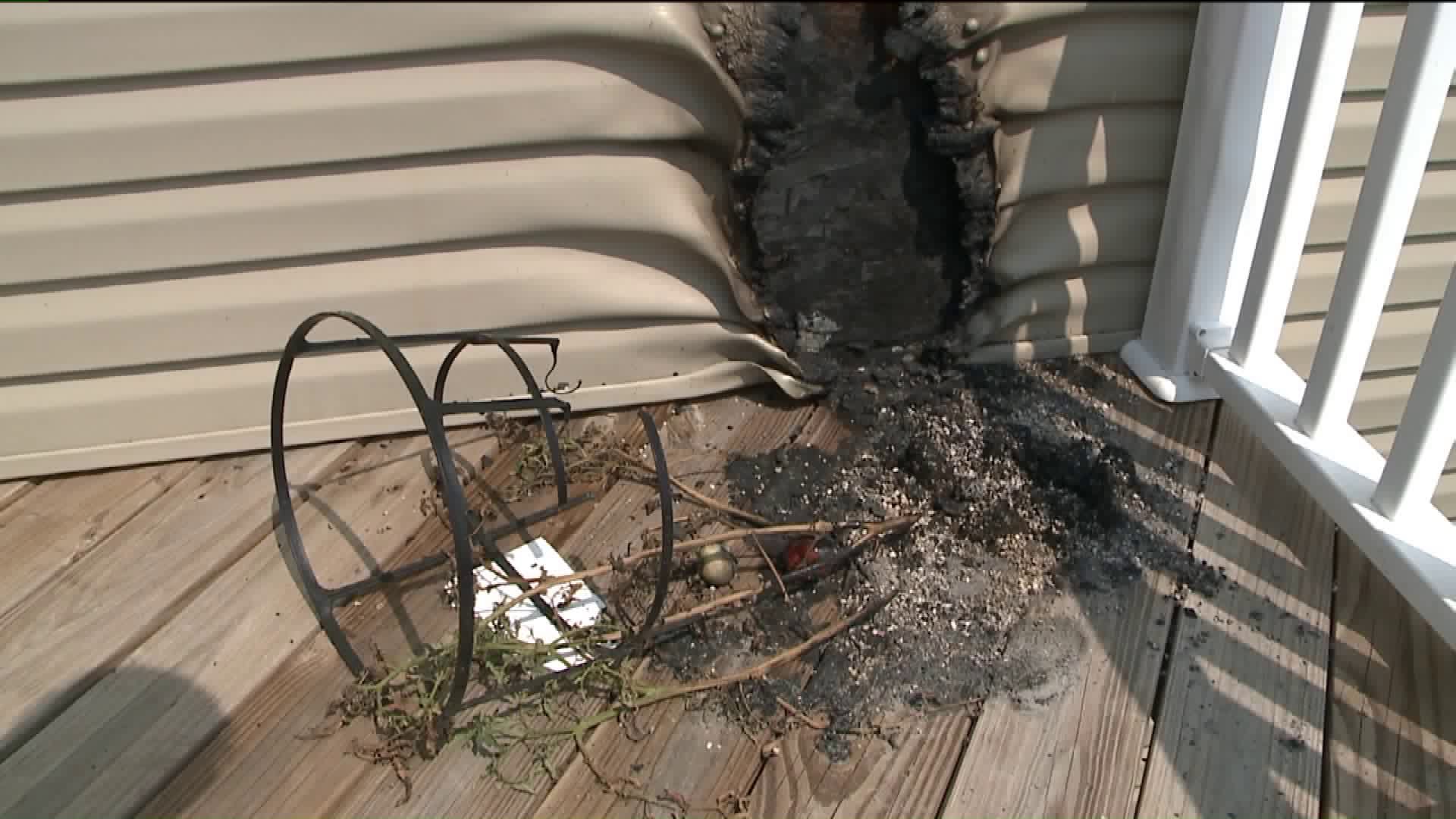 SARANAC, Mich., - Jennnifer Kodat says her tomato plant spontaneously burst into flames on her back deck, also catching the side of her house on fire. Local experts say the chances of something like this happening...are equivalent to winning the lottery.

The fire burned through Kodat's deck, and melted the entire plastic tomato planter by the time she even noticed it was on fire. Her 11-year-old son was the one who spotted the smoke.

Jennifer says she thinks the plant's fertilizer must have somehow caused the planter to overheat, smolder, and combust. Steve LaWarre, the Director of Horticulture at the Frederick Meijer Gardens says the chances of fertilizer being the cause of a fire like this is incredibly unlikely--but possible.

“I think everyone has a container on their porch or their deck...and I think just the odds of this...it’s just a really odd circumstance. I can’t think of anything scientific or otherwise that would make sense as far as this goes," Steve LaWarre, the Director of Horticulture at the Frederick Meijer Gardens said.

Jennifer says she's treated the plant like normal...only adding water to it..and believes it has to have been the fertilizer based on a similar story in Denver, Colorado a few years ago.

Regardless of how the fire started, she's glad she was home to make sure her home didn't go up in flames.

“If I wasn’t home, it could have set my whole house on fire. It could’ve killed my dog. I don’t know what could’ve happened...so, I’m very grateful that my son saw it and that we were here,”  Jennifer Kodat said.