Zeeland West hoping to expand the playbook in 2018 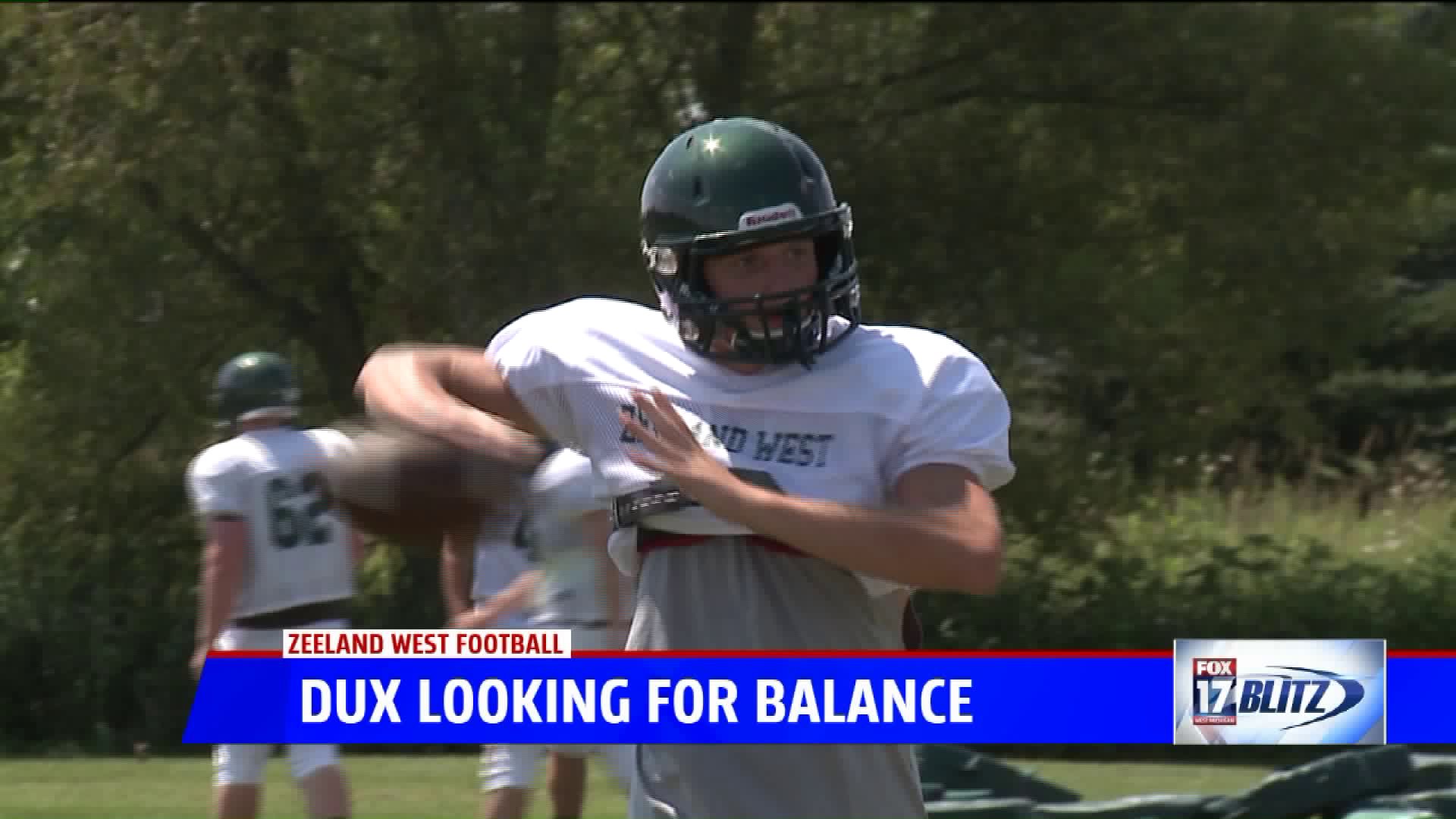 The Dux, led by sophmore QB Carson Gulker, could throw more this season

ZEELAND, Mich -- Zeeland West head coach John Shillito has won a lot of football games using a running game, but this season the Dux may strive for more balance than before.

Sophomore quarterback Carson Gulker showed a strong arm when he was called up late last season, and Zeeland West is hoping the pass may be something it does more this fall.

"Carson has got a lot of skill," Shillito said. "As time goes, what our hope is it's going to make the field a little bit bigger for people to have to play us, and the big thing there is we are going to have to catch the ball well when we throw it. And it is one thing to be able to throw; we got to catch it, too."

The Dux had some trouble catching Gulker's passes in his short varsity stint under center last fall. That is part of what the team is working on early in camp.

"A big problem last year was we didn't have a passing game, so all the safeties would come down and corners would play hard," senior tight end/defensive end Zeke Buter said. "This year with Carson, we are hoping to throw a lot more, so the safeties ease up a little bit, which makes the running game easier as well."

The Dux open the season in Columbus, Ohio, against Northland High School on Friday August 24.