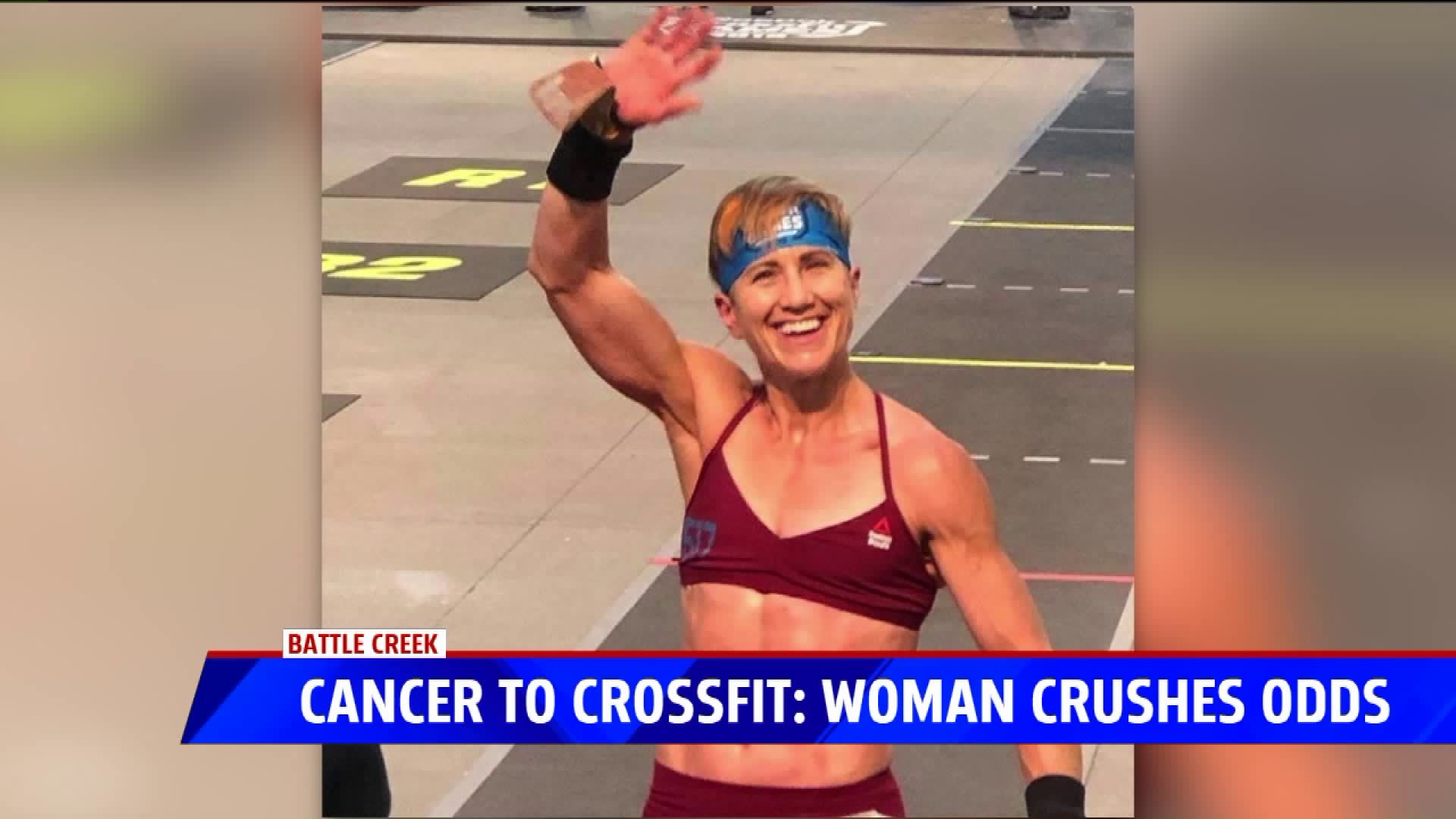 BATTLE CREEK, Mich. -- Linda Elstun is a cancer survivor and now she's one of the top CrossFit competitors in the world.

Tough doesn't even begin to describe her.

A cancer diagnosis in 2014 might be enough stop some people, but not Linda. She started doing CrossFit in 2011 and competed in her first CrossFit Games in 2012.

"I was hooked from the the very first day I went," Elstun says. "I just loved it."

"I found a lump and I thought, 'Oh well it's probably nothing,'" she said. "I went in total denial, and I'm a health care provider. And so I went and had a mammogram in the very beginning of October, and it was a big tumor."

As with her workouts, Elstun wanted to attack the cancer head-on: chemotherapy, a double mastectomy and radiation, all while working out.

"It made me feel great; it made me feel really tired, I'm not going to lie," Elstun said. "It was exhausting, and sometimes I didn't feel like going. But I always felt better after I went. It made me feel more like a human being and less like a cancer patient."

During all the effort, her goal was to get back to her old self and come back stronger than before.

And she did, and kept going.

In early August, Linda placed third in the world for her age group at the Reebok Crossfit Games.

"Having put in the work and done some training and kept myself fit really helped me get through it," she remembered. "It helped me physically, it helped me mentally, and you just need to keep doing the next thing."

Whether it's treatment, workouts, or life in general, Elstun says focusing on doing the next best thing keeps her going.

"I'm healthy, and I feel great, and I’m really trying to just be grateful for what I have, everything that I have, all the opportunities that I have and the life that I live and the things that I get to do," she said.

Elstun's just getting back into her tough workouts after two weeks OF taking it easy after the competition. She works out around two hours a day (three hours a day before competitions), all in addition to holding down a full-time job.

She wants people to know that CrossFit isn't just about the competitions. She says it's about feeling good about herself. She even got her 80-year-old mom to do CrossFit, and she says she loves it.