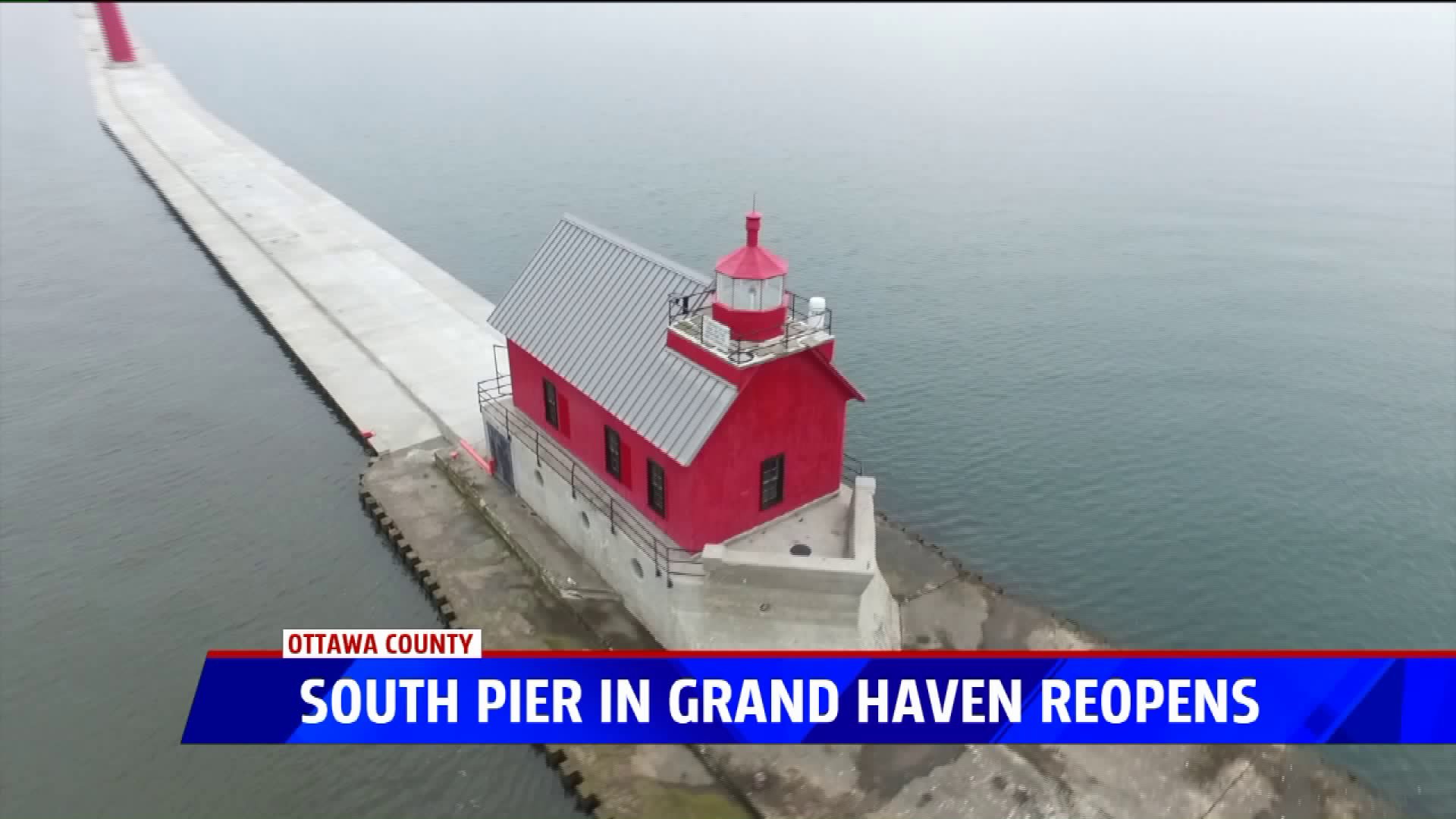 GRAND HAVEN, Mich. -- After nearly 2 years of construction, work on the South pier in Grand Haven is complete and it's once again open to the public. The U.S. Army Corps of Engineers have been working on removing the old damaged concrete surface and replacing it with a fresh new layer.

People checking the renovations out noticed how much easier it is to walk on.

“Yeah it looks great never would have been able to push a stroller on it before.” Says Meghan Fisher, a resident of Chicago, IL.

“I love that it’s safer, it’s a lot easier to walk on a lot more people will be able to enjoy it because everybody can get there, says Mary Malek, a resident of Grand Haven.

The fresh layer of smooth concrete stretches all the way from the shoreline to the fog signal building.

Before the renovations the pier was riddled with cracks and holes.

“The pier was getting in really rough shape. We had a couple really bad storms tear it up in the last few years," says Grand Haven's mayor Geri McCalb.

The edges have been smoothed out and ramps have replaced steps.

FOX 17 News talked with a man who's been using a wheelchair to go on the pier for the past 30 years. He says this is the first time he's been able to go all the way to the end without assistance.

“I went out there and I’m just in awe, I’m just amazed that I’m able to got out completely to the end with no assistance from anybody.” Ryan Krygier, a Grand Rapids resident.The Grand Haven pier has a way of creating special memories, and with the new face lift it has a new look to make many more.

“The tranquility you get from walking on the water. I had a daughter pass away 8 years ago and this was her and my place and it still is even though she’s gone," "says Brenda Alpers, a resident of Spring Lake.

Work on replacing the pier's catwalk should be done by next spring.