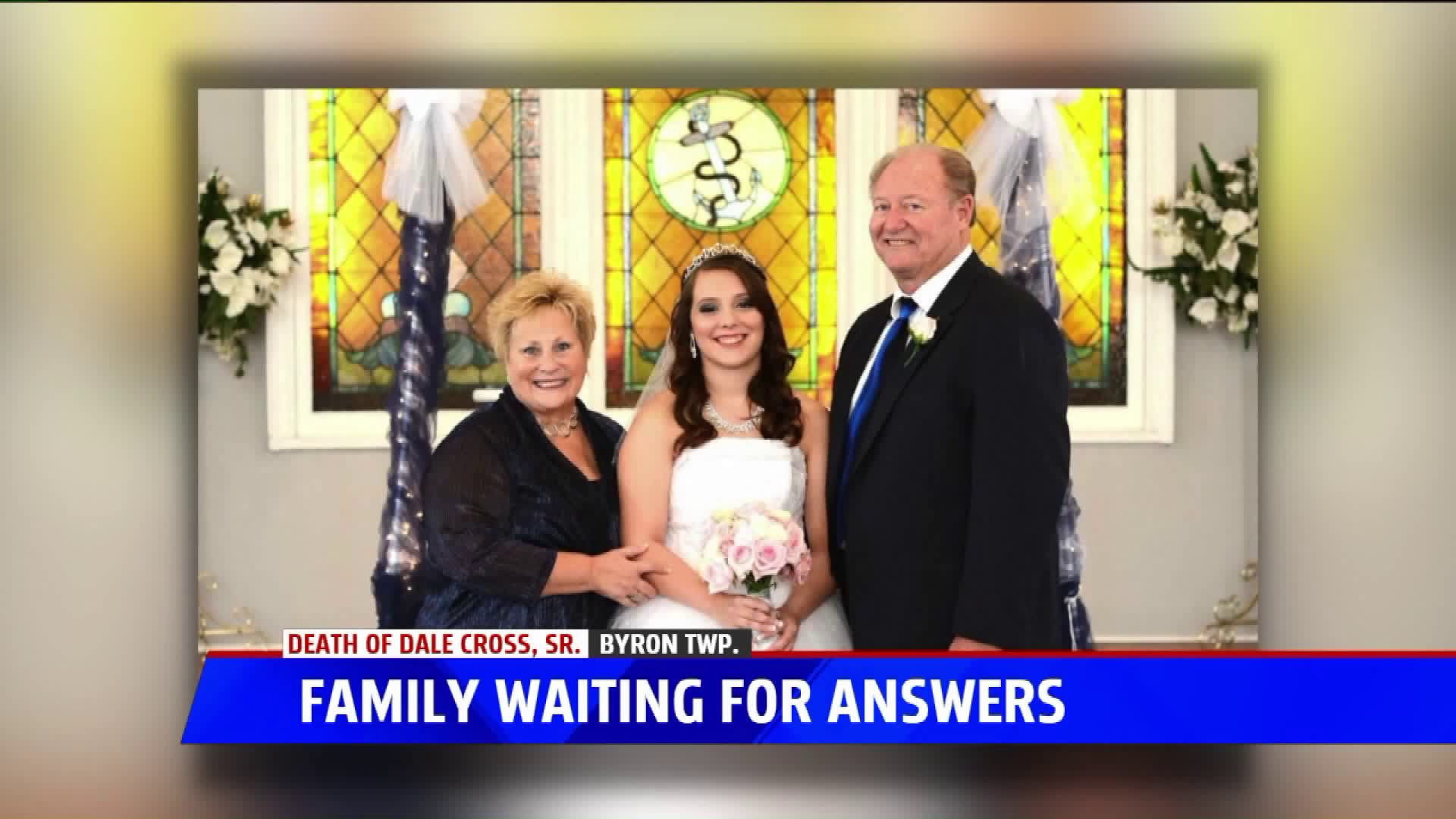 Investigators have been reviewing evidence for more than a week, as the family is left waiting for closure.

It was nearly two weeks ago that the body of Dale Cross Sr. was found just blocks away from his home. His death is still a mystery to his family; they say they just don't understand how this could've happened.

"We know that there is something that took place and we don't know what it is, and that's the hardest thing of all," says Cross' daughter Jamie Martinez.

It was just after 6 p.m.  Aug. 6 that 66-year-old Cross was found dead, his body lying near his SUV just blocks away from his home.

"He had gone to return a board and get my mom ice which is what he does everyday sometimes a couple of times a day and come back home. And what happened between there we don't know," says Martinez.

The sheriff’s department says it’s investigating all leads, but that they are still looking for the man that was last seen with Cross on the side of that road.

"We still have not identified that individual and we still would like to speak with him. He is one part in a very expansive investigation. These cases do take a lot of time," says Sgt. Joel Roon, Kent County Sheriff's Office.

A former pastor of Abundant Life Church in Byron Center, Cross' family says that he was adored by many, which is why they say his death comes as a shock.

"There's not anybody that we know of that would want to do anything harmful to him and that's just another reason why this just doesn't make sense," says Martinez.

Authorities says they are currently running through all possibilities.

While the Cross family says they're being patient with the investigation, they say the waiting is difficult.

"It's really frustrating, it's hard. We want closure. We want to know what happened. We know something happened and that's the biggest thing," Martinez says.

The sheriff's office says they have not identified a specific threat to the community at this point in the investigation, adding that they will communicate that information if that fact changes.

Witnesses say the man last seen with Cross was driving a gray pick-up truck with a blue stripe along the bottom. They're asking again that if you know anything call Silent Observer at 616-774-2345.