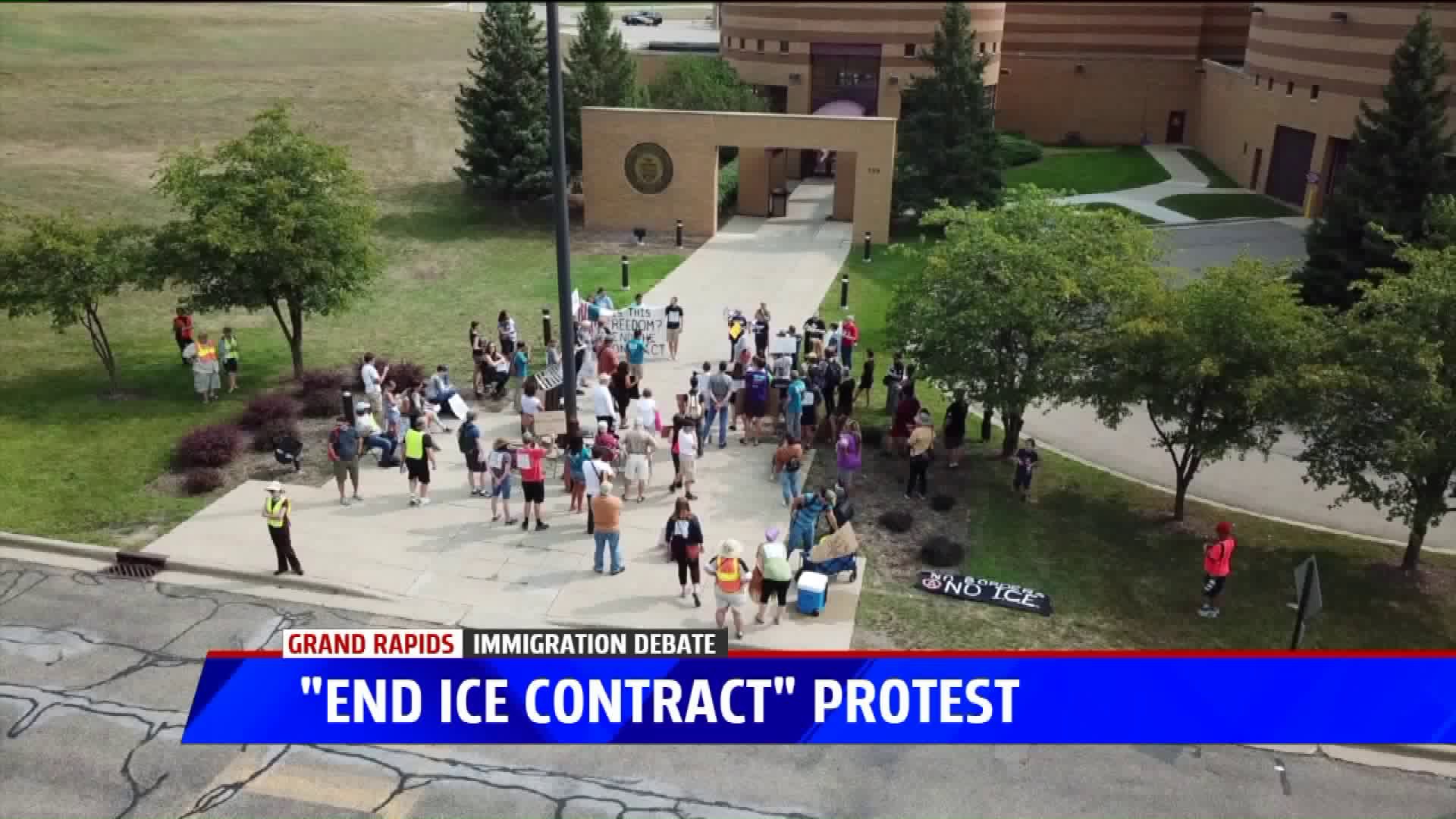 A protest rally in late June interrupted a Kent County Board of Commissioners’ meeting and prompted its postponement.

The contract runs through September 2019, and reimburses the county for every undocumented immigrant who is arrested. Kent County deputies say they don’t make arrests based on civil-immigration charges. But as part of the booking process, the correctional facility is required to take an inmate’s fingerprints, which are then shared with the FBI and ICE.

Movimiento Cosecha GR and GR Rapid Response hosted the rally at the jail, 901 Ball Avenue NE in Grand Rapids. And protestors also marched through surrounding residential streets. They spoke about living with the threat of being separated from their families.

Jema Lowe with Movimento Cosecha told FOX 17 at the rally, “The jail is complicit with the actions of ICE. So ICE is being used to separate families, to put kids in cages – and that is just a human rights’ violation.”

Rally organizers said some of the immigrants  are jailed on traffic offenses. Sergio Cira with Movimento Cosecha says, “The county – the State of Michigan – is systematically criminalizing an act that we all engage in every day: driving. Because these individuals, these community members, are not able to get licenses to drive. Then, driving becomes a criminal act in the eyes of law enforcement.”

“Kent County is complicit with ICE violence. They continue to uphold a contract with ICE regardless of public input,” said Cira in a news release. “We will continue to disrupt business as usual, so the commissioners and sheriff know that the community does not support their collaboration with ICE and their targeting of immigrant families.”

Rally organizers say ICE pays Kent County $85/day for each person held for deportation, and in 2017 the county received $18,000 for 185 people  detained for ICE, because they did not have legal proof of immigration status.

Those numbers could not be immediately corroborated by FOX 17.