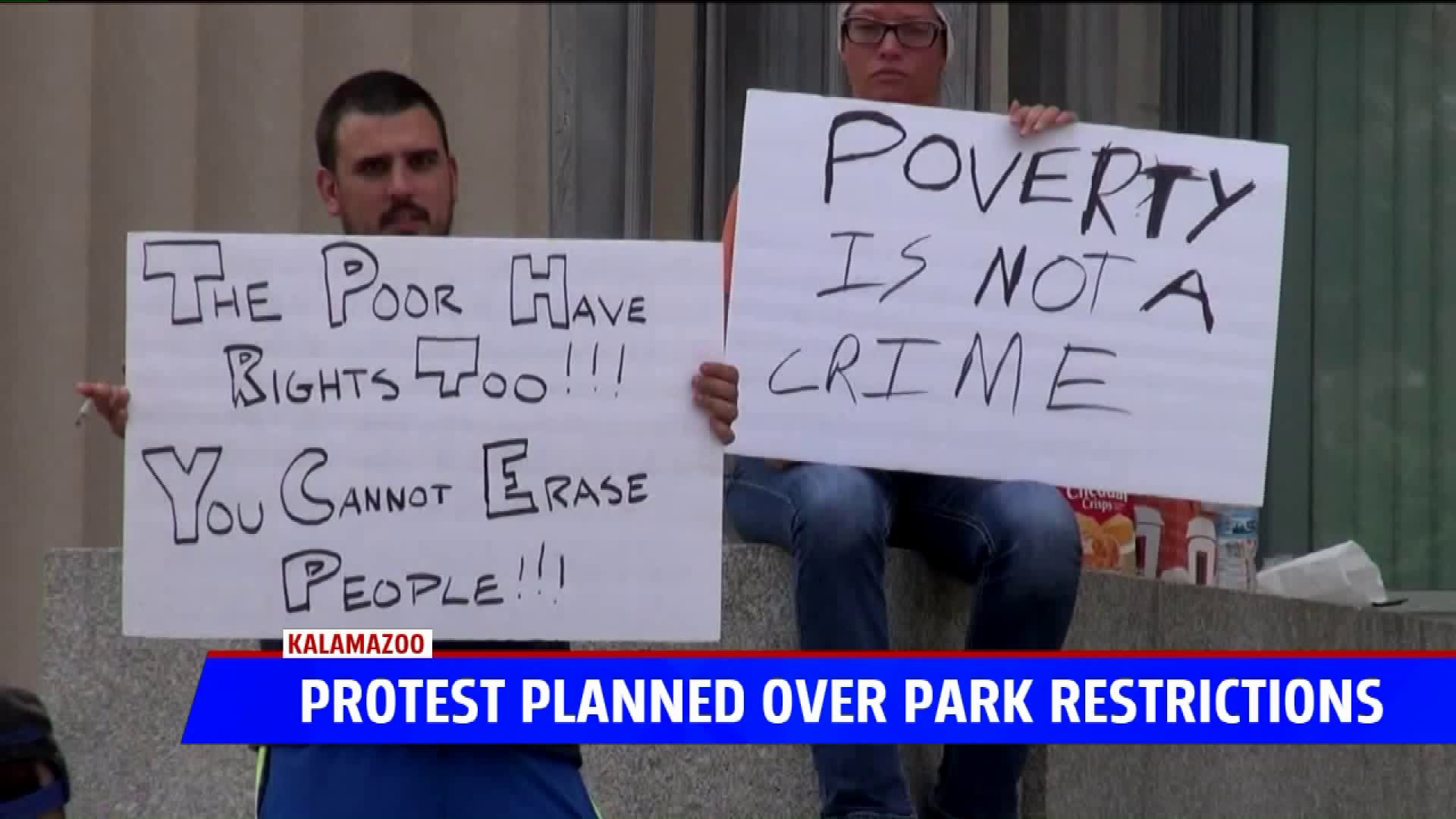 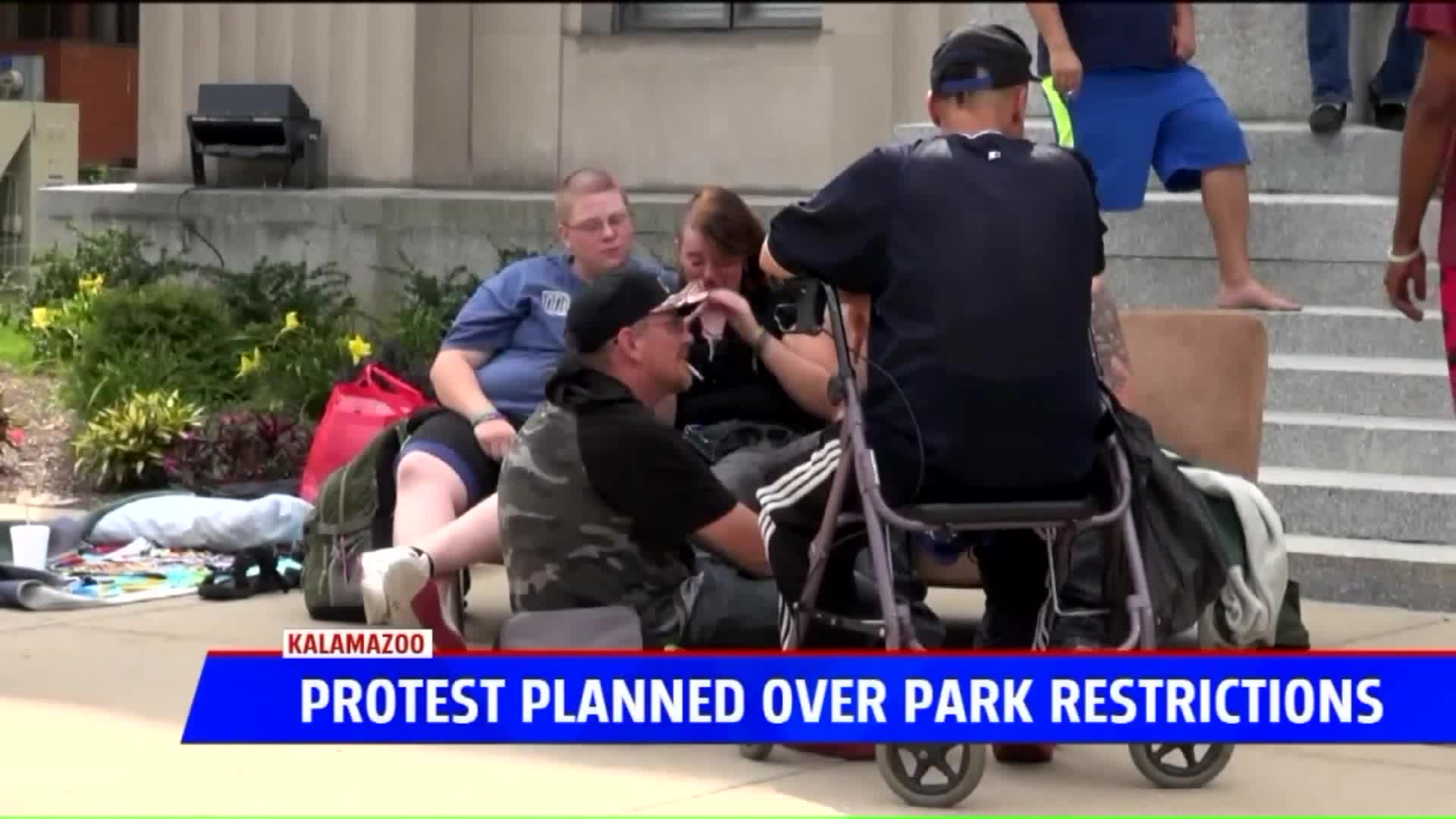 Erickson was among the dozens of homeless men and women protesting the proposal that would change the amount of time people can spend, or sleep, in city parks. Sleeping in public parks has already been prohibited between 9 p.m. and 7 a.m. and is a misdemeanor violation. However, under the proposed changes, violations would be viewed as a civil infraction, and the hours of prohibited sleeping or camping would be extended from 8 p.m. to noon the next day. The proposed motion was part of a review by the city attorney to review all city codes.

"We are decriminalizing as many of our ordinances as possible, for good reasons, to be helpful to people," said City Commissioner Dave Anderson. "So that is what drove this whole business in the first place. So that’s what we’re doing."

Several protesters, who staged a sit-in on the steps of City Hall Monday,  felt differently.

"This is the United States of America," said Carl Wiseman, who's been homeless since 2016. "When did it become illegal to relax in the park simply because you don’t have money?"

The protestors had been out since Sunday afternoon. They pitched tents and brought their belongings to City Hall instead of Bronson Park. They also created signs from cardboard boxes and propped them up on flower beds to let passers-by know what's going on.

"We live here," said Erickson, who's been on-and-off homeless for the last four years. "The yuppies come and they shop. They come and they walk out here, and they play games at the park. They hang out with their kids. They go home. We have no home."

"You can say that you’re going down to a misdemeanor for somebody that’s going to go to sleep. [But] when somebody goes and kicks them to get up, if they don’t get up in three seconds, they’re going to jail for 90 days," belted Chris Wahmhoff during the meeting. "That’s not decriminalization."

After hearing from the public, the motion to amend the park rules failed, meaning current rules will stay the same.