Police: No charges in case of man accused of urinating on child; case fabricated 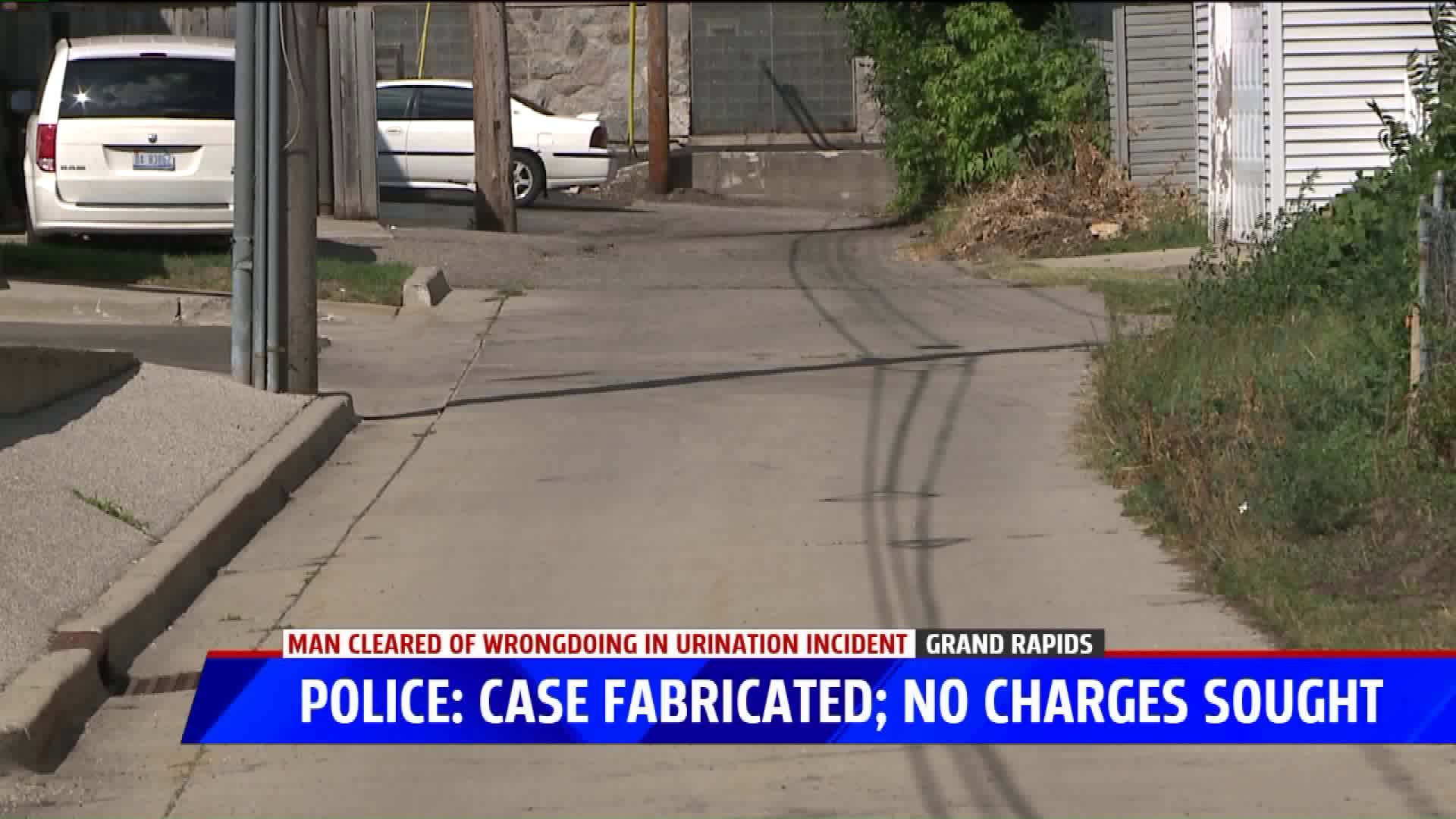 GRAND RAPIDS, Mich. -- Grand Rapids Police and the Kent County Prosecutors Office says that the incident  allegedly involving a man urinating on a child earlier this week was fabricated.

Police say no charges will be filed against the man who was accused of urinating on a child earlier this week.

According to the Grand Rapids Police Department, interviews of the child and other neighborhood children were conducted by the Children's Advocacy Center.  During the interviews, it was determined that one of the children urinated on one of the others, and they made up the story to stay out of trouble.

The incident was first reported Wednesday and reportedly involved a 5-year-old girl in the 1000 block of Leonard Street NW.

The Grand Rapids Chapter of the NAACP asked for a thorough investigation and that the suspect face the fullest extent of the law if the allegations were true.  Cle Jackson, president of the chapter issued this statement Friday night:

"We asked for a thorough investigation into these allegations, and if the allegations were found to be true, we would expect that this gentleman would be prosecuted to the fullest extent of the law.

"And also, we respect - regardless of the severity of the allegations - that this gentleman be afforded his Constitutional rights, based on due process.

"In my conversation with the police chief, David Rahinsky, and the chief prosecutor, Chris Becker, that we all take these allegations very seriously, and that they should be thoroughly investigation. (sic)

"At this point, from the NAACP perspective, we're waiting for the final results of the DNA testing that is currently underway."

Efforts to contact other individuals involved in this story Friday night were unsuccessful.