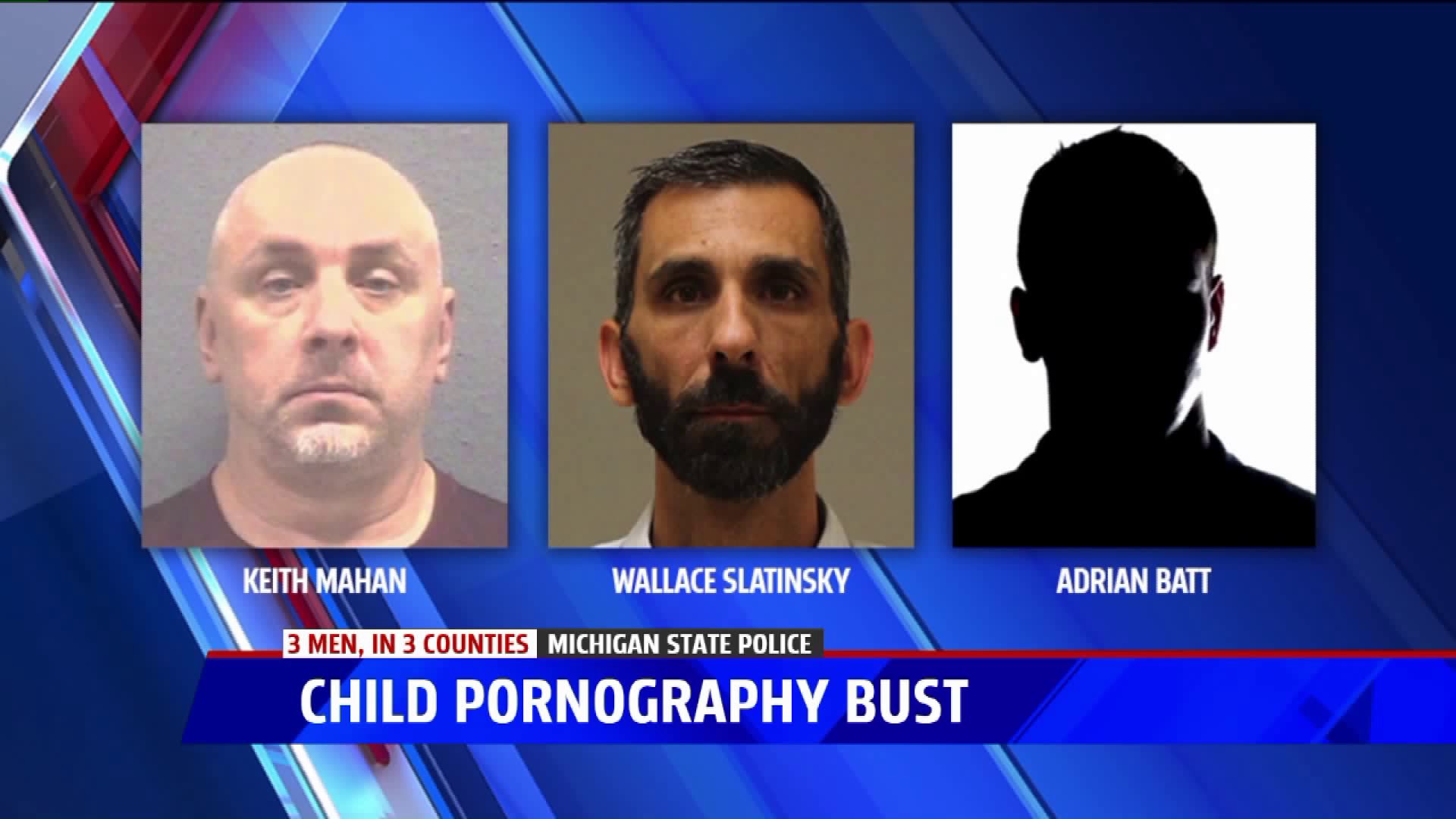 Adrian James Batt, 48, was arrested July 26 in Hudsonville. He has been arraigned on two counts of distributing and possessing child sexually abusive material and using a computer to commit a crime.

Keith William Mahan, 44, was arrested Aug. 22 at his home in Montague. He has been arraigned on two counts of child sexually abusive activity and using a computer to commit a crime.

“Unfortunately, this is pretty normal for us. We investigate cases like this every week," Detective Trooper Specialist Matthew McLalin tells FOX 17.

McLalin is part of the Internet Crimes Against Children (ICAC) Task Force, which was instrumental in the investigations that led the the arrests of these men.

McLalin says finding people responsible for preying on children usually starts with a information from the National Center for Missing and Exploited Children (NCMEC), which gets tips from companies like Facebook, Instagram and Google. From there, McLalin says ICAC can issue search warrants to those companies to get more information on potential cases of child sexually abusive activity.

“Sometimes it can take months," McLalin says. "You know, we do a very thorough job in our investigation. Sometimes it’s a lot of surveillance, a lot of different search warrants, working together with other agencies.”

He says when they do make an arrest, they aren't always met with resistance.

The work of law enforcement doesn't end when they make an arrest for child sexually abusive activity. McLalin says police work to make sure that any children who are victims of assault or subjects of explicit material get the help they need.

“We will set them up with an interview at what’s called a child advocacy center and a forensic interview will be conducted and then after that, that same center will offer them different kinds of services such as counseling, therapy and offer assistance to the family as well," McLalin says.

“I would just tell parents to make sure that they are informed, first off about what’s out there on the internet today, the most popular apps that kids are using in today’s age," McLalin says.

He also suggests setting rules about how late at night your children can use the internet, taking advantage of privacy settings on their devices and most importantly, communicating openly about what your children encounter online.

“I would suggest if you came across that and you open up a message that did contain child sexually abusive material or some other kind of activity that exploits children, definitely report that to police immediately," McLalin says.

McLalin says police on these task forces have department psychologists on staff to help them cope with emotionally tolling experiences they encounter on the job.

If you have information about possible child sex exploitation, you can report it at MissingKids.org.