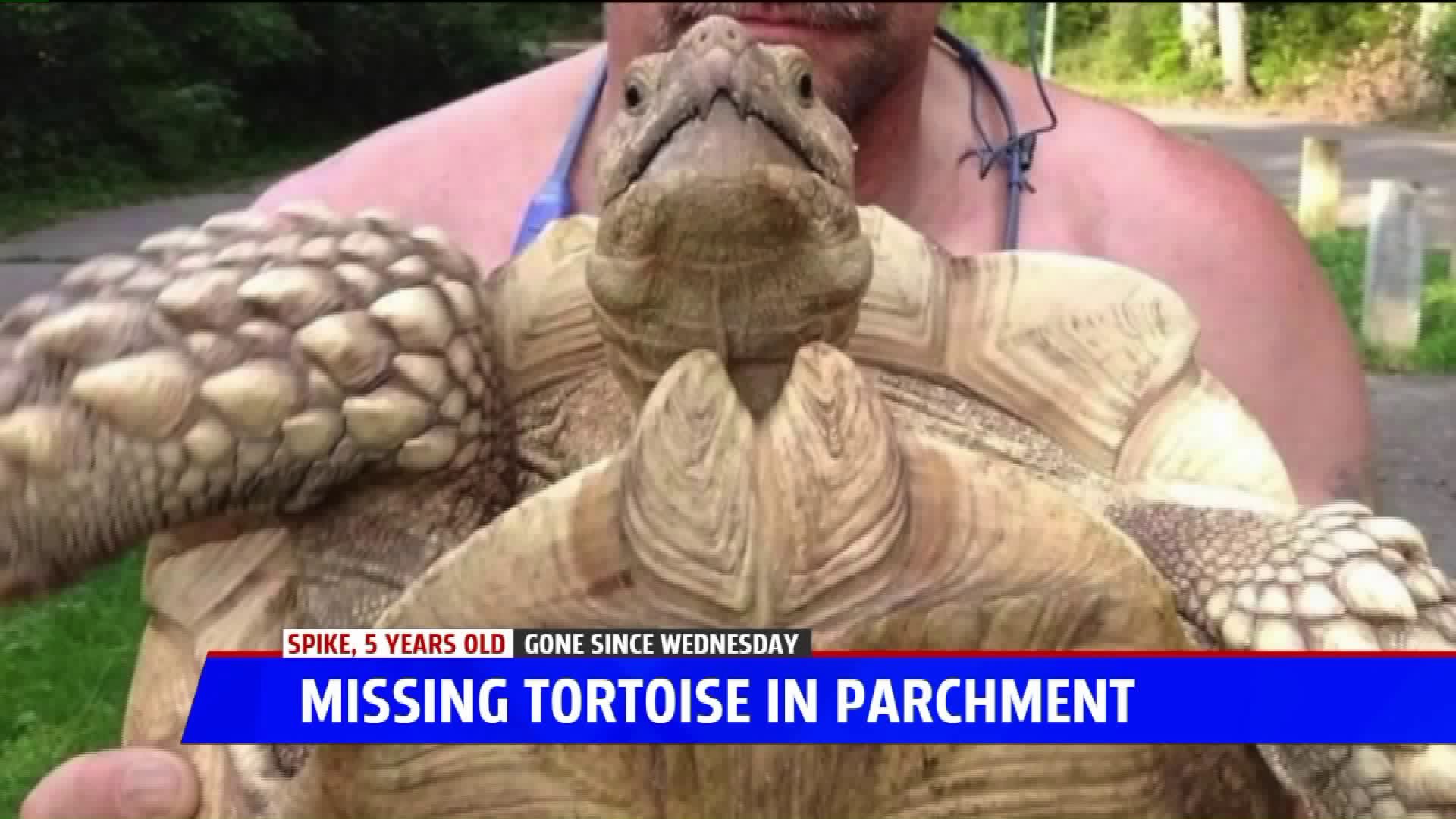 PARCHMENT, Mich.-- A West Michigan family with an unusual pet is asking for their community's help to bring it back home after it went missing on Wednesday.

Spike the 5-year-old desert tortoise has a very special place in the Dziewicki family's hearts.

The family has had Spike for half of Logan's life. He says they got the idea for Spike's name from the movie The Land Before Time. As an only child, Spike is Logan's best friend.

“Found out from the pet store on Gull Road that they actually had a man in there with his family that was asking where to take him," says Logan's mom Kelsey.

The family says the pet store told them the man was going to take Spike to either a nature center or animal pound. Kelsey says they've called both with no luck. Now, they have signs up all over town hoping to reach that man and his family.

“We are kind of just looking to the word out there to anybody that will listen and you know, we would love to have him home," Kelsey says.

Tortoises like Spike can live to be 100 years old and Logan says he hopes Spike will be brought back home so he can have him for the rest of his life.

Kelsey says if Spike is found, they will get him microchipped to better locate him in the future.

If you know who has Spike, send FOX 17 a message via Facebook by clicking here.