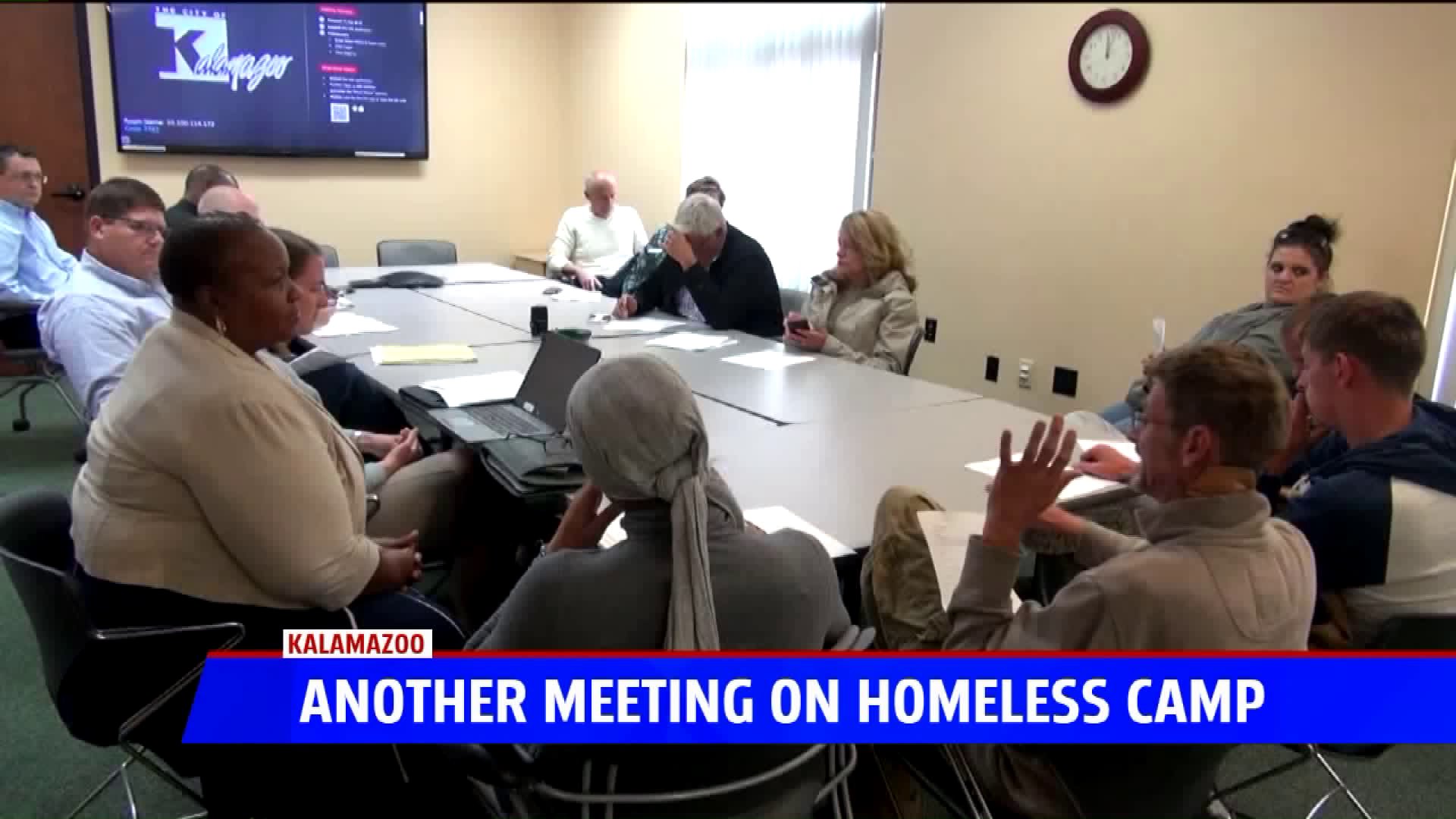 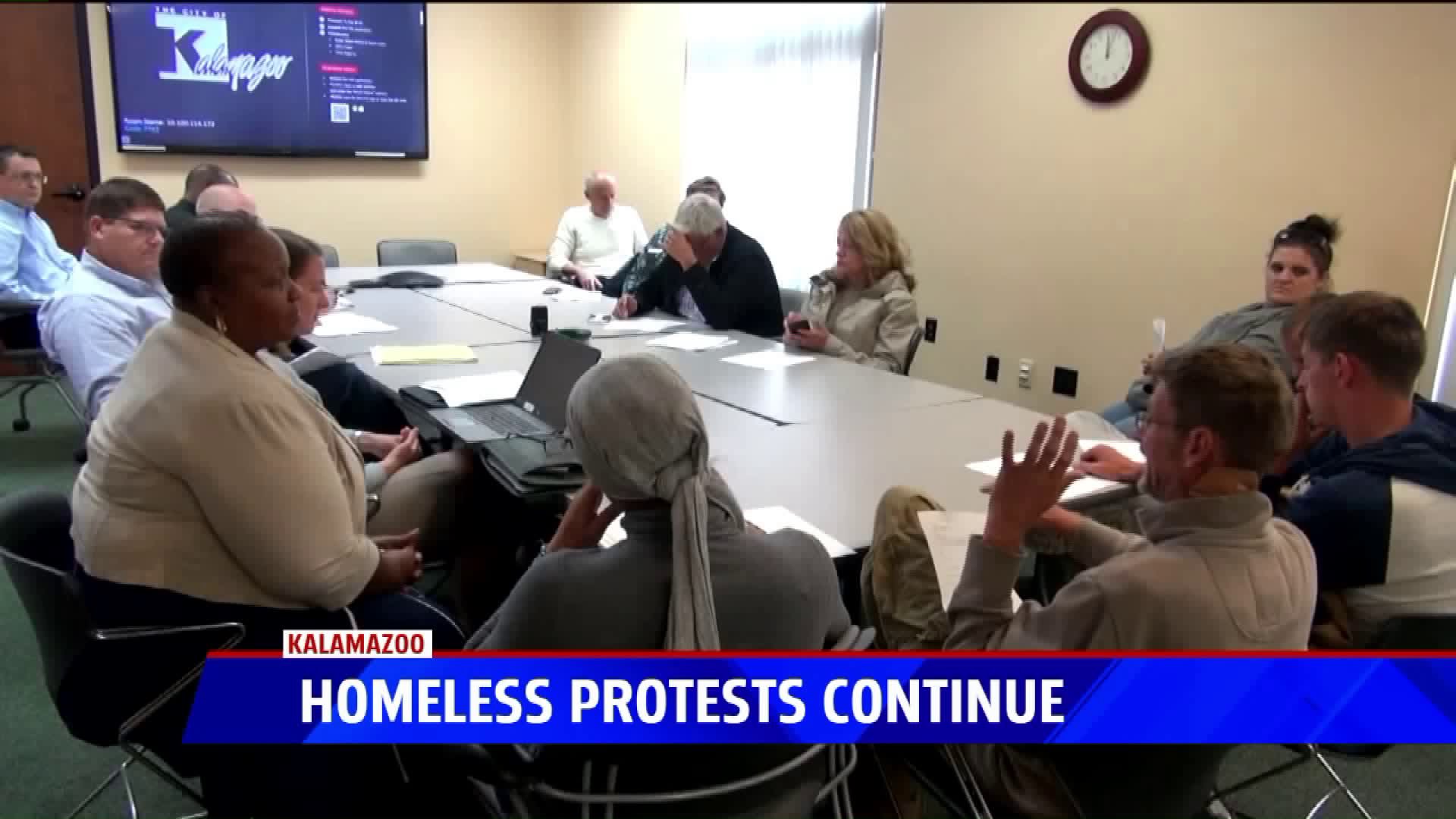 KALAMAZOO, Mich. — City officials and protesters met for a fourth time in a week at Kalamazoo City Hall Monday afternoon to discuss possible housing solutions. City Manager Jim Ritsema and other officials continued to listen to the group’s demands and reasons they returned to Bronson Park after staying at Cedar Street.

“We agreed to a location together,” said Ritsema during the meeting. “We got people saying that was a good idea Friday, and all of a sudden it’s not a good idea on Tuesday.”

Protesters said the place was “unsanitary” and a “hot location with no shade." Art Morelock and Carl Wiseman spoke for the group of protesters at the meeting, many of whom are homeless. While they agreed to move to the Cedar Street, they felt that being placed there was a “breach of contract” by city officials because of  conditions there.

“We’re back at square one,” said Morelock. “The contract is null and void. We’re going to stay in Bronson Park until we can come up with another contract.”

City officials have stated at previous meetings that they are committed to finding both short- and long-term solutions. They continue to offer shelters such as the Gospel Mission as options. They also offered space in the lot across the street from Arcadia  Ales restaurant as another possible location.

The protesters have rejected both, saying the lot is equally as hot as the Cedar Street location. And they’re requesting an investigation into the Gospel Mission for mistreatment.