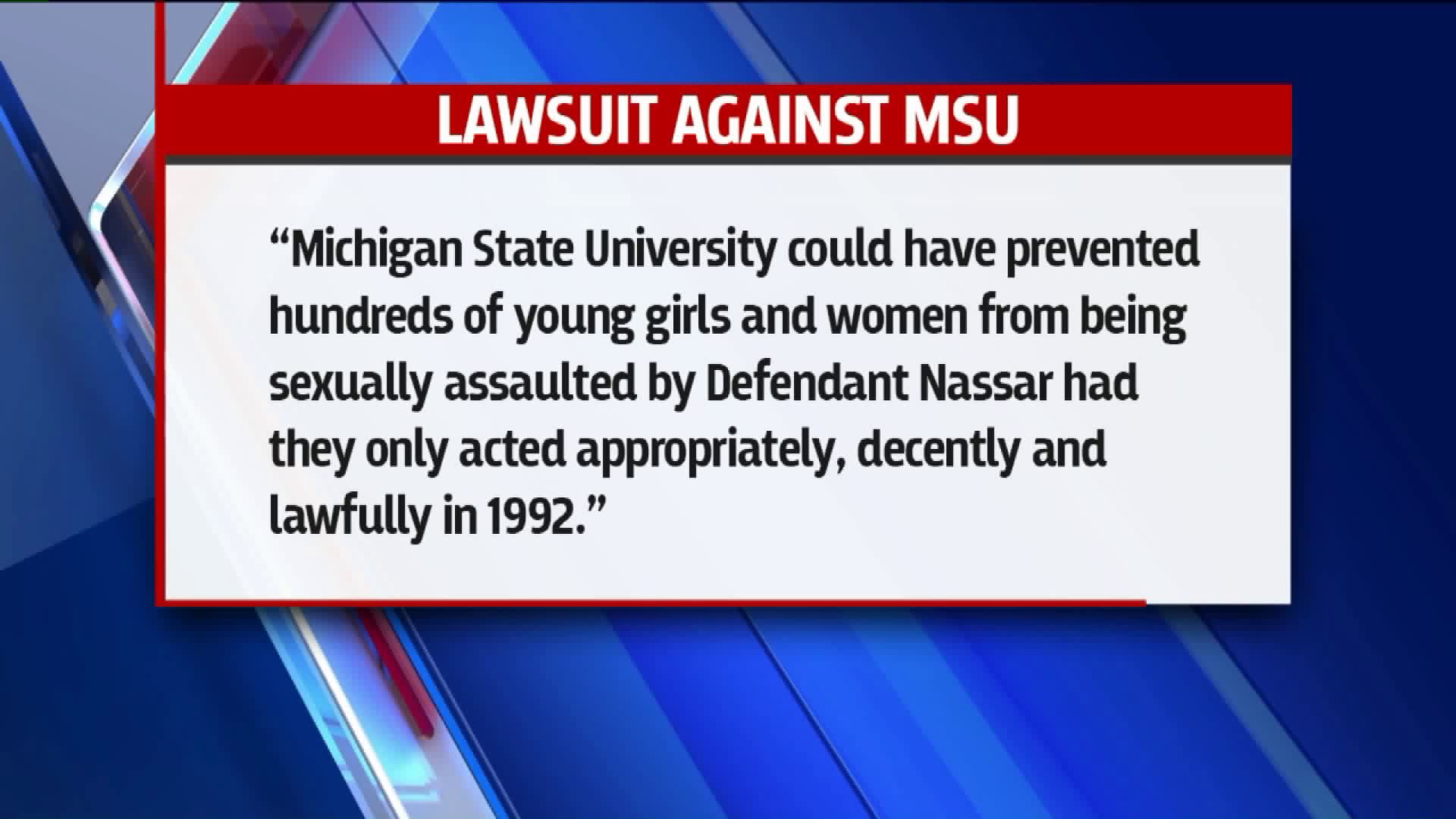 The nearly 150-page lawsuit also names former Athletic Director and Head Football Coach George Perles, who is now a member of the MSU Board of Trustees.

The lawsuit says that Women's Field Hockey athlete Erika Davis saw Nassar for an injury in the spring of 1992, when she was 17 years old. At one visit, she says that Nassar crushed up a pill and told her to drink it, without telling her what it was, and that it was just part of the treatment.  She says that she started to feel woozy and passed out. She says when she regained consciousness, Nassar was raping her.

Davis says after the incident, she reported the rape to her field hockey coach, but when that coach took the claim to Athletic Director George Perles, he allegedly forced her to sign a non-disclosure agreement and resign from her coaching position.  The lawsuit says the university never investigated Davis's complaint.

The lawsuit says that "Michigan State University could have prevented hundreds of young girls and women from being sexually assaulted by Nassar had they only acted appropriately, decently and lawfully in 1992."

“We are deeply sorry for the abuses Larry Nassar has committed, and for the trauma experienced by all sexual assault survivors. Sexual abuse, assault and relationship violence are not tolerated in our campus community. While the protocols and procedures mentioned in this lawsuit do not reflect how sexual assault claims are handled at MSU, we are taking the allegations very seriously and looking into the situation. MSU is working diligently to create a campus community where all members feel safe to study and work free from the threat of sexual misconduct and relationship violence. At the same time, we want to make sure that when survivors of sexual assault or relationship violence come forward, they are treated with respect, listened to and that we provide the appropriate supports throughout the reporting process.”

Davis also says that she reported the attack to local police, but they told her it was up to the Athletic Department to investigate. She says that a sergeant told her that Perles is "a powerful man" and she should just drop it.

Perles stepped down as Athletic Director later in 1992, but has been on the Board of Trustees since 2007.