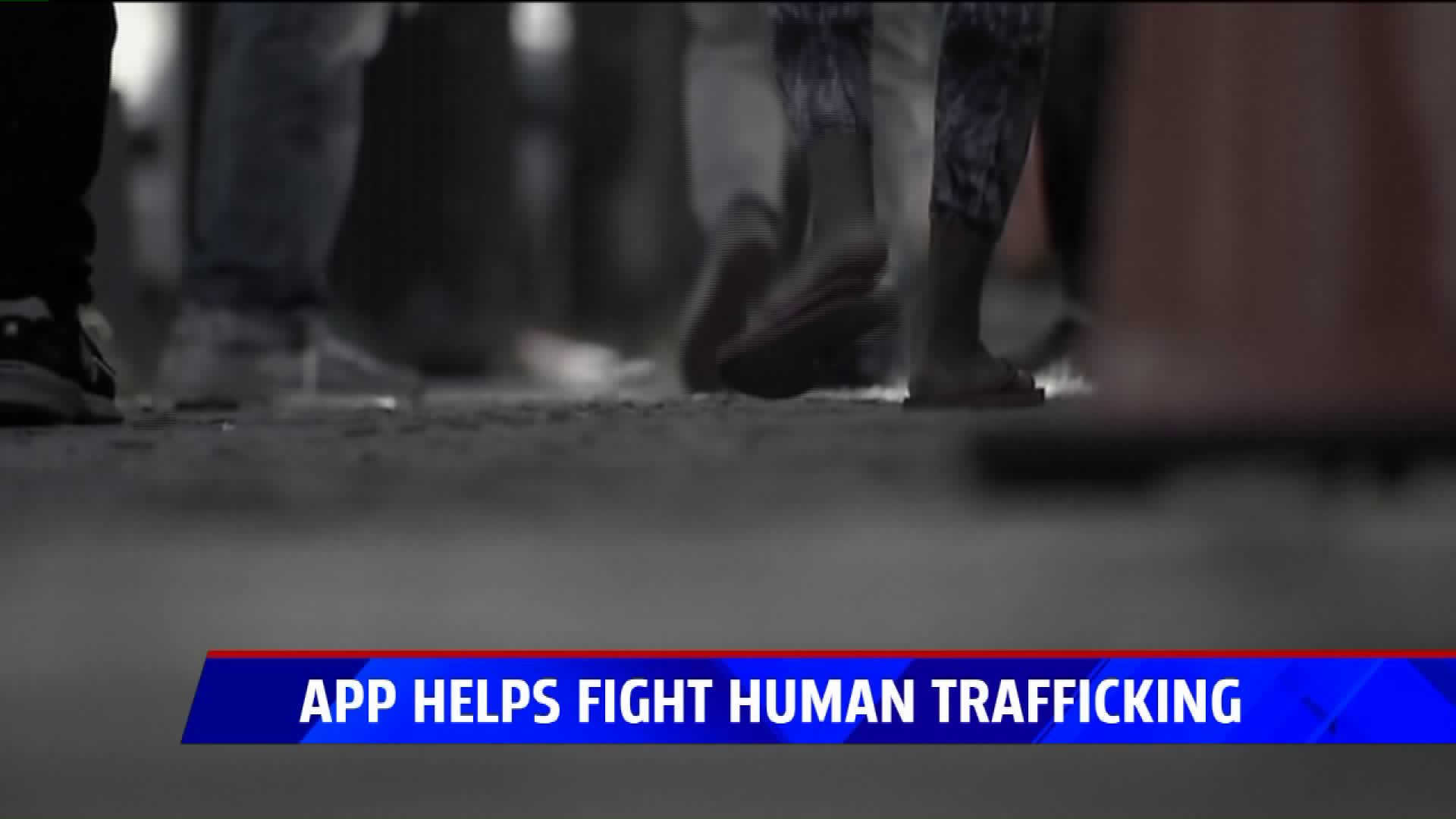 GRAND RAPIDS, Mich.-- It's a growing problem around the world, including West Michigan. Now, an app to fight human trafficking is getting ready to launch for use by law enforcement, but the creators need the public's help to make it more effective.

The app is called TraffickCam. Every time you stay in a hotel, you upload a few pictures of your room to the app. It seems simple, but it could mean the difference between saving someone’s life or not.

"The Internet has changed the face of human trafficking in that people advertise for sex, the way that they communicate with people, it’s almost exclusively electronically based," said Sgt. Joel Roon.

Sergeant Roon with the Kent County Sheriff’s Department says West Michigan isn’t immune to human trafficking, saying it could be even closer than you think.

"Hotel rooms are used very often," said Roon. "I would say a majority of the time in trafficking cases the venue would be a hotel room.”

“We came across a website that was selling children for sex, girls and children for sex and we realized we could recognize the very hotel room that those kids were in," said Kimberly Ritter, director of development with the Exchange Initiative.

Kimberly Ritter with the Exchange Initiative has been working since 2008 to find a way to get more people involved in the fight against human trafficking. It was when a local church in her area of St. Louis, Missouri reached out to them for help they knew they needed to expand their efforts.

“It was a Friday night and a church sent us a picture of a girl, she was high, she didn’t know where she was, but they had a picture of her Backpage picture where she was being sold and we couldn’t identify the room and that bothered us," said Ritter. "We like to be able to help, so we knew that night that somehow we needed more pictures.”

That’s when TraffickCam was born.

"What’s so great about this app is it seems so simple, but you can get involved, when you go to a hotel room, take a picture and upload it to the site and you just helped," said Roon. "You just added to the database to potentially help someone out of a terrible situation and we think that’s a great thing.”

You upload four photos, one from the door, one from the window, from the edge of the bed and the bathroom of a hotel room you’re in and upload it to the app. TraffickCam then creates a database of photos for law enforcement to use to match photos where victims may be.

"Our app actually goes in and through algorithms and digital recognition, so to speak, matches up the points in these hotel rooms and so the red bedspread, the tan curtains, the carpet pattern, the headboard, the lamp," said Ritter.

The app is still in the preliminary stages of building up the database but it’s being used by a few law enforcement agencies around the U.S. Ritter hopes it’ll be available to all law enforcement within a year or so.

"People should download the app and use the app because this is something you can do to fight sex trafficking," said Ritter. "This is a multi-faceted creation because you can take action by taking photographs of hotel rooms.”

"This is a tangible action that people can take to help investigators and to help these survivors hopefully get out of a trafficking situation they’re in," said Roon.

Ritter says once the app is fully up and running, law enforcement agencies and groups that help fight human trafficking will have to apply for access to the TraffickCam database, so not everyone can view them.