Dog born with no front legs gets new wheels 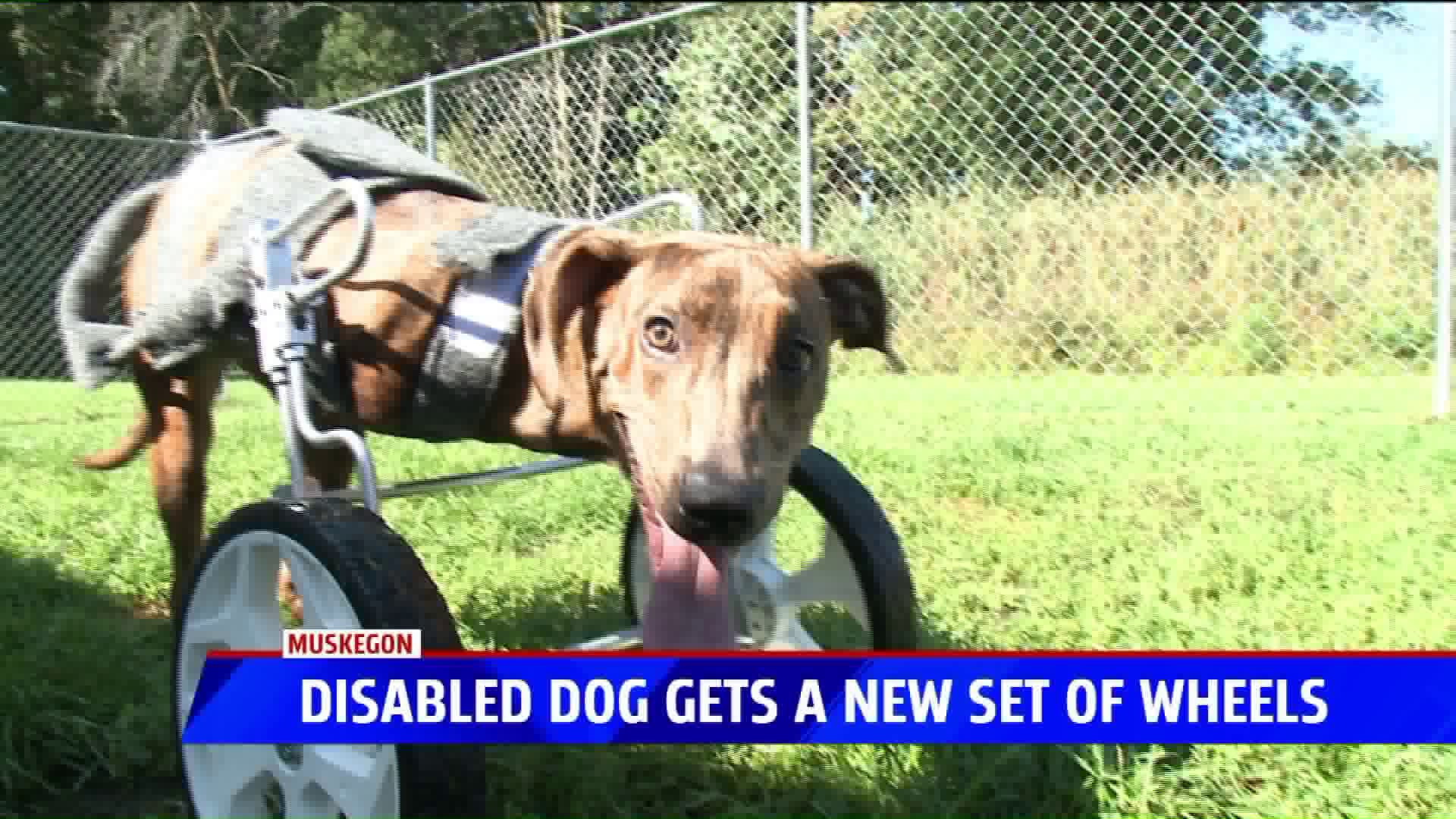 MUSKEGON COUNTY, Mich. - Born with no front legs Lucy Roo was supposed to be put down. A woman thought the dog deserved a second chance and took her in, but later became too sick to take care of Lucy herself.

When Lucy was surrendered to the Noah Project, she quickly captured the hearts of volunteers.

“She’s a very happy dog. She doesn’t even act like she has a disability. She’s happy and hops around like she’s only had two legs all along,” Noah Project Executive Director Mashele Arndt said.

Despite missing her two front legs, nothing slowed Lucy Roo down.

“I saw the potential that this little dog could have if she had wheels,” Noah Project Volunteer Debbie Haack said.

When Debbie asked her husband Dave to make Lucy Roo a set of wheels, he couldn't say no.

“It’s just something I felt I could help this little dog with,” Dave Haack said.

A machine builder by trade, Dave spent countless late nights in the garage making Lucy Roo a new set of wheels from scratch.

Now, with her newfound independence, Lucy is looking to take her next step, by finding an adoptive family. If you'd like more information on  how to adopt Lucy Roo, you can find the Noah Project's adoption application here.