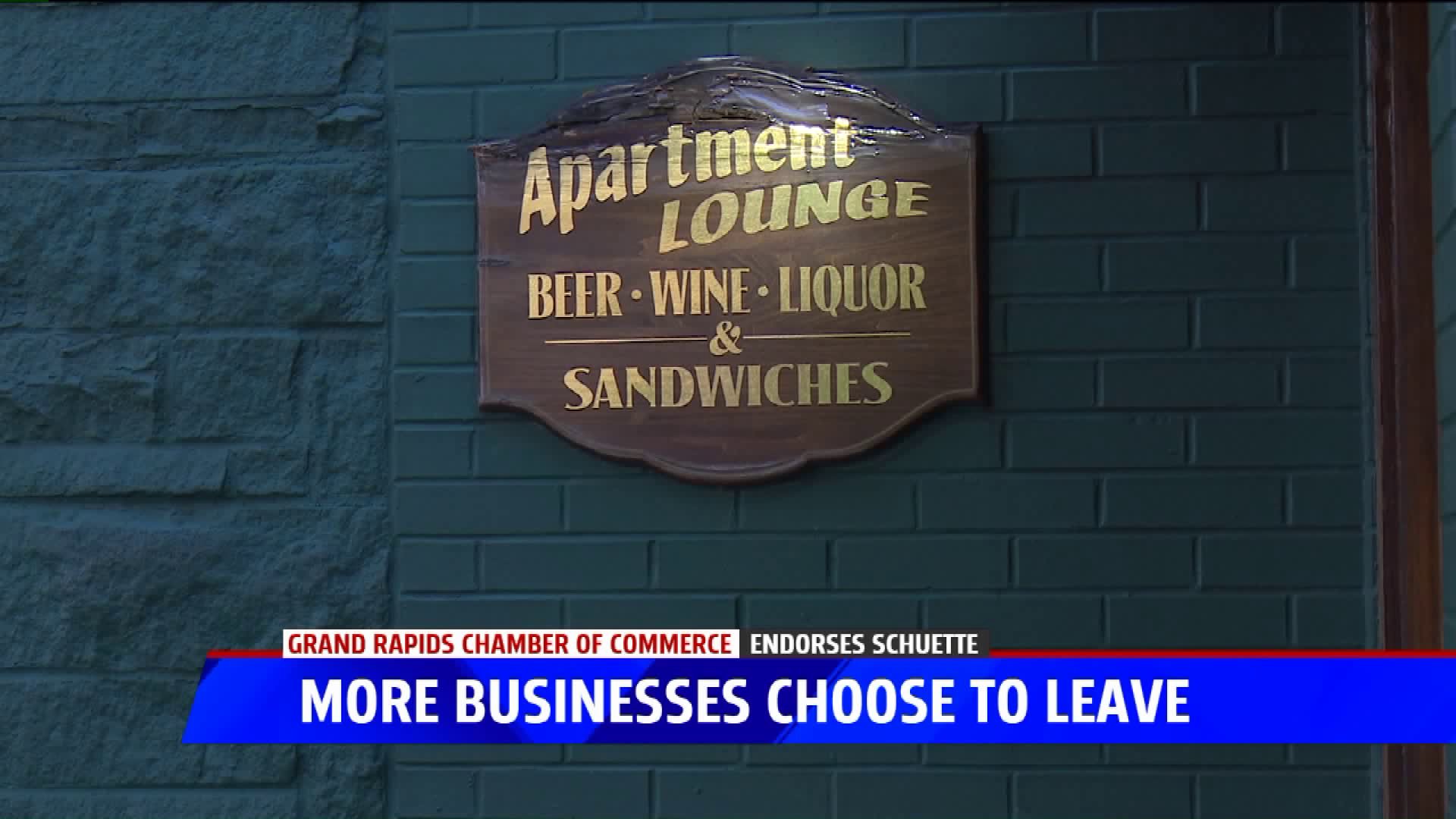 Both Founders and The Apartment Lounge posted the news on their Facebook pages Wednesday, expressing disappointment in the Chamber's decision.

We stand with our LGBTQ community and ask that the @GRChamber reverse their decision.

We will be terminating our membership in the meantime and encourage our fellow local businesses to consider doing the same. https://t.co/dfCfoF2FIF

"With us being the only organization in terms of the Chamber in the whole country actually that has a LGBT extension, I’ve always been very proud of that," said Bob Johnson, the owner of The Apartment Lounge. "In doing this, it sort of negates who we are and what we’re doing. I can’t condone that, so I’ve pulled all of my memberships as of today from the Chamber of Commerce.”

The Chamber announced its endorsement on its Facebook page on Monday, news that was upsetting to several companies and residents who responded to the post.

Many comments and posts against the endorsement, center around the republican candidate's formal opinion from July 2018 in regards to the Elliot-Larsen Civil Rights Act. Schuette-the current State Attorney General- was asked to give his opinion, after the Michigan Civil Rights Commission voted earlier in the year to expand the interpretation of the act to include protections from discriminations based on sexual orientation and gender identification when it comes to things like housing and education.

In his opinion, Schuette said expanding the interpretation, which currently just uses the word sex, and also bans sexual harassment, would go beyond  the original intent of the Legislature

During an interview Tuesday, Chamber President, Rick Baker told FOX 17 while they don't agree with every candidate on every single issue, they try to align with those who can help Michigan's business sector.

"We have worked a lot the last few years with the current administration to make improvements in the business climate. We’re seeing the results of that. People are coming back to Michigan businesses are growing," said Baker.  "We want to continue that process and continue that forward movement, and policies that align with Schuette put us in that direction to keep us moving forward.”

Baker also told FOX 17 the Chamber also still supports the LGBTQ community and welcomes anyone with concerns about the endorsement to contact them.