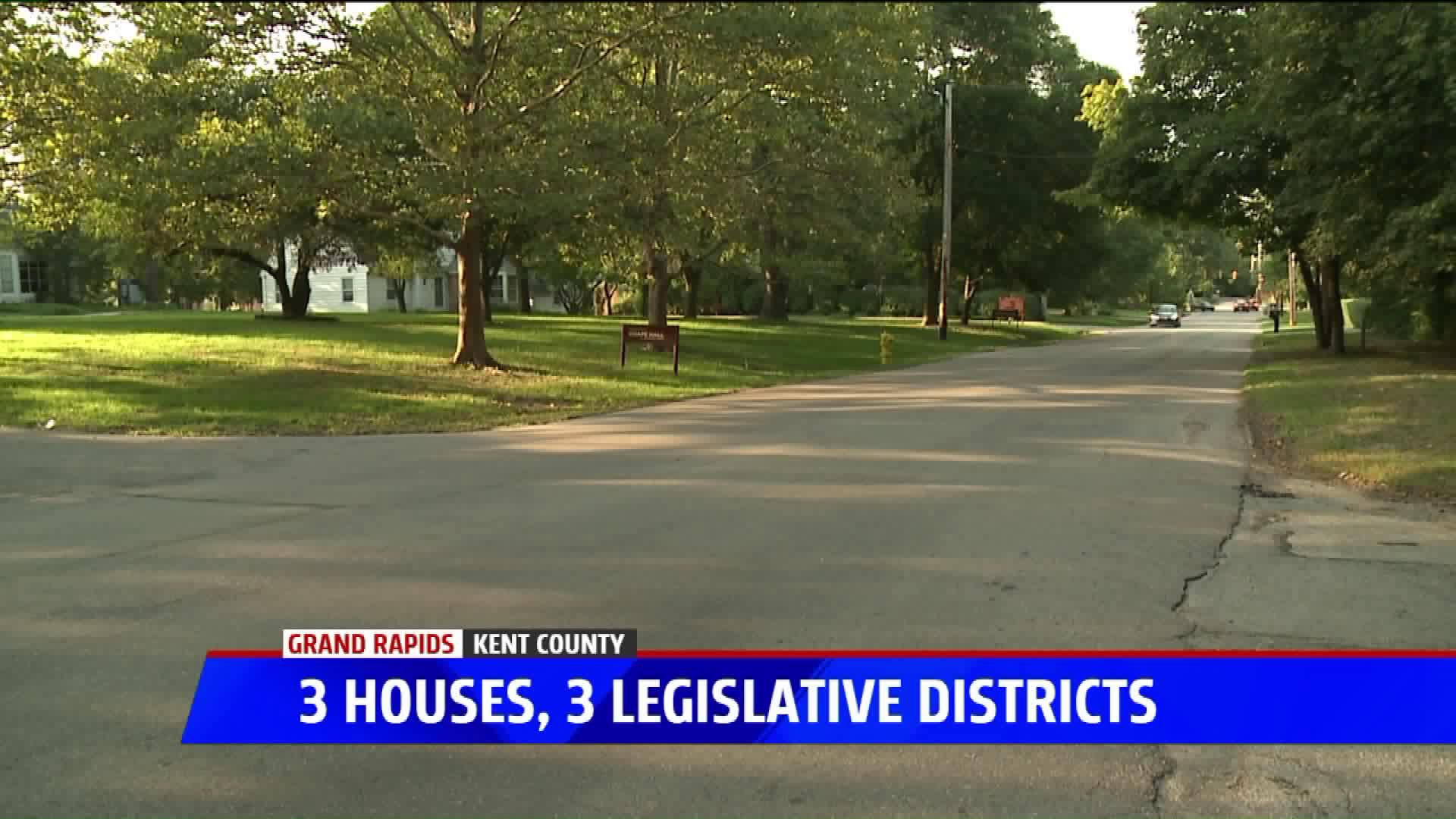 GRAND RAPIDS, Mich. -- As the November election inches closer, a small neighborhood behind Aquinas College in Grand Rapids finds itself in a unique position.

In the span of less than half a mile on Woodward Lane SE, there are three different legislative districts.  A homeowner says living in this convergence is strange, while the group Voters Not Politicians says it points to gerrymandering.

Clary resides in the 76th district when it comes to the state legislature. Her neighbors on the same street are in districts 75 and 73.

"Sometimes people come by our house and they're running for office and they think they are in our district but they're not because they are one street over," Clary said.

Finding the right place to vote can also be a burden.

"We have had some trouble finding our polling places too, it seems to move around a lot," Clary said.

The group Voters Not Politicians says it's an example of gerrymandering, meaning politicians manipulating districts to maintain power.

"Right now politicians lock themselves behind closed doors and carve up our communities to try and get elected for themselves," said Voters Not Politicians founder Katie Fahey.

To get their point across, Fahey made a video to show just how close the districts are.

"Yeah I started down in one district and ran all the way down," she said. "And yeah it took me 46 seconds and I'm not a fast runner."

She says the complicated districts make it harder for people to petition their representatives.

"And if this street in particular had a problem they would be trying to get three different people's attention," Fahey said.

Redistricting is done once every 10 years, and 2020 is the next round. However, how that's done could change this November when the issue of drawing political lines goes to the voters to decide. If passed, a 13-member bipartisan commission would draw the districts.