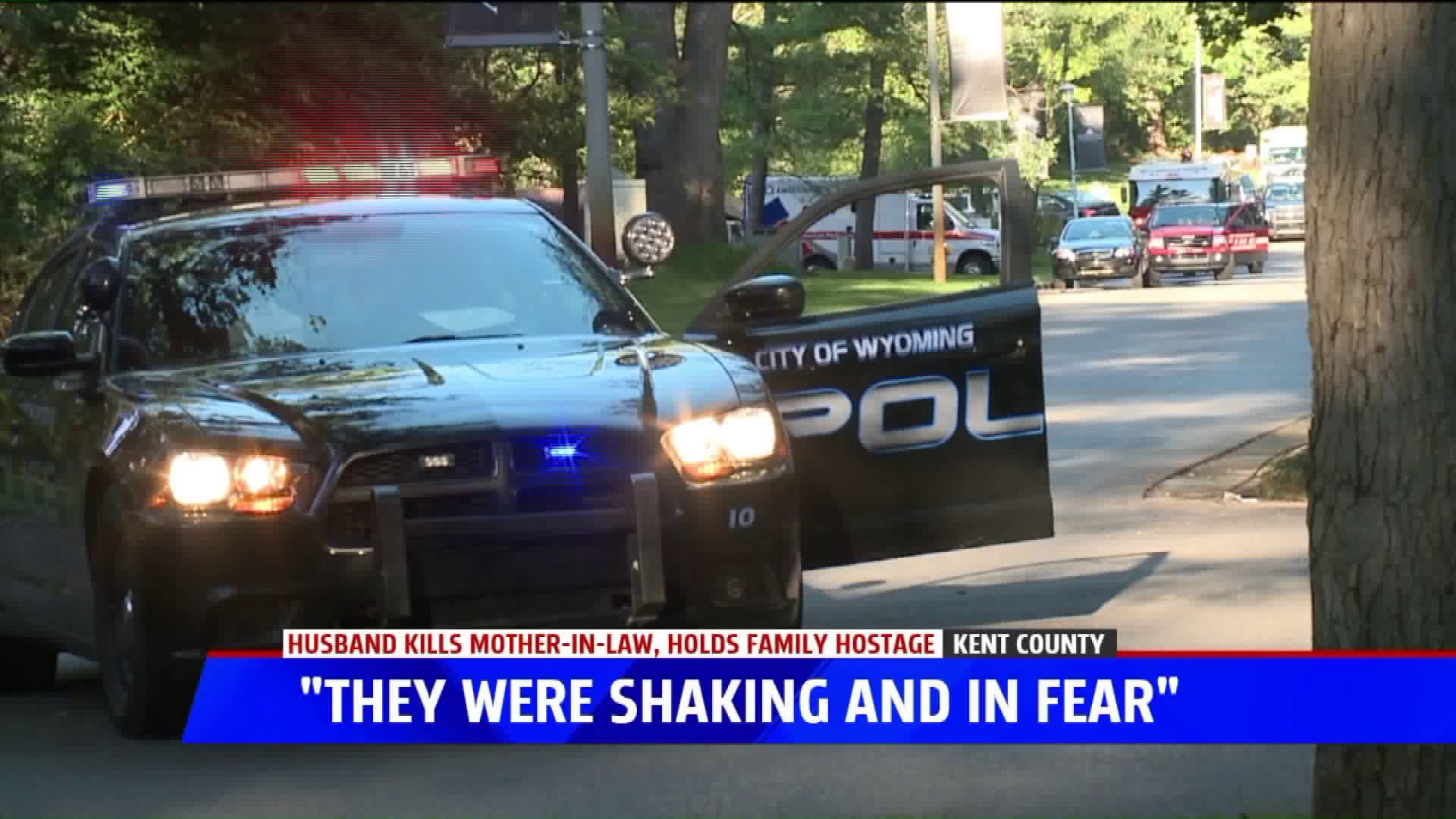 WYOMING, Mich. - The friend of a woman who escaped from her husband with her two kids during a hostage situation is sharing her story.

Kayleigh Meyering says she knew that on Saturday afternoon something horrific was happening to her friend Samantha Huntley.  The two were close years ago, both of them being hearing impaired.

"The reason I was part of it was that she responded to me first. Saying that she was going to be okay, saying her and the kids were going to get out at some point. I called the cops from there and said this is what she said to me. She told me to come over there right away," she said Tuesday.

Police say Samantha's husband, Bruce Huntley, killed her mother, Lisa Bradley, and James Cole, Lisa's boyfriend, in Spencer Township following a domestic incident the week before. He then drove her and the kids back to the apartment they used to share in Wyoming.

"I wasn't sure if it was her or him texting me so the cops took my phone away and pretended to be me," Meyering  said. "As soon as she said 'I'm at the apartment, he's going to let me go and the kids.' They took my phone and said 'I am here, can you come out with the kids?'"

She says Samantha told her that the family made dinner while inside the apartment.

"As soon as she and the kids got out, I got permission to take the kids overnight. And the joy in their face once they got here was amazing."

He released Samantha and the children at about 6:30 p.m.  Police later entered the apartment

and found Bruce dead from a self-inflicted gunshot wound.