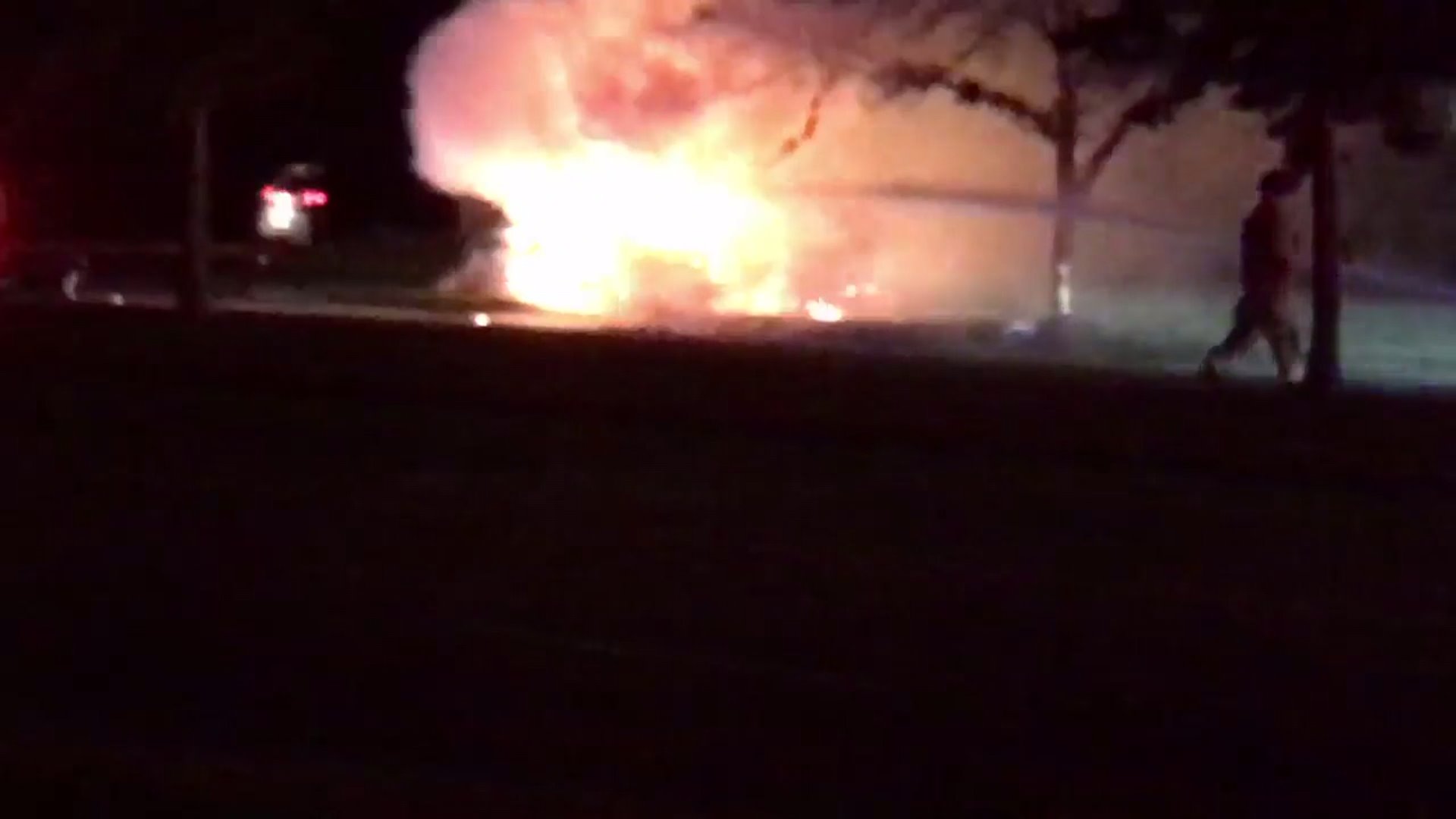 On Saturday morning, the Wyoming Department of Public Safety identified the crash victim as Jeffrey Lee Roberts, 37, of Grandville and said the cause of the crash remains under investigation.

WYOMING, Mich. -- One person is dead after a fiery crash overnight in Kent County.

It happened just after 12:00 a.m. Friday morning in the southbound lanes on Clyde Park Avenue near 54th Street.

Officers with the Wyoming Department of Public Safety say the driver went off the road, struck a tree, and then the car burst into flames.

We know one person died, but police have not released their identity.

No word if alcohol or drugs played a role in the crash.