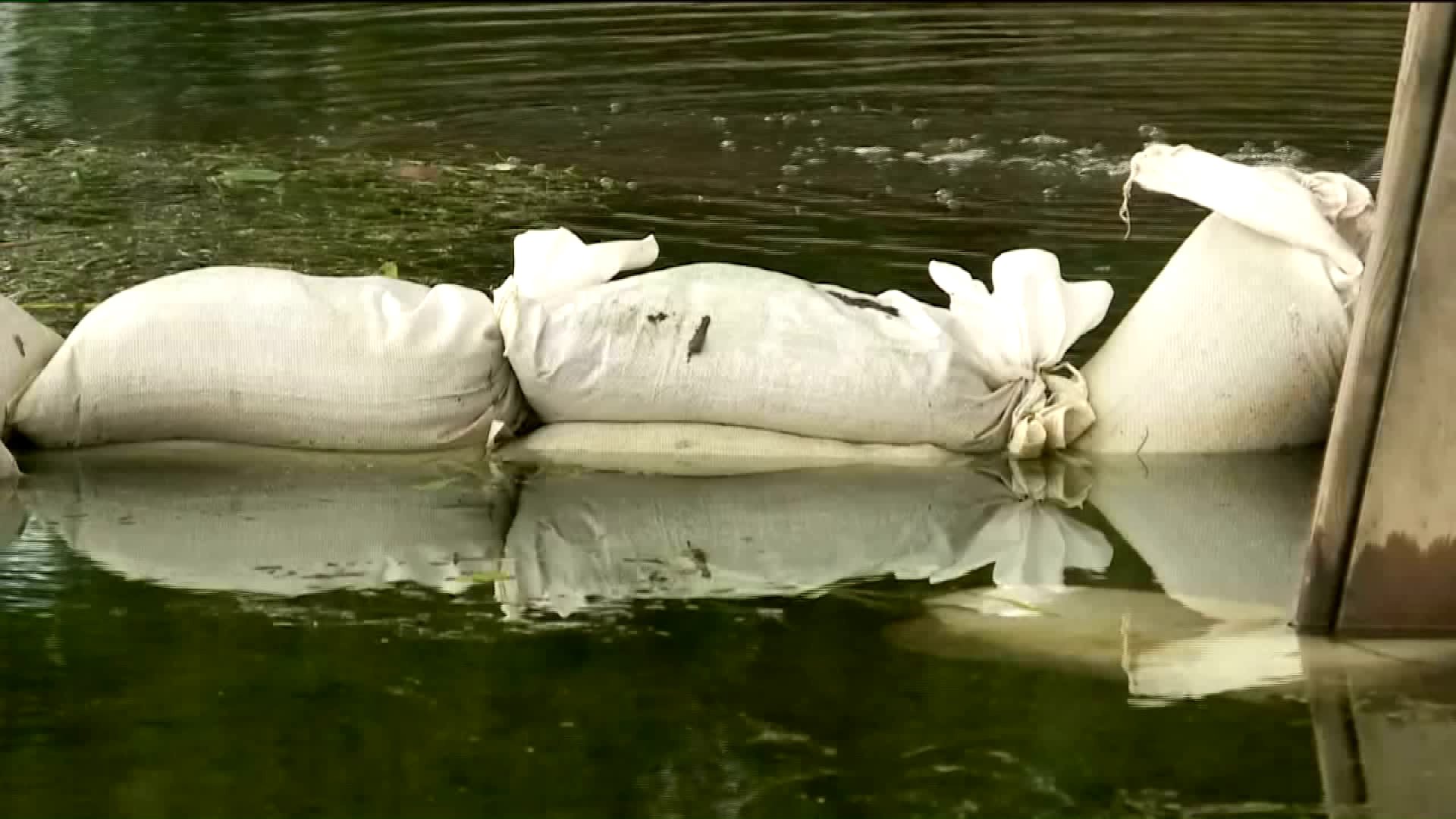 DELTON, Mich. — Deb Englehardt said she and other residents on Crooked Lake are starting to panic. The water level has continued to rise. It's gotten so high that it's now six feet from her house after once being yards away. She fears that by the time winter arrives, it could reach her doorstep.

“I don’t want a house boat,” she told a group of eight people at the Local Grind coffee shop. “If I wanted a house boat I would’ve bought one.”

Englehardt and a few neighbors met up at the shop Friday morning to discuss their concerns with the State Representative Julie Calley. Jim Dull, the Barry County drain commissioner, was in attendance as well and stated that the water had risen 50 inches in the past nine months when the issues began.

“I want to just get it done,” Englehardt said. “We just need to get it done. I’d be out there digging if I thought it would help.”

Englehardt believes they’re in a “crisis.” Neighbor Cheryl Reda agreed. Reda said she once had 40 feet of sand and grass near her porch. Now, she’s only got 14 feet and she’s frustrated.

“I resent that we’ve lost the whole summer,” Reda said during an interview. “This was a summer that I’ve had my grandkids and my family, my extended family up most of the summer and we can’t even sit outside.”

Residents on Crooked Lake say that all of the water issues began back in February. That’s when they noticed the water starting to rise after they endured a stormy winter and spring. And all that excess water damaged people’s homes.

“They have water coming into their homes,” Englehardt said about some of the residents on Crooked Lake. “Their floors are wet. Their floor vents have water in them. There are people that can’t  flush their toilets.”

During the summer, drain commissioner Jim Dull looked for solutions to get several feet of water off the lake. He, along with other local officials looked into hauling the water to other people’s properties or farms. However they were denied. Then in August they got permits from the MDEQ to build a makeshift dam on M-43 to pump water out of Crooked Lake and into nearby Glasby Lake. And, it worked.

“Everybody was all excited about it,” Englehardt said. “And we thought it was going to do great things. And it’s come to a screeching halt.”

Englehardt and others said that levels were rising there in addition to the Crooked Lake water they pumped into it. However they don’t know specifically why. Dull said he believes it has to do with “mother nature taking away what they gained.”

“These people, they’re literally trying to keep their head above water, “ Dull said in an interview. “It is our job to find some way to fix this and we’re just really struggling.”

Dull said he wants the public to know that they’re not giving up on finding short-term and longterm solutions. It's a topic they talked about at the meeting Friday morning. Calley agreed and said she’s available to help in any way she can. Residents said they were grateful because something needs to be done fast. Winter is 11 weeks away.

“We have a fabulous lake,” Englehardt said with tears in her eyes. “I think everybody that’s on it, loves it. It’s just too much of it."