Boy Scout dies after being buried in sand dune, airlifted to hospital 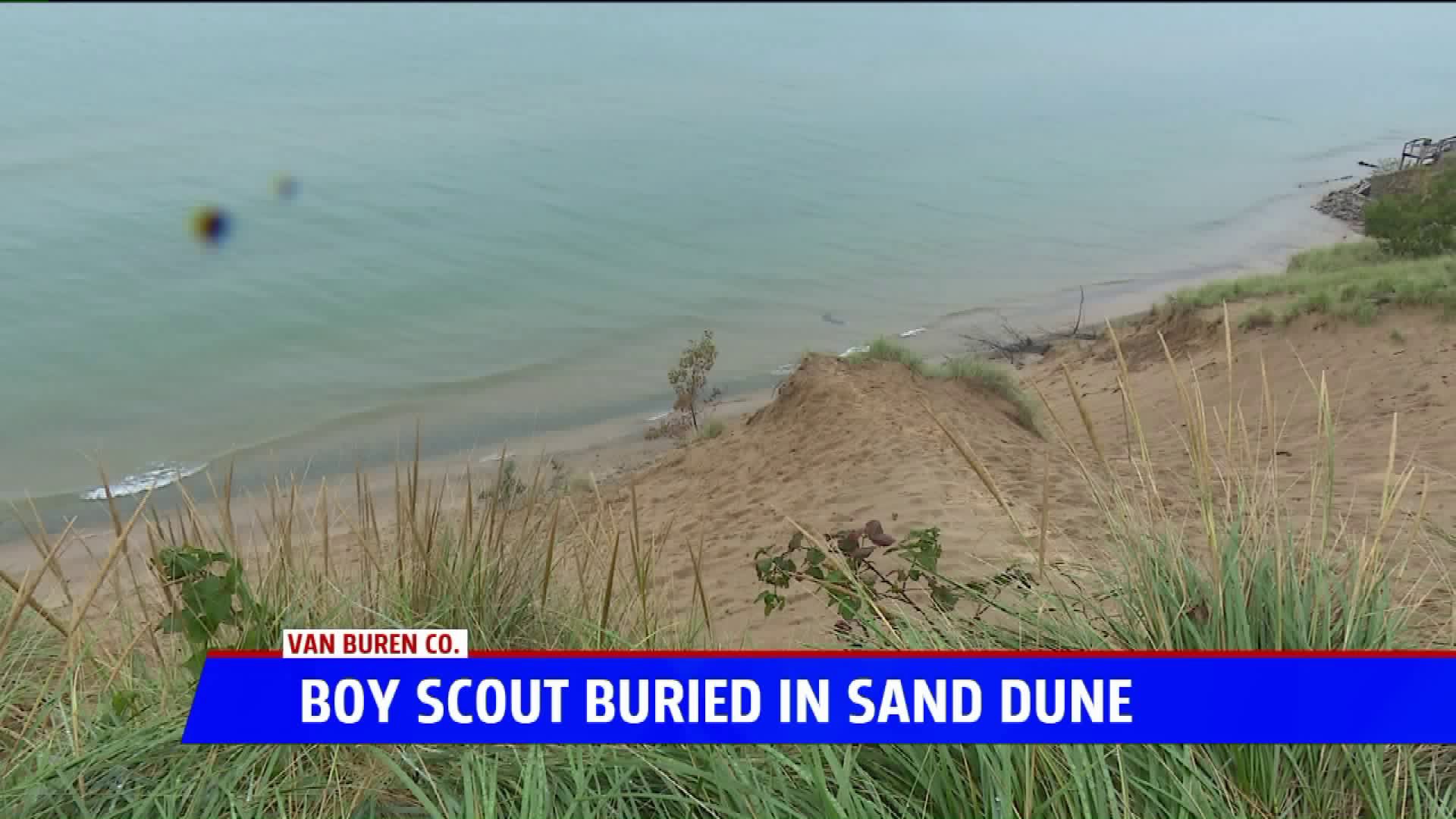 SOUTH HAVEN, Mich-- A 12-year-old boy has died after being buried in a sand dune over the weekend.

According to a release from the South Haven Police Department, a 911 call was made Saturday afternoon regarding the incident near the water at the Boy Scout Camp in the Van Buren State Park.

When crews arrived on the scene, they found scout leaders performing CPR on Gage Wilson, 12. An officer and volunteer with South Haven Area Emergency Services then took over efforts until an officer arrived with an AED and were able to get a pulse.

Police say Wilson's family in Portage has been notified of what happened and that while the incident remains under investigation, it appears to be accidental.

Officials say Wilson had been participating in a Scout activity at the time.

“This is a very difficult time for our Scouting family. We are sad to confirm the death of one of our youth members following an accident at a Scouting event. We offer our deepest condolences to the victim and his family, and we will support them in any way that we can. Please join us in keeping all those affected in your thoughts and prayers.”

The organization went on to say that safety is integral in everything they do.

Autopsy results in the case are pending.