Community rallies behind Union High football to ‘fill the stands’ 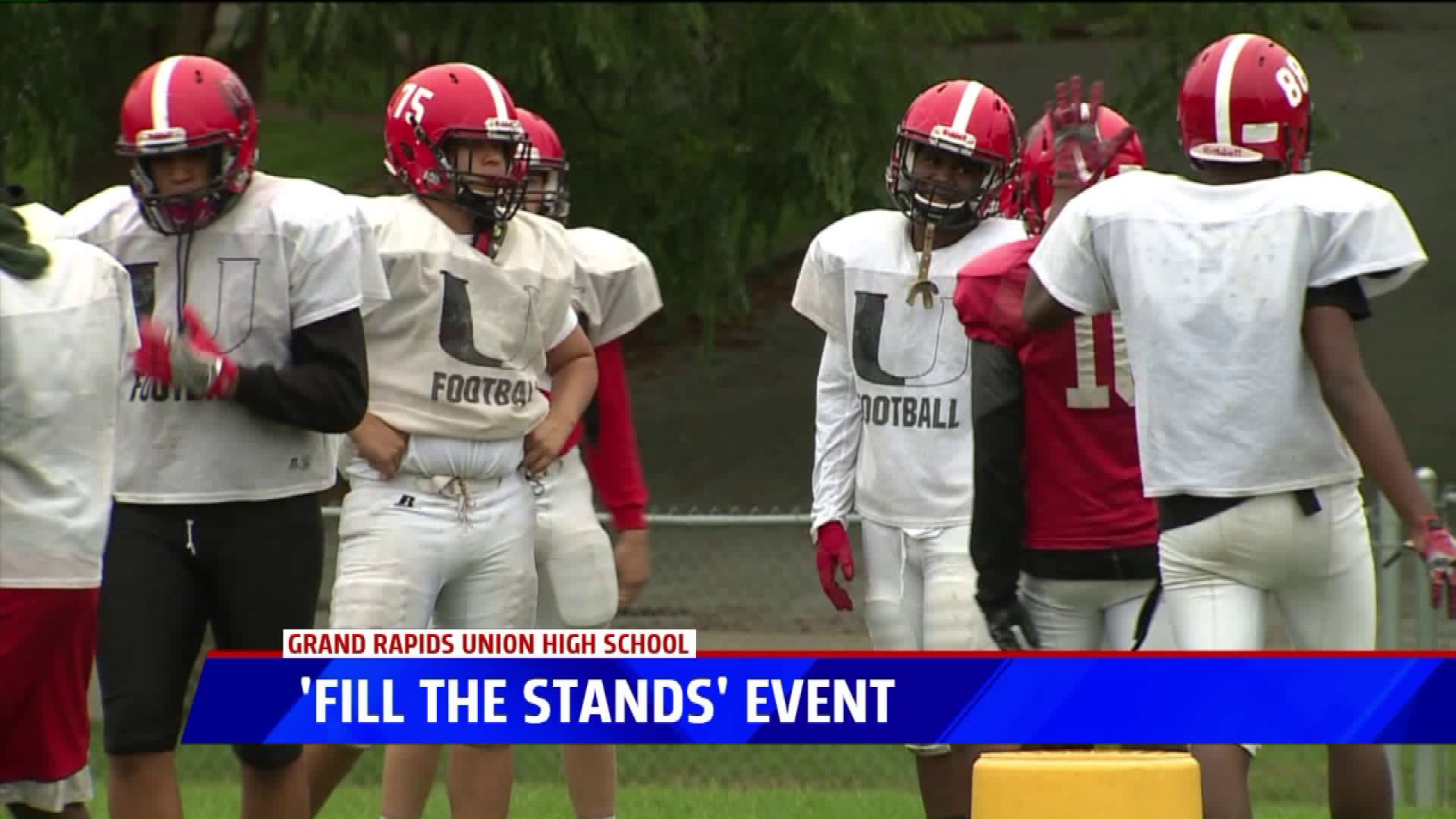 At the team's away game at Reeths-Puffer, Union's stands only had four people in them.

"You look in the stands when you’re losing, four people. It just makes you, makes you tired," team captain Caleb Smith tells FOX 17. "It gets tired. It gets old but you keep going. Can’t stop.”

A photo of the nearly empty stands was posted on Facebook and inspired community members to start the 'Fill the Stands' effort.

“The kids are all excited about it, too," Varsity Coach Rick Angstman tells FOX 17. "It’s really nice to have a group of people that know that you care.”

Community members and the team are now hoping that come their home game on Friday against Muskegon, the bleachers are filled with fans.

“Although the performance on the field is not where we need it to be, sometimes it’s way more important than that," Angstman says.

Angstman says the team has had a rough couple seasons with a small team, tough games and low fan turnout but he says that's not stopping his boys.

“When they get here, they’re teenage boys after a long day in school, they want to have fun but when it gets down to it, they’re willing to be coachable to work hard," Angstman says.

The boys spend hours after school practicing. Smith says giving up is not an option.

“We don’t quit no matter the score," Smith says. "I mean it might not be pretty but it’s more behind the scenes stuff that’s going on that’s gonna help benefit the program.”

Angstman also teaches U.S. History and is usually the first faculty member to arrive in the morning and the last to leave at night. He says his team makes it all worth it.

“I’m extremely proud of them, too," Angstman says. "I don’t always tell them that during the course of the season but it’s my fourth year here too and a lot of these kids I’ve coached before they were even in high school, they were in the middle school program and every day I just love getting here for my job.”

The 'Fill the Bleachers' effort inspired a local business to donate banners for fans to hold in the stands. Some are even donating money to the football program for those who can't afford tickets.

Union's next game is this Friday at 7 p.m. The team will be playing against Muskegon at Houseman Field in Grand Rapids.