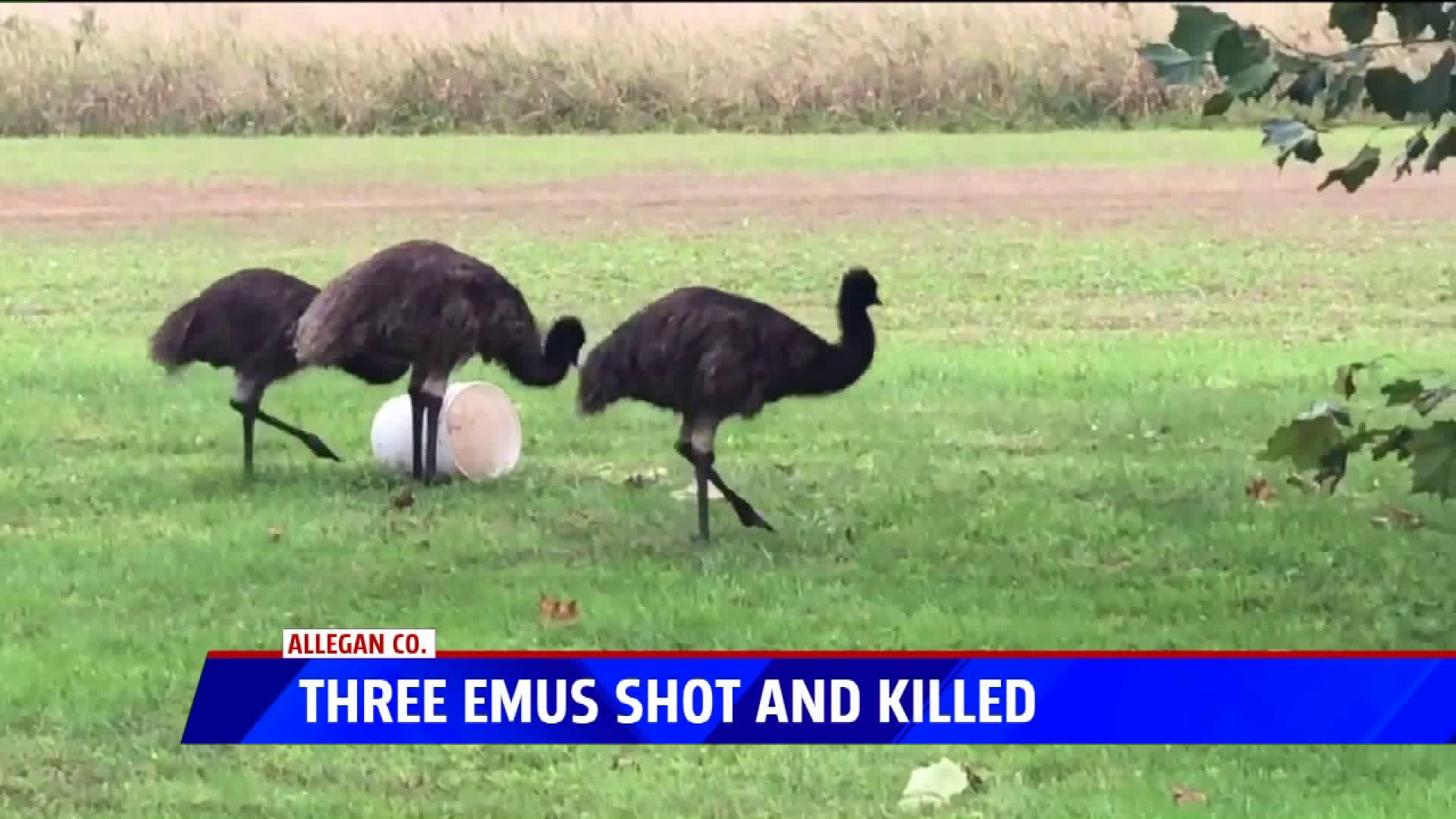 ALLEGAN COUNTY, Mich. -- The sheriff's department says Allegan County Animal Control had no choice but to kill three loose emus found in the county on Tuesday after attempting to find the owner to no avail.

“Attempts were made to corral them, but they can jump 7 feet. You need special enclosures to trap those birds,”  Allegan County Capt. Chris Kuhn said.

The emus were in the road near the intersection of 30th Street and 140th Avenue. According to Kuhn, they wouldn't get out of the roadway, proposing a danger for drivers. Catching the birds could also prove dangerous.

“Oh, it’s not a harmless bird. Those birds are about a hundred pounds. And the biggest thing is if they’re cornered or scared, they have very large talons on their feet that can do a lot of damage,” Kuhn said.

Adrian Quint raises emus in Benton Harbor. He says his birds are really quite sweet and kind, but like any animal, have the potential to harm someone if they feel threatened.

“Just like any wild animal, or any animal, you want to always respect the animal. Because they do have a really nice big front claw that could gut you if they ever got upset with you,” Quint said.