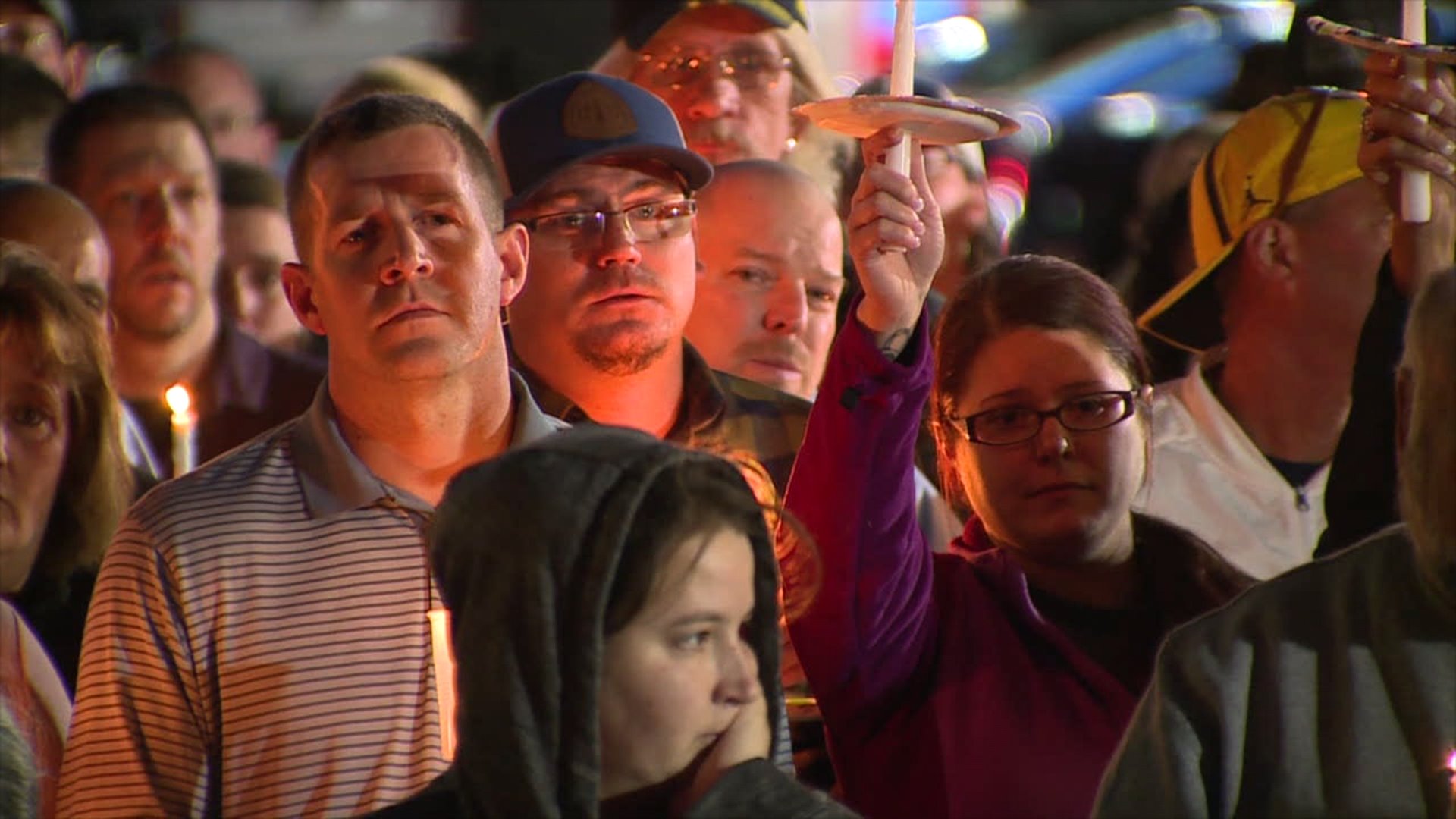 GRAND RAPIDS, Mich.-- A local business leader and father of two is being honored after he died Thursday morning following a stabbing on Wednesday night.

Hundreds of loved ones of Joey Vitale held a vigil at Burton Heights Pizza, where Vitale worked, to honor the man he was.

“He’d have given you the shirt off his back without a question," says longtime friend Rob Hartung.

Police say Vitale was working at Burton Heights Pizza when someone came in and caused a disturbance. Police say it was then that Vitale was stabbed.

Police took a person of interest into custody following the stabbing and say that person is tied to other crimes in the area.

Police say Vitale tried to drive himself to the hospital before crashing off of Wealthy Street. He passed away Thursday morning.

It's that last fight for his life that according to Hartung, says all you need to know about Vitale.

“That he was a fighter, not a quitter and that he was gonna do everything he could to live because he had a lot to live for," Hartung tells FOX 17.

Hartung says who he had to live for were his two young daughters and his wife Christina.

Loved ones who came to pay their respects had a common message: though Vitale came from wealth, he never showed it and always worked hard.

“He didn’t have to be that way and he was the humblest person I had met in a long, long, long time," Hartung says.

Vitale's family friend and childhood soccer coach, Elias Khoriaqy says Vitale's work ethic was something remarkable. He remembers that about Vitale, even from a young age.

“When the game starts and when he is on the field, he plays his heart out, his heart out," Khoriaqy says. "I mean if you ask a person to give you 100 percent, Joey is the type that will give you 200.”

Praising his positive attitude and ability to see the best in everyone, Vitale's friends and family say they're angry and heartbroken to lose their leader and buddy, who they now call their angel.

Burton Heights Pizza was closed Thursday and it's not clear when they will reopen for business. Many of the people at the vigil were staff members and were shaken up about what happened there on Wednesday night.

Vitale's death is the eighth homicide in Grand Rapids in 2018.