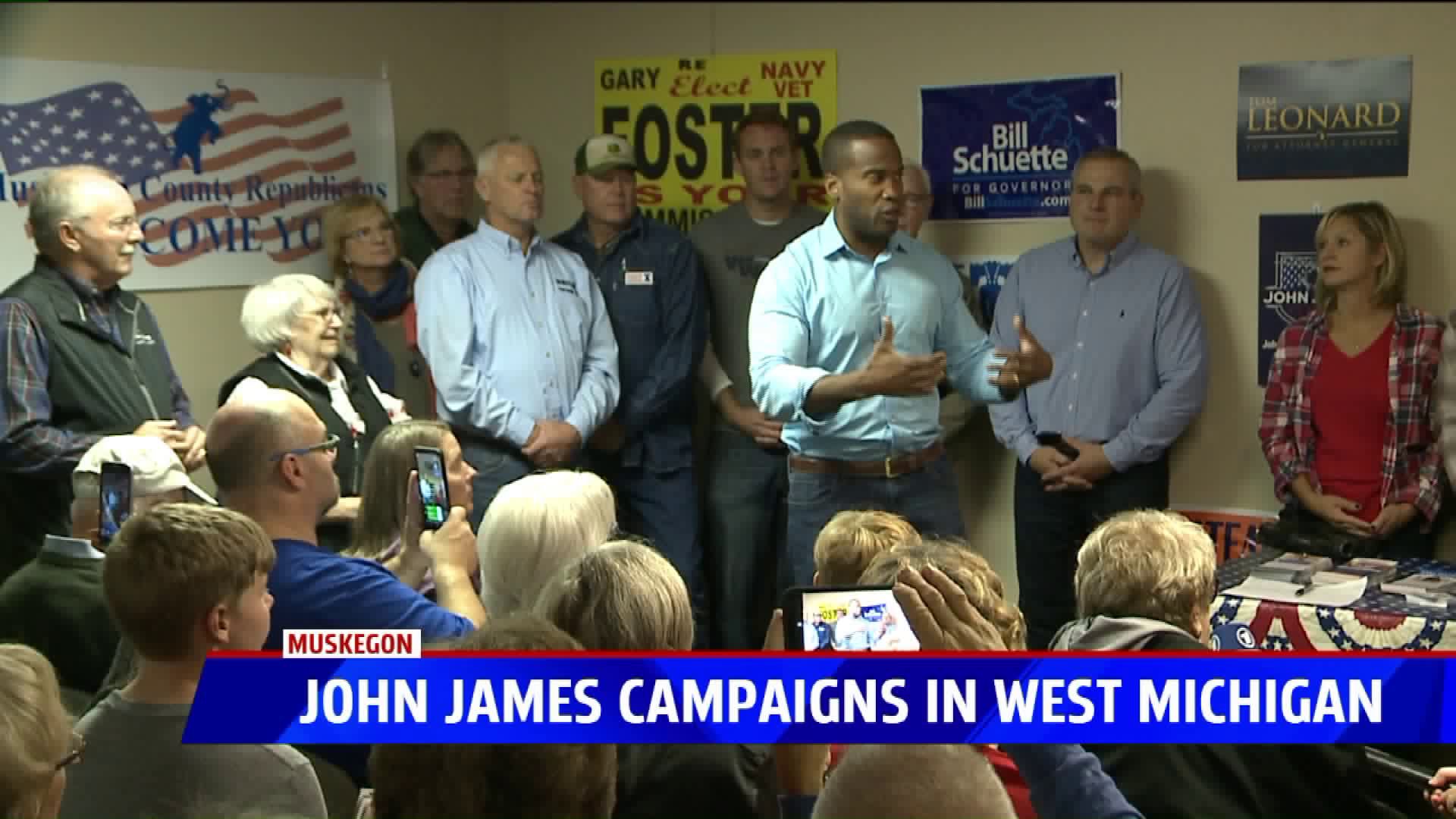 MUSKEGON HEIGHTS, Mich.-- During an event with supporters on Saturday, U.S. Senate candidate John James repeated his message that both Democrats and Republicans are to blame for shortcomings in Washington.

“I have told you that both parties have failed," says James. "That includes the Republican Party.”

James was quick to name his opponent Senator Debbie Stabenow (D) and Senate Minority Leader Chuck Schumer (D) as part of the group who has "failed the American people." However, when it came to naming names in his own party, James was silent.

Since the primary, in which he was up against Republican Sandy Pensler, James has campaigned on the promise that he is an outsider and has no ambition to be a career politician. On Saturday he compared his desire to be a Senator with his experience in the military.

“I want to go to Washington just as badly as I wanted to go to war," James told supporters. “But I’m old enough to remember as well, when we as Americans did what we had to do, not what we wanted to do.”

During his speech to supporters, James paused and said that it is hard for him to campaign because his "heart is breaking" because he says American blessings are "slipping through our fingers."

James appeared at the event held by the Muskegon GOP at the same time that the U.S. Senate was preparing on Capitol Hill to hold its final vote to confirm Judge Brett Kavanaugh to the Supreme Court. James spoke to FOX 17 about Kavanaugh's turbulent nomination process and the allegations of sexual misconduct against him.

In the wake of Kavanaugh's confirmation and the #MeToo movement, sexual assault has been at the forefront of national conversation. FOX 17 asked James what he would do, if elected, to address the hundreds of thousands of untested rape kits in the United States and how he would help the one in three women who will be sexually assaulted in their lifetime.

Before stopping in Muskegon, James campaigned at an event in Grandville with Representative Bill Huizenga, who is up for reelection.

The midterm election is on November 6.