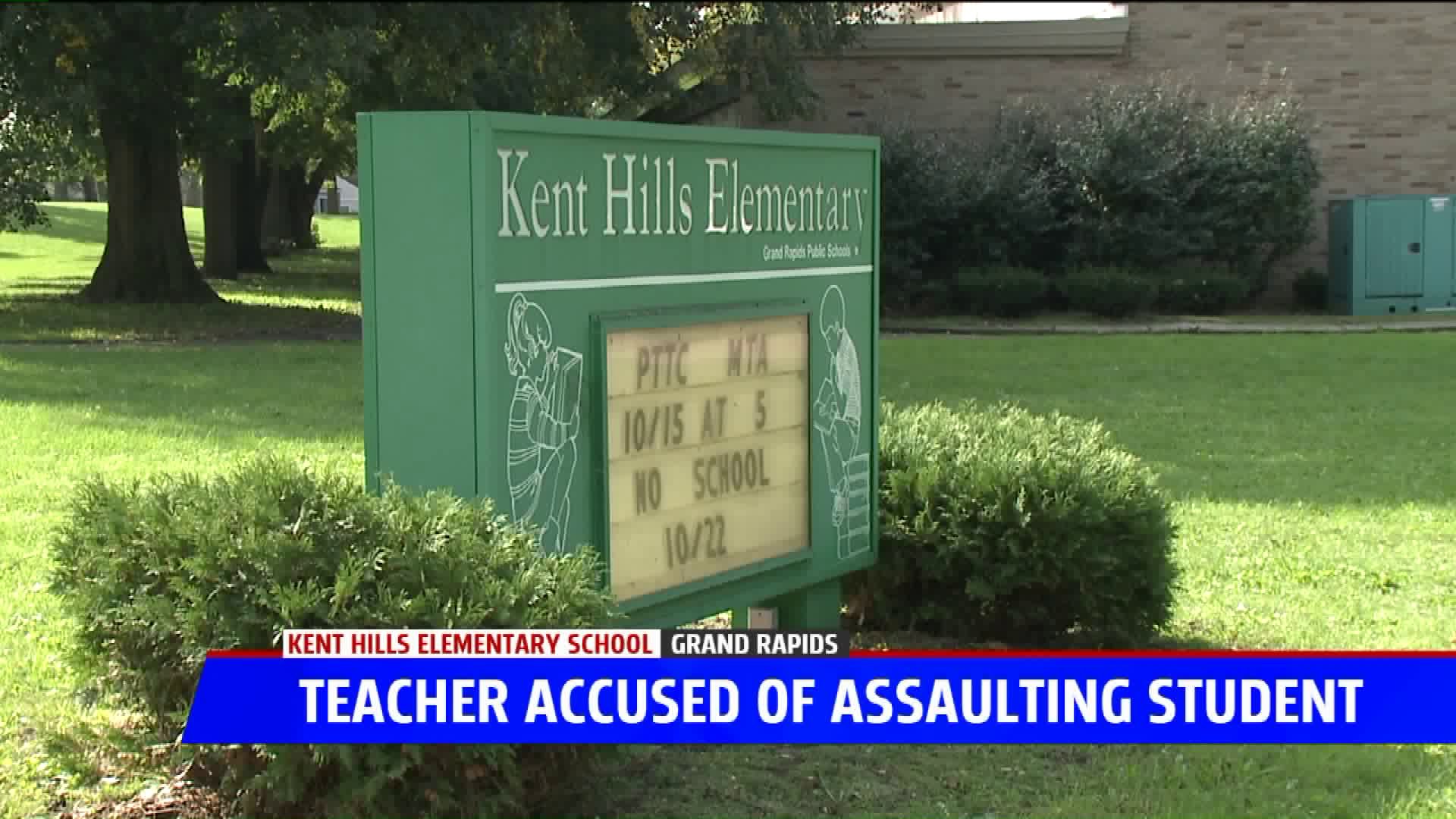 GRAND RAPIDS, Mich. - The Grand Rapids Public School District is investigating an alleged assault of a second-grade student by a teacher at Kent Hills Elementary.

FOX 17 is choosing not to name the teacher in question because he has not been charged with a crime.

John Helmholdt, the spokesperson for the district, says that the district was informed of the allegation Sunday morning from a phone call by a woman named LaDonna Norman. Helmholdt says he told her that he cannot discuss a situation involving someone else's child with her, so she called back with the child's parent.

It was then that Helmholdt says authorities were notified and started their investigation.

On Monday morning around 9 a.m., Helmholdt says the district was in the process of placing the teacher on paid administrative leave while an investigation takes place when a "handful" of adults made their way into the school and caused a disturbance, ultimately causing the school to go on a short lockdown.

“Parents coming up to the school, using threatening and inappropriate language in front of other students and staff, that’s not acceptable," says Helmholdt.

Immediately following the lockdown, Helmholdt says parents of Kent Hills Elementary students were notified about the incident via robocall, text and email.

Public safety officers remained on site for the rest of the day.

Norman streamed the encounter on Facebook live, which may land her and others involved in legal trouble. Helmholdt says that the use of Facebook Live in a school violates the Family Educational Rights and Privacy Act which protects the rights of other students.

Helmholdt says Norman was involved in an allegation last year that accused the same teacher of assault. Helmholdt says an investigation did not yield enough evidence to prove that an assault happened but that the district took action in accordance with its employee handbook.

Helmholdt could not say how exactly Norman was involved with last year's allegation but confirmed to FOX 17 that she is not a parent of the current student involved.

Helmholdt says how the group of adults acted Monday morning at Kent Hills was the opposite way to appropriately handle a complaint with a school.

“We do encourage, work with the principal, work with the communications department, work with public safety," says Helmholdt. "Know that we have the rights and interests of the children and those employees in mind and we’re gonna go through this in the most objective way possible.”

Helmholdt could not comment at this time on whether or not the Grand Rapids Public School District will be pressing charges on the adults who caused the lockdown.

Meanwhile, the current allegation of assault is being investigated by the Grand Rapids Police.