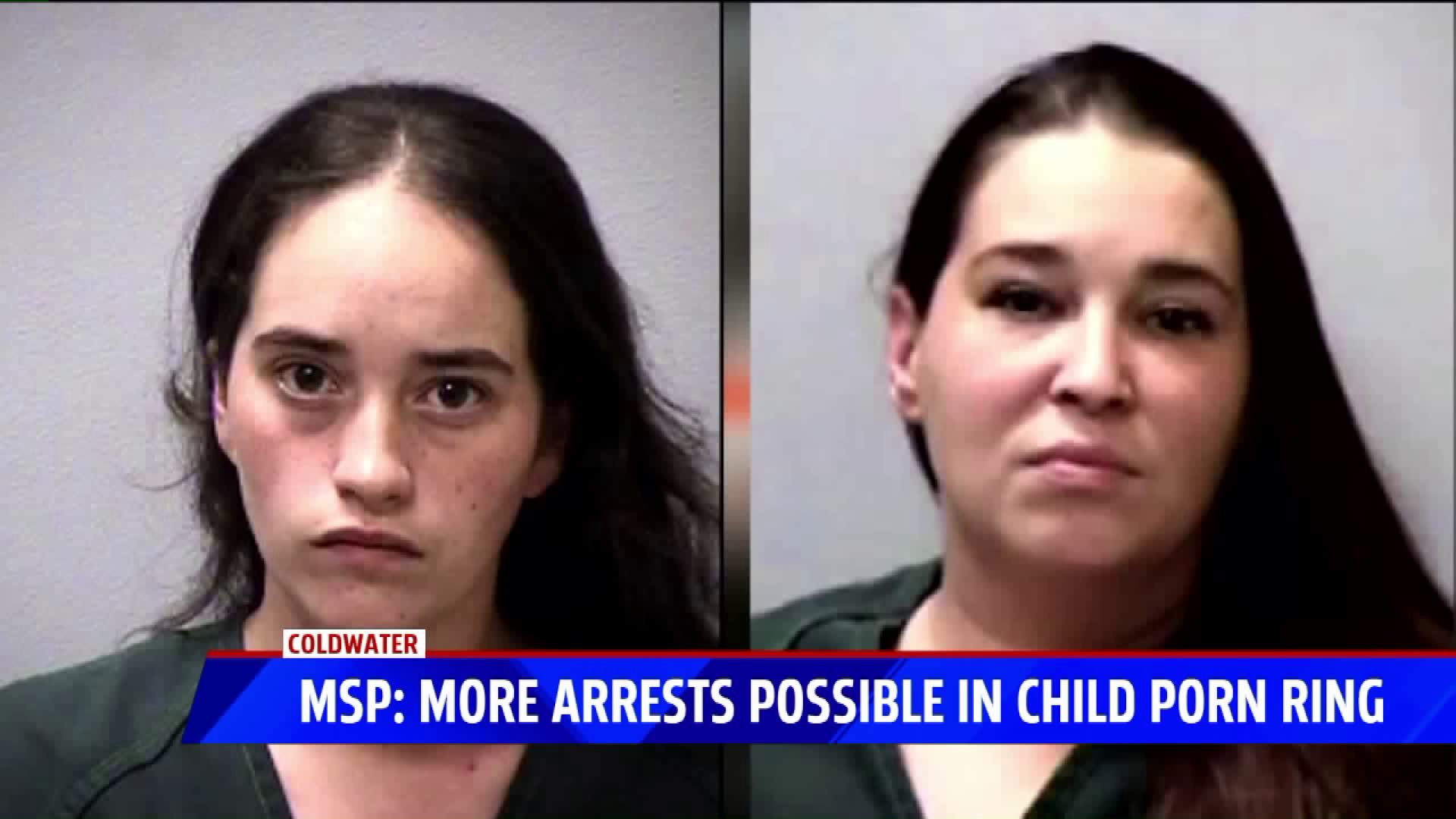 COLDWATER, Mich. — Michigan State Police continue to investigate a child pornography ring that led them to making two more arrests recently. It was a detained suspect’s mobile phone and social media account that led them to two women in Kalamazoo County: Rachel Burrell and Amaris Wyman.

“I started [looking] into a couple more phone numbers and other online chat accounts came up with Rachel Burrell’s name who is an [ex-girlfriend] of [Matthew] Toole’s and they have a child in common,” said MSP Detective Trooper Kyle Bowers of the Computer Crimes Unit, 5th District. “There was photos and videos sent between the two of them of abuse that was happening to an infant.”

Det. Tpr. Bowers said there was inappropriate content on Wyman’s phone and media accounts as well. However the two women did not know each other.

“I still have more info to go off of Toole’s phone, online chat accounts, text messages and emails,” Det. Tpr. Bowers said. “There’s a treasure trove of information that I still have to go through and yeah additional suspects are being developed daily."

Toole is one the first four suspects who were arrested and arraigned in August and September on charges of conspiracy to kidnap, sexually abuse and murder a child. Police allege that Toole, Talia Furman, David Bailey and Jayme Lapointe all planned to kidnap a child from a county fair or Meijer or Walmart and discussed ways to dispose of the body.

“I also have somebody that I was talking to that I asked them straight up I said ‘was this just a kind of talks, where you guys were just fantasizing or was this a real thing?'” Det. Tpr. Bowers said recalling the conversation. “And that person told me “we were dead serious.'”

Det. Tpr. Bowers said he doesn’t know how many other people are involved. However  he’s currently looking through three more accounts and believes more arrests may come in the future.

“I’m not naive,” he said. “I know this is happening elsewhere. But I hope I don’t see a case like this again.”