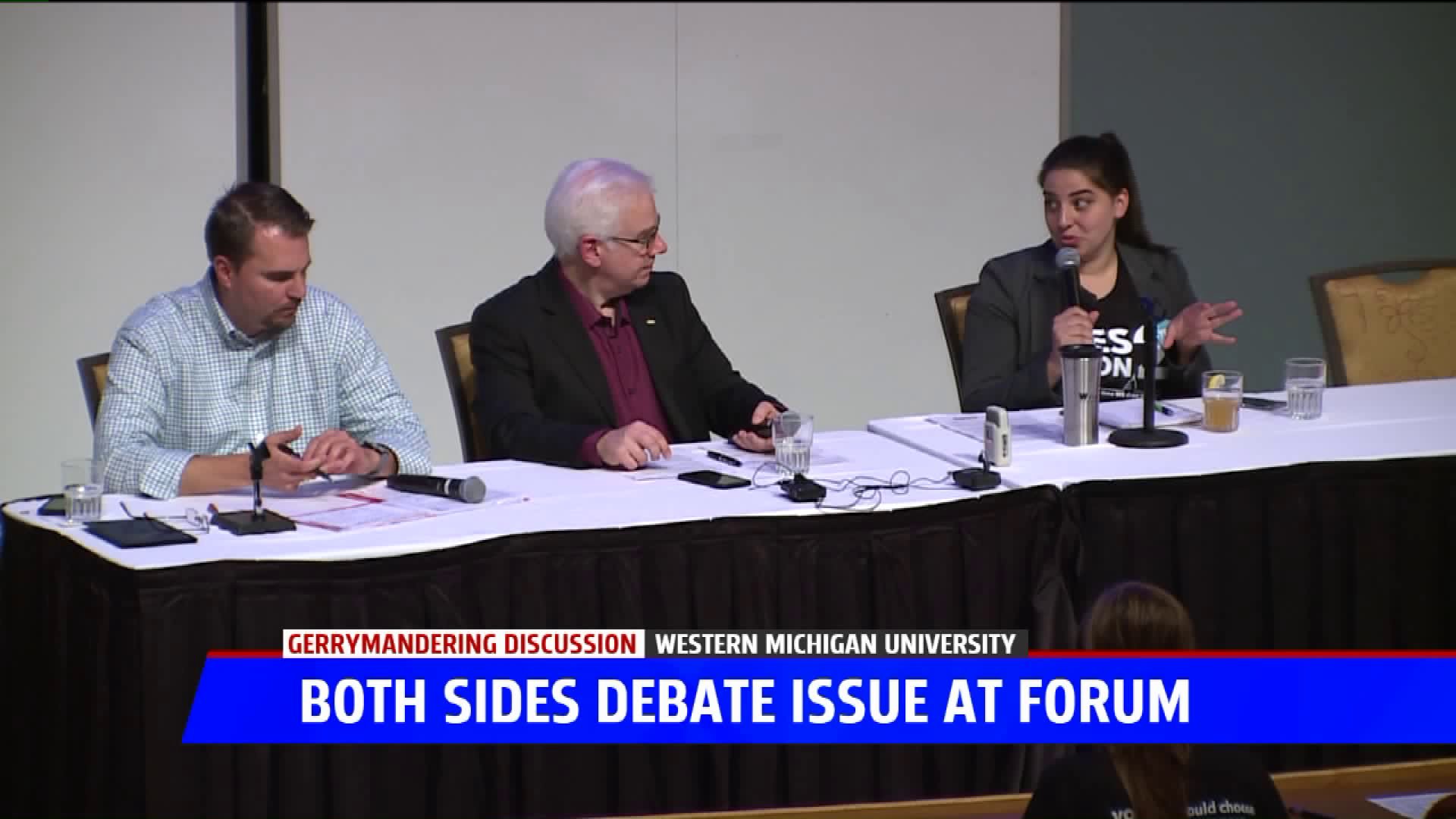 KALAMAZOO, Mich. -- A public forum was held in Kalamazoo Monday to educate voters on Proposal 2, also known as the anti-gerrymandering proposal.

Representatives from both sides of the debate were at Monday's gathering to state their cases and then answer questions from the audience. The panel was hosted by West Michigan University's political science department and the organization We Vote at WMU, which helps get students registered to vote.

Katie Fahey with the organization Voters Not Politicians spoke in favor of the proposal, saying the current system allows election maps to "get manipulated for a political reason." Tony Daunt with the Michigan Freedom Fund spoke against Proposal 2, saying it would be "costly."

Currently, redistricting is done in Michigan every 10 years.  If passed, Proposal 2 would take the task of of the state legislature's hands and give it to an independent commission. That organization would draw district lines, something supporters of the proposal say would keep things more non-partisan instead of keeping certain political parties in power through manipulation of voting districts.